A report by German Colonel Georg Klein to Bundeswehr armed forces officials is likely to play a key role in upcoming hearings by a parliamentary investigative committee probing the government's management of the aftermath of a recent bombing in Afghanistan that resulted in scores of civilian deaths. German Defense Minister Karl-Theodor zu Guttenberg has been under fire for comments he made about a deadly air strike ordered by the German colonel in Kunduz on Sept. 4. Guttenberg, who hadn't yet been appointed as defense minister, has been accused of making misleading statements or possibly lying about his knowledge of the bombings. Guttenberg initially defended the strikes but later distanced himself from the colonel, saying the bombings had been an error.

In the two-page report, German Colonel George Klein detailed the reasons for his decision to give the order to drop two bombs on more than 100 Afghans and two hijacked tanker trucks. It is the only exhaustive explanation yet given by Klein on the subject, despite the fact that he wrote it down one day after the air strike. Up until now, information has only been provided about small portions of the document -- which led the current German defense minister to revise his position on the strikes.

After reading Klein's explanation, Defense Minister Karl-Theodor zu Guttenberg of the Christian Social Union, the Bavarian sister party to Chancellor Angela Merkel's Christian Democrats, said he considered the bombing to have been an error rather than "militarily appropriate."

Sources close to Guttenberg said his change of opinion had been based on the fact that Klein hadn't just described the tanker trucks in the paper, but also his desire to "destroy" the insurgents themselves, who were referred to in the military jargon "INS," for insurgents.

A 'Struggle' to Make a Decision

But it remains unclear why the paper caused Guttenberg's to change his mind about the air strike. A report from NATO's investigation into the incident, which the minister had been provided with earlier, was far more unsparing than Klein's. In his report, the German colonel sought to portray himself as a prudent, cautious and reserved soldier who did all he could to protect the lives of innocent people. He wrote that he needed "close to two hours before making a decision" because he wanted to "be absolutely certain he wasn't falling into a trap set by the informant." He was referring to an Afghan informant who had been in regular telephone contact with a German officer on the night of the bombing and gave regular reports about the situation.

In the apparently hastily written document, which had been requested by the German military command in Potsdam near Berlin and was marked "for German eyes only," Klein portrays himself as the person who tried to rein in the American fighter jets. He wrote that he called for smaller bombs to be used "contrary to the recommendation of the B-1B and F-15E pilots." The German colonel also says that he limited the use of force to the tanker trucks and people in the immediate vicinity and forbade strikes on people elsewhere on the river bank. He wrote that the bombs were dropped solely on the sandbank "in order to definitively exclude the possibility of collateral damage in the neighboring villages."

Klein summed up how difficult it had been for him to issue the order and how he "struggled with the decision to launch in order to rule out the possibility of collateral damage and civilian victims to in the best of his knowledge and conscience." In the end, he said he gave the order because the mission could eliminate "a danger to the soldiers entrusted to me and, at the same time and with the highest probability, solely strike enemies of the reconstruction of Afghanistan."

The document is expected to play a central role in hearings by a committee in the German federal parliament that is currently conducting a probe into the September air strike, which is believed to have killed dozens of civilians near Kunduz. After all, the document raises one of the central questions surrounding the German Bundeswehr armed forces' deployment in Afghanistan: Are or should Germans be permitted to conduct targeted killings in Afghanistan?

Klein addressed the issue in an uncomfortably open way by using the word "destroy." Now Defense Minister Guttenberg will have to explain what he considers to be "militarily appropriate" and why this two-page document changed his view of the disaster in Kunduz. 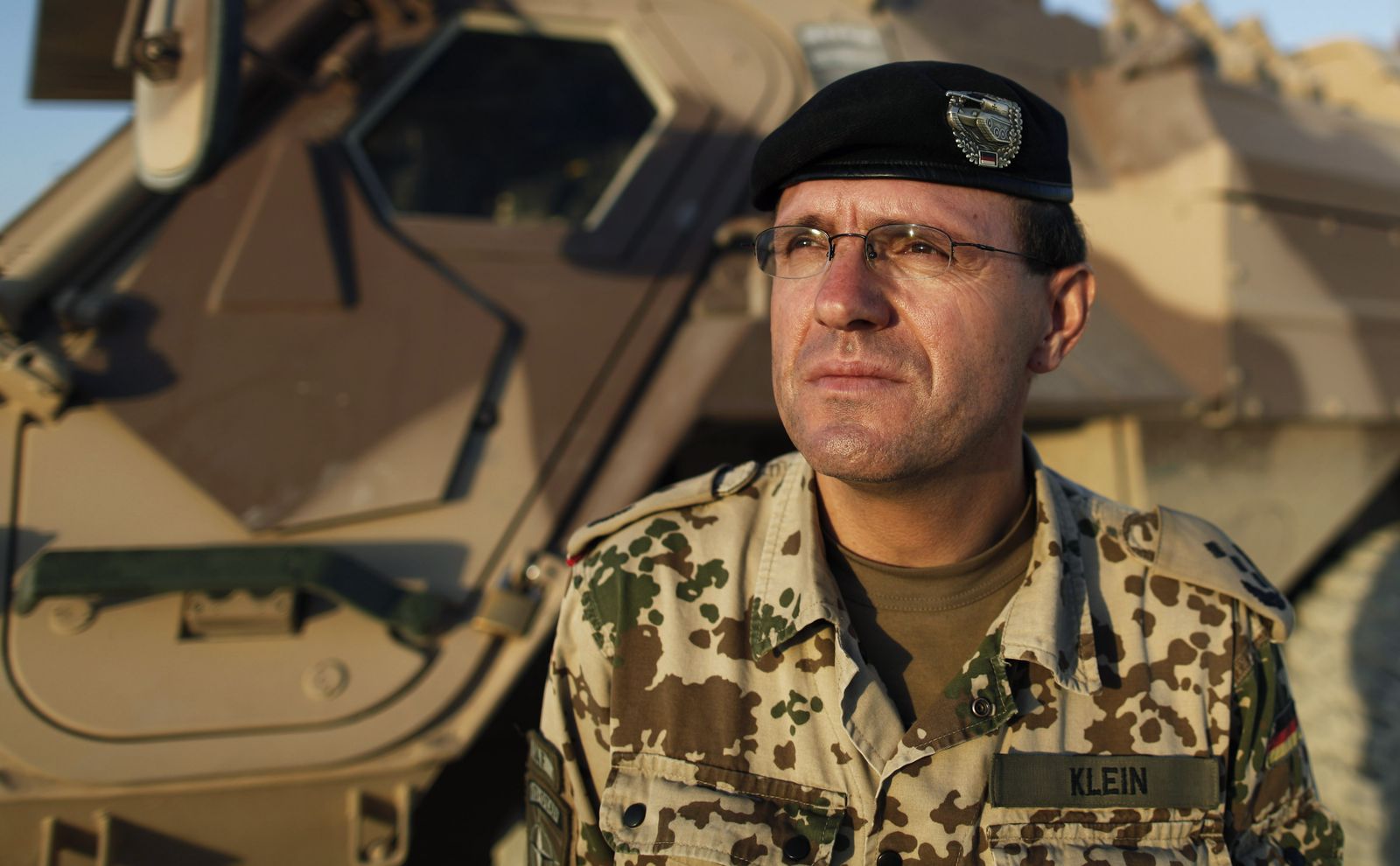 German Colonel Georg Klein's two-page report is expected to play a major role in a parliamentary probe into the bombing of civilians during a Sept. 4 air strike against the Taliban in Afghanistan.