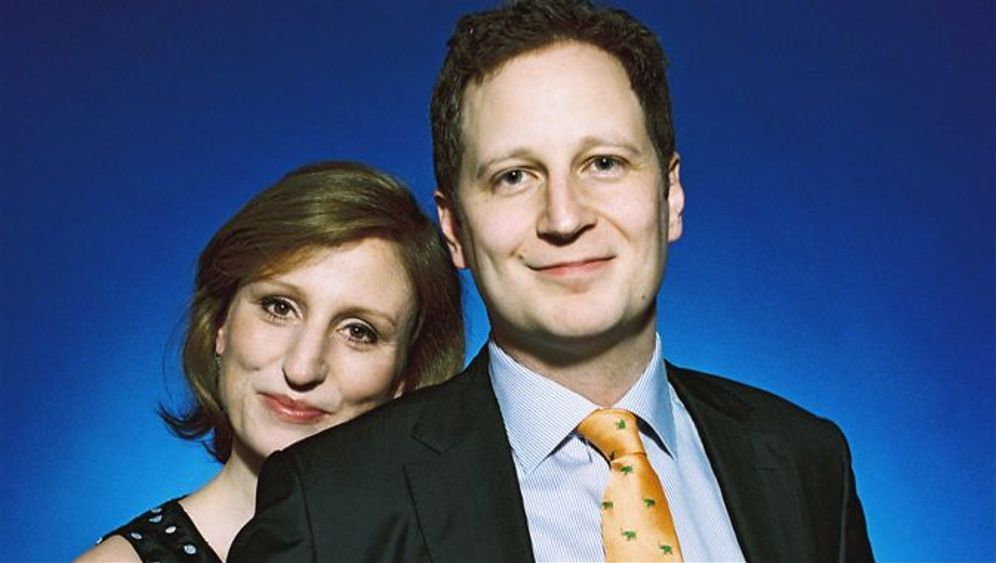 They may not technically be nobility, but Georg Friedrich Prince of Prussia, 35, and his fiancé, Sophie Princes of Isenburg, 33, will still get the royal treatment this weekend in Germany. The great-great grandson of Wilhelm II, Germany's last Kaiser, and the Hessian princess will wed on Saturday in the eastern German city of Potsdam. They have chosen to celebrate their love at the Hohenzollern dynasty's old summer residence, the famed Sanssouci Palace built by Frederick the Great.

Compared to William and Kate the couple are virtually unknown to all but the most dedicated royal-watchers. But if Germany hadn't done away with its monarchy nearly 100 years ago, in 1918, they would be the country's imperial couple. Still, their nuptials will be significantly more modest than April's festivities in London. Although the 700 guests at the event will include members of the international royal set, none will be first-tier nobility.

"There will be no queen, no Princess Kate or Letizia," manager of the former Prussian royal family's affairs, Michael Blankart, told German news agency DPA. Instead, many royal families are sending representatives on their behalf.

About 100 journalists from at home and abroad have registered to cover the wedding, which will also be broadcast live on television -- though only for three hours by regional Berlin-Brandenburg public broadcaster RBB. The meager coverage seems fitting for a couple that is otherwise rather modest. Both work as business managers in Berlin and Rostock, and are reportedly down-to-earth, comporting themselves without class conceits. They opted to tie the knot officially with a commonplace civil ceremony on Thursday, to which the groom drove the couple himself.

The prince, who is seldom found on the pages of German tabloids, lists the "remembrance of Prussian history" and the "preservation of tradition" as some of his interests on the Hohenzollern House homepage. Had he chosen to marry a "commoner," as Prince William did with Kate Middleton, he would have lost his role as leader of the Hohenzollern House. But more than just the desire to wed according to their rank binds the couple, an employee within the Hohenzollern family affairs office told news agency AFP.

Though family representative Blankart says the festivities will be a "private event," the fact remains that, as a descendent of Prussian kings, Georg Friedrich has familial ties to the most important royal families in Europe. This, along with the House of Hohenzollern's 950th anniversary this year, called for at least a little pomp in honor of its "promise for the future of the Prussian house," as described by the Swabian branch of the Hohenzollern family in Sigmaringen.

The couple, who have known each other since childhood, have opted for an ecumenical ceremony because the groom is Protestant and the bride Catholic. Princess Sophie, whose gown will remain secret until she appears, will reportedly wear a diadem and veil, while her groom will wear a morning suit.

The bride will arrive at the Church of Peace in a silver Rolls Royce borrowed from a friend of the prince's in Sweden, Blankart said. Following their exchange of vows, the couple will take a tour in a midnight blue carriage through Potsdam and the Sanssouci Park, past its famous wine terraces and rococo fountains. The jaunt will be followed by a reception with their 700 guests and a smaller gala dinner in the evening.