Several hundred right-wing extremists marched through the streets of Athens. They were carrying banners and waving flags, holding aloft burning torches and bellowing far-right slogans as they beat on their drums. The entire event is captured on video.

The date was Jan. 27, 2007, and the Patriot Alliance, a Greek association of right-wing extremist organizations affiliated with the neo-Nazi party Golden Dawn, had invited right-wingers from across Europe to attend.

Guests from Germany were right in the thick of it. Udo Voigt, head of the German neo-Nazi party NPD at the time, had brought along 13 others, including NPD leaders and top members of the Young National Democrats, as the party's youth wing was known. The Germans, too, were carrying flags, torches and a banner reading: "Fighting today for the ideas of tomorrow!"

According to a document produced by the German Embassy in Athens, this group of "14 neo-Nazis," as they are described, included a certain Andreas Kalbitz. The document was written by a liaison officer of the Federal Criminal Police Office (BKA), Germany's FBI.

Kalbitz, 46 years old today, is now leading the fight for the ideas of tomorrow elsewhere. He is the lead candidate for the right-wing populist party Alternative for Germany (AfD) in the state of Brandenburg, where voters go to the polls on Sunday. Polls indicate that the populists have decent chances of emerging as the strongest political party in the state once the votes have been counted -- a trend seen in many of the eastern German states.

Although the AfD claims that it wants no affiliation with the NPD, Kalbitz has been allowed to remain in the party and continually expand his sphere of influence. He is considered a significant figure in the party's "völkisch wing," the xenophobic-nationalist platform affiliated with the AfD state chapter head in Thuringia Björn Höcke, a man who makes no secret of his extremism and who is, like the entire völkisch wing, on the radar of Germany's domestic intelligence agency.

The document from the German Embassy in Athens shows once again how deep Kalbitz has been rooted in the right-wing extremist scene in the past. In addition to Voigt, senior NPD officials Jens Pühse and Alexander Neidlein were also in the Greek capital in 2007, as were others who remain active in the neo-Nazi party today. One member of the 14-member entourage was under investigation for several years on suspicions that he was attempting to establish a neo-Nazi terror cell. Two others spent time as right-wing extremist mercenaries in Croatia and still another made his money for a number of years by producing neo-Nazi music.

The fact that the BKA documented the trip is the result of an incident that occurred on the day after the group's arrival in Athens. "Despite a warning from the hotel owner not to do so," the embassy report reads, the group hung a swastika flag from their balcony at the Solomou Hotel.

That night, unknown perpetrators "from the anarchist scene" threw Molotov cocktails into the hotel entrance and onto the balcony, according to the report. Nobody was injured, but property damage resulted, which is why the police were called. The BKA liaison officer collected the findings in her report numbered ATH 019/07.

Two days later, a BKA agent back in Germany delivered further details about the members of the group that had traveled to Athens. According to the agent, six of them were considered to be "politically motivated offenders (right wing)." There was no information about the other eight group members, the agent in Germany noted. "It can be assumed, however, that they, like the majority of the persons listed above, are affiliated with right-wing extremist parties like, for example, the NPD."

The march in Athens wasn't the only time Kalbitz had close contact with the NPD. The AfD politician's name can also be found on a list of those interested in the neo-Nazi NPD that was assembled in 2007. In 2015, he became the head of a revisionist association, the board of which also included NPD politicians. In 2017, a Munich-based NPD member wrote on Facebook about his "years-long political friendship" with Kalbitz.

In 1993, Kalbitz was a member of the right-wing extremist group Witikobund and wrote articles for its newspaper. As RBB, the local public broadcaster for Berlin and Brandenburg, recently reported, he also apparently attended a camp organized by the far-right nationalist group Heimattreue Jugend. In 2007, he took part in another camp organized by a successor group to the Heimattreue Jugend, which was later banned. Kalbitz has received at least one email from the group's national leader, as he has from infamous Holocaust denier Horst Mahler.

When reached for comment, the AfD politician didn't deny the trip to Greece. "It is true that I was in Athens 12 years ago," he wrote in a statement, adding that the invitation came through a foreign contact. "There was an array of German and other international visitors to this event beyond the 'group' you refer to. Regarding the Molotov cocktails and other incidents, Kalbitz says he can say nothing because he wasn't present. He also says today that he didn't enjoy the march. "In the subsequent evaluation of this event, it wasn't sufficient to awaken my further interest, neither in its political goals nor in the makeup of the participants."

Kalbitz also wrote that he "was at no time a member of the NPD," that he never "became involved" with the party and had "no personal contacts." He says he stands "immovably on the foundation of the German constitution, including when it comes to consistently staying away from right-wing extremist endeavors." He wrote that the request for comment was "merely defamation of his person and media propaganda."

The other members of the trip won't likely be pleased by Kalbitz's answers. After all, they quite enjoyed their trip to Athens. It was, wrote one participant on an NPD website, "an unforgettable experience." 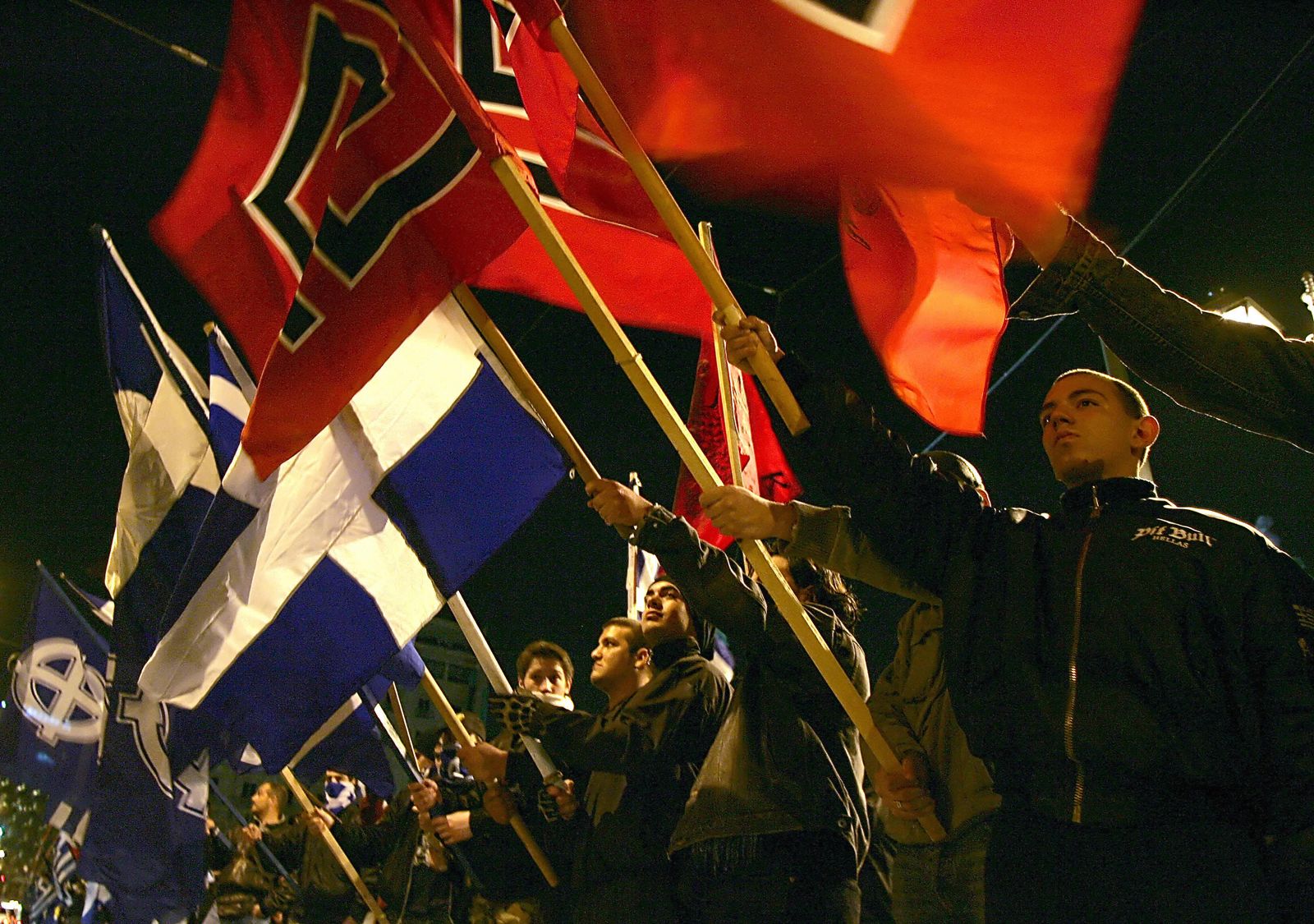 A right-wing extremist march in Athens in 2007