Last month, Turkish journalists had been left out when the court allocated passes on a first come, first served policy. That caused an outcry because most of the victims of the National Socialist Underground (NSU) terror cell were of Turkish descent. The last surviving member of the NSU, Beate Zschäpe, faces trial from May 6, along with four alleged accomplices.

The court postponed the start of the trial from its original date on April 17 to sort the problem out after the Federal Constitutional Court, responding to a complaint from a Turkish newspaper, ordered it to allocate seats to foreign journalists.

In an attempt to be completely fair, it decided to raffle the press passes. The venerable Frankfurter Allgemeine Zeitung, and another national broadsheet, Die Welt, failed to get press accreditation in the lottery conducted on Monday. Die Tageszeitung, another well-known German newspaper, also failed to get a seat.

All three said on Monday they were considering legal action against the allocation. Publications that obtained seats in the raffle included lesser known newspapers such as local paper Hallo Munich and women's magazine Brigitte.

"The most important trial this year and the three big national quality papers in the country are left out, unlike the classified ad paper Hallo München -- that's absurd," said Jan-Eric Peters, editor-in-chief of the Die Welt newspaper group. "We're considering legal action to clarify this."

Four seats have been reserved exclusively for the Turkish media. Not a single major English-language media organization, with the exceptions of Al-Jazeera and German press agency, has been assigned a seat in the gallery. 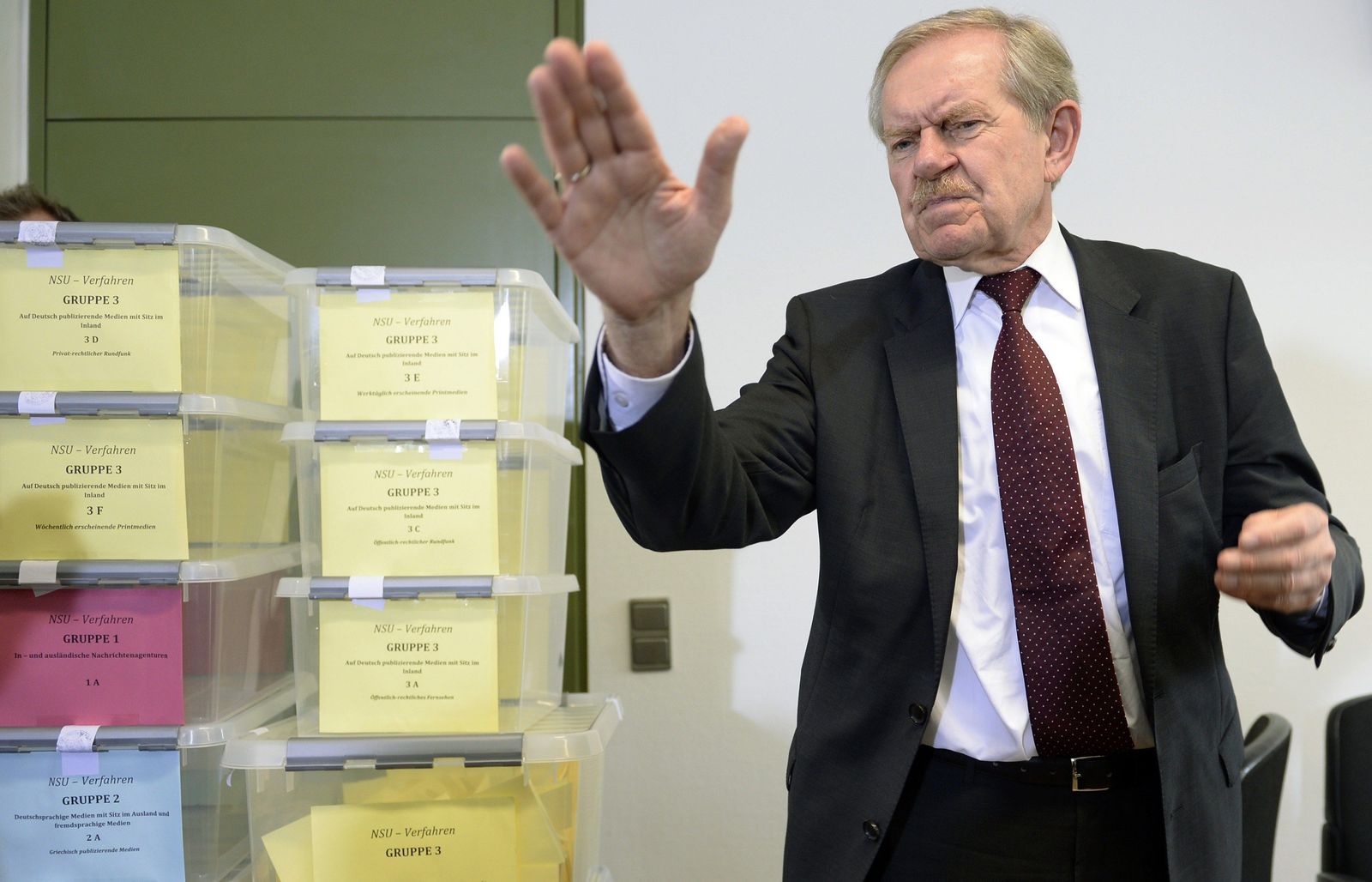