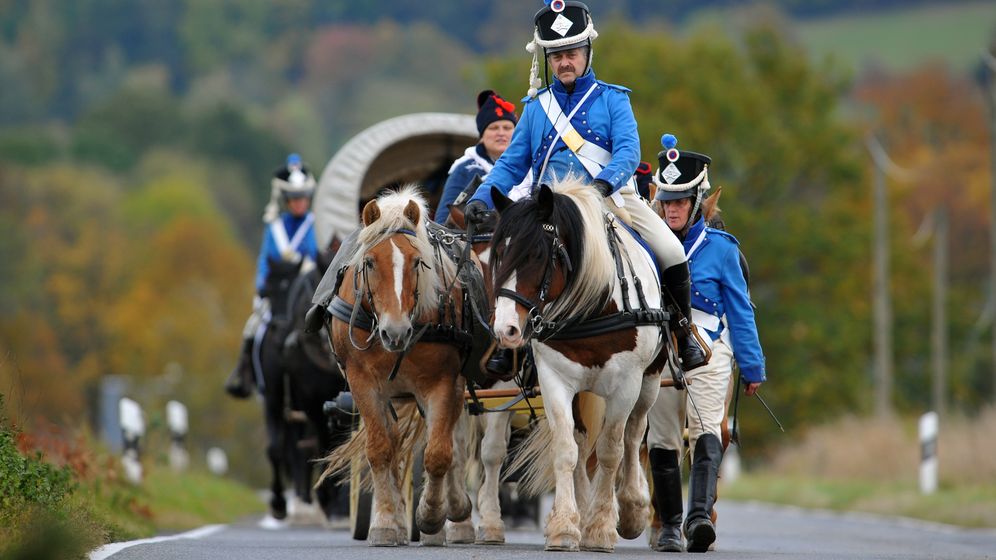 Anyone near the eastern German city of Leipzig this weekend might feel as though they've just stepped out of a time machine. That's because the city is gearing up for Sunday's massive reenactment of the Battle of Nations in commemoration of its 200th anniversary.

Thousands of people will don period costumes, mount horses and raise their muskets and sabers to recreate the decisive battle between Napoleon's forces and allied troops from Austria, Prussia, Russia and Sweden.

The battle occured during the height of the Napoleonic Wars, which lasted from 1800 to 1815. It was a time when the French held sway over large swaths of Europe, including the German states.

However, the tide had shifted against Napoleon in 1812 after Russian forces rebuffed a French onslaught. Shortly after retreating from Russia, the French emperor launched a fresh military campaign in Germany in 1813, but failed to take Berlin. Napoleon instead moved on to Leipzig in the southeast region of Saxony.

It was one of the deadliest battles of the Napoleonic Wars, delivering a decisive blow to Napoleon's reign over the Germanic region. Historically, it is known as the bloodiest battle in Europe prior to World War I.

Though he is technically a bit too tall for the part, French lawyer and amateur historical impersonator Franck Samson, 46, is set to take on the role of Napoleon I in the battle reenactment, the AFP news agency reports. Samson played the French leader for the first time eight years ago, and has reportedly become so attached to the persona that he has taken up horseback riding and even learned Napoleon's native tongue of Corsican.

The city of Leipzig is hosting a number of events and exhibitions to commemorate the anniversary of the French defeat. But the battle reenactment, which the city says is of an "unprecedented dimension," will certainly be the largest event -- including 6,000 players, horses and artillery, and reconstructed encampments and a historical market. Tickets to the battle can be purchased for €15.