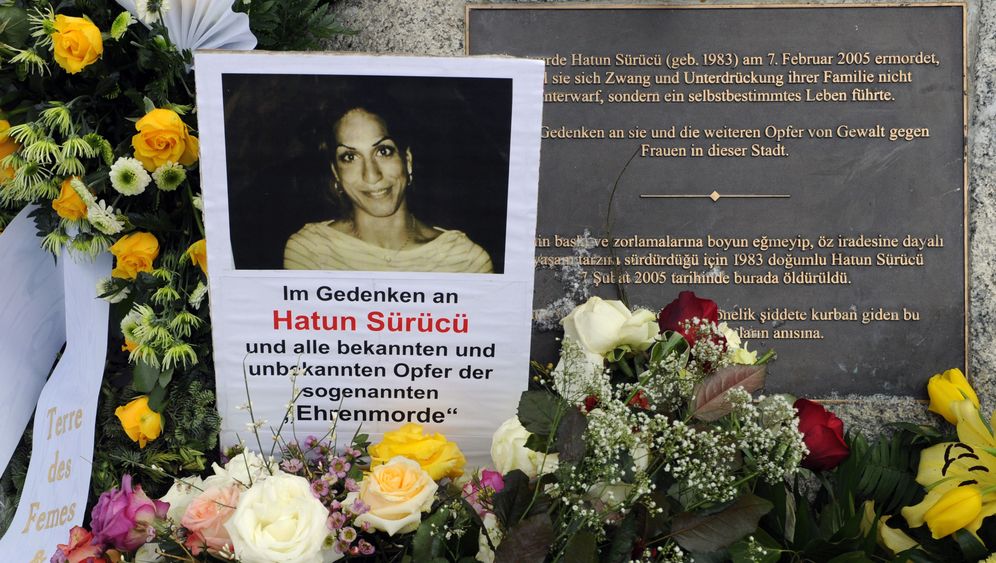 In March 2009, 20-year-old Gülsüm S. was killed by her father and her brother. The men hit her in the face with branches and pieces of wood in an assault so brutal that it was difficult to identify her body. The Kurdish woman had to die because she was no longer a virgin. Because she had had an abortion. Because the family felt dishonored by her actions.

In 2005, Hatan Sürücu was killed with several shots to the head -- fired by her brother.

Who are the killers? Why do they kill? How does the German justice system punish them?

A study by the Max Planck Institute for Foreign and International Criminal Law, which has been obtained by SPIEGEL ONLINE ahead of its release, provides the most comprehensive overview yet of so-called "honor killings" in Germany. The researchers investigated 78 cases with 109 victims and 122 perpetrators.

The 250-page document outlines crimes of staggering brutality, such as the 22-year-old Turkish man who killed his younger sister by stabbing her 46 times because she had separated from her husband. Or the Jordanian whose underage daughter had to die because she rejected her boyfriend.

The researchers pored over court documents and BKA files, and combed through newspaper archives. "There has never been such an empirical overview of honor-related killings in Germany," said Oberwittler, the head of the research team.

Number of Killings Not Increasing

The study refutes a widely-held view that the number of honor killings in Germany is increasing. While the numbers vary from year to year -- there were two in 1998 and 12 in 2004 -- the average has remained at between seven and 10 cases per year.

The huge spike in media coverage of such cases has created the false impression that they are on the rise, the researchers say.

Virtually all such homicides are linked to the "lack of female submission to the control of a patriarchal family will," the study says. The woman's choice of partner is supposed to be a matter for the family. If she resists, she is seen as besmirching the "honor" of her parental home.

The researchers distinguish between four types of cases:

In many cases several people, mostly family members, committed the killings together.

At first sight, the large number of male victims is surprising. A total of 43.1 percent of honor killing victims were men. However these were in most cases "additional" victims that were killed alongside the "actual," female victims. That means that the killers were targeting a woman and killed her friend/partner/lover at the same time.

Most of the victims were young. More than half were aged betweem 18 and 29. Seven percent of victims were underage, the remainder were 30 and over.

Problem is 'Serious, But Limited'

The killers tend to be older, with 32 percent aged 40 and over. Most of them -- 76 of 122 -- were of Turkish descent. People from Arab states and from the former Yugoslavia come a distant second and third.

Fewer than 10 percent of the killers were born in Germany and only 7.6 percent had German citizenship. Honor killings are hardly ever committed by second or third-generation immigrants. This, says Oberwittler, is a sign "that integration is working in Germany. The problem of honor killings is serious, but limited."

More than a third of the killers were unemployed. Most of the remainder were poorly educated and in manual jobs.

The study says German courts are in many cases failing to adhere to the ruling by the Federal Court of Justice that honor killings be treated as having "base motives," which tends to lead to more severe sentences. But in fact, base motives were only determined for 28 out of the 87 people convicted.

In around 40 percent of cases, the honor killing aspect wasn't even addressed. In 15 cases, the judge even deemed the "honor" motive as a cause for leniency. "Those are mostly cases in which the family environment exerted a lot of pressure on individuals. Younger perpetrators have been influenced in that way. They are often people who haven't been in Germany long," said Oberwittler.

The research team based its study on strictly empirical research. But Oberwrittler is aware that the results could fan prejudice against immigrants in Germany. That is why he stresses: "Such crimes are almost exclusively committed by a small, poorly integrated underclass. The 'honor killing' is in no way typical behavior for the Turkish community in Germany."