Everyone knew that this year would be a difficult one for Chancellor Angela Merkel. As 2010 drew to a close, her governing coalition seemed incapable of agreeing on much of anything, a series of state elections threatened to eat into her party's power and euro-zone debt concerns had yet to be alleviated.

Few, though, foresaw things getting quite as bad for Merkel and her government as they have this week. Not only is the chancellor facing significant doubts from within her conservative Christian Democrats regarding the Greece bailout package recently assembled by euro-zone member states, but Berlin's decision to stay out of the fight for Libya has never looked more short-sighted and self-serving than now.

The criticism has been withering. In reference to Libya, media commentators have begun referring to the Berlin "debacle" and "Germany's shame." More concerning for Merkel, however, is the heft provided by condemnation from the likes of German President Christian Wulff, former Interior Minister Gerhart Baum and ex-Chancellor Helmut Kohl.

All three have weighed in this week -- and all three have furthered the widely held view in Germany that Merkel and her Foreign Minister Guido Westerwelle do not have a firm grip on the rudder of the ship of state.

Perhaps most painful for the chancellor were the comments from her erstwhile mentor Kohl. In recent years, he said in an interview this week with the magazine Internationale Politik, Germany "has not been a reliable power -- neither in domestic policy nor in foreign policy." He claimed to often wonder "where Germany stands today and where it is heading."

Kohl, who originally plucked Merkel out of obscurity to make her a cabinet minister in 1991, was referring primarily to trans-Atlantic relations and to concerns that the US no longer sees Germany as a vital foreign partner. But his comments hit the headlines just as Libyan rebels entered Tripoli, an event which made Berlin's March refusal to support NATO's bombing campaign in Libya appear all the more misguided.

Indeed, even more than Merkel's halting recent efforts at overcoming the significant problems facing Europe's common currency union, it is the Libya issue this week which has shone the spotlight on Berlin's recent lack of statesmanship. The chancellor and her government were heavily criticized both at home and abroad when Germany abstained from the United Nations Security Council vote which authorized the imposition of a no-fly zone over the North African country. And since then, Foreign Minister Westerwelle, from Merkel's junior coalition partners, the business-friendly Free Democrats, has remained largely silent on the issue, aside from a few strident attempts to defend his decision.

Until this week. Instead of acknowledging NATO's role in putting an end to Gadhafi's rule in Libya, Westerwelle gave a radio interview on Tuesday in which he suggested that German sanctions against the Gadhafi regime had played an important role in toppling the eccentric autocrat. The sanctions, he said, have "apparently been successful."

To those familiar with Westerwelle's many years as a leading voice in the opposition, such petulant outbursts are hardly out of the ordinary. But they have become tiresome to his boss Merkel, his own party and the German electorate. Indeed, although he is no longer FDP leader, Westerwelle is largely to blame for his party's descent in national public opinion polls to well below 5 percent.

The reaction in Berlin to Westerwelle's interview has largely been one of silent disgust. With two state elections approaching -- one in Mecklenburg-Western Pomerania a week from Sunday and a second in Berlin later in September -- few politicians within the coalition wanted to remind voters of the bickering and backbiting which has characterized Merkel's government since she was re-elected in 2009.

Indeed, it was left up to Gerhart Baum, a former German interior minister and eminence grise of the FDP, to say aloud what everyone was thinking. "Constantly referring to the sanctions supported by Germany which allegedly toppled the (Libyan) regime is sanctimonious," he said. He went on to say that Westerwelle has "taken the wrong position in the Libya question and the entire party has to pay for it."

There are those among Merkel's conservatives who are likely thinking the same thing. The chancellor is currently facing determined opposition among conservative parliamentarians who are concerned about plans to expand the €440 billion euro backstop known as the European Financial Stability Facility (EFSF). She has been busy this week trying to prevent an all-out revolt ahead of a crucial September vote on the issue in parliament. Even Norbert Lammert, the CDU president of the German parliament, has indicated his dissatisfaction with Merkel's handling of the euro issue.

And, to top it all off, German President Christian Wulff publicly blasted the European Central Bank this week for its strategy of buying up state bonds of heavily indebted euro-zone countries, saying he doubted the practice's legality.

No Relief in Sight

Such is the rock. Kohl provided the hard place. His criticism of the chancellor in the Internationale Politik interview was not limited to her foreign policy profile. The committed European also repeated his vociferous critique of Merkel's halting attempts to prevent the euro zone from crumbling. He said that "we have no choice" but to provide aid to Greece. Europe, he feels, needs "energetic action and a package of forward-looking, intelligently thought-out measures free of ideology with which we can get Europe and the euro back on track and secure our future."

The bad news for Merkel and Westerwelle is that things are likely to get worse for their government before they get any better. Already, their two parties have suffered a dismal year at the polls. It doesn't look as if next Sunday's election in Mecklenburg-Western Pomerania will promise much relief. The CDU are well behind the center-left Social Democrats in the polls. As for the FDP, they likely won't make it into the state parliament at all. 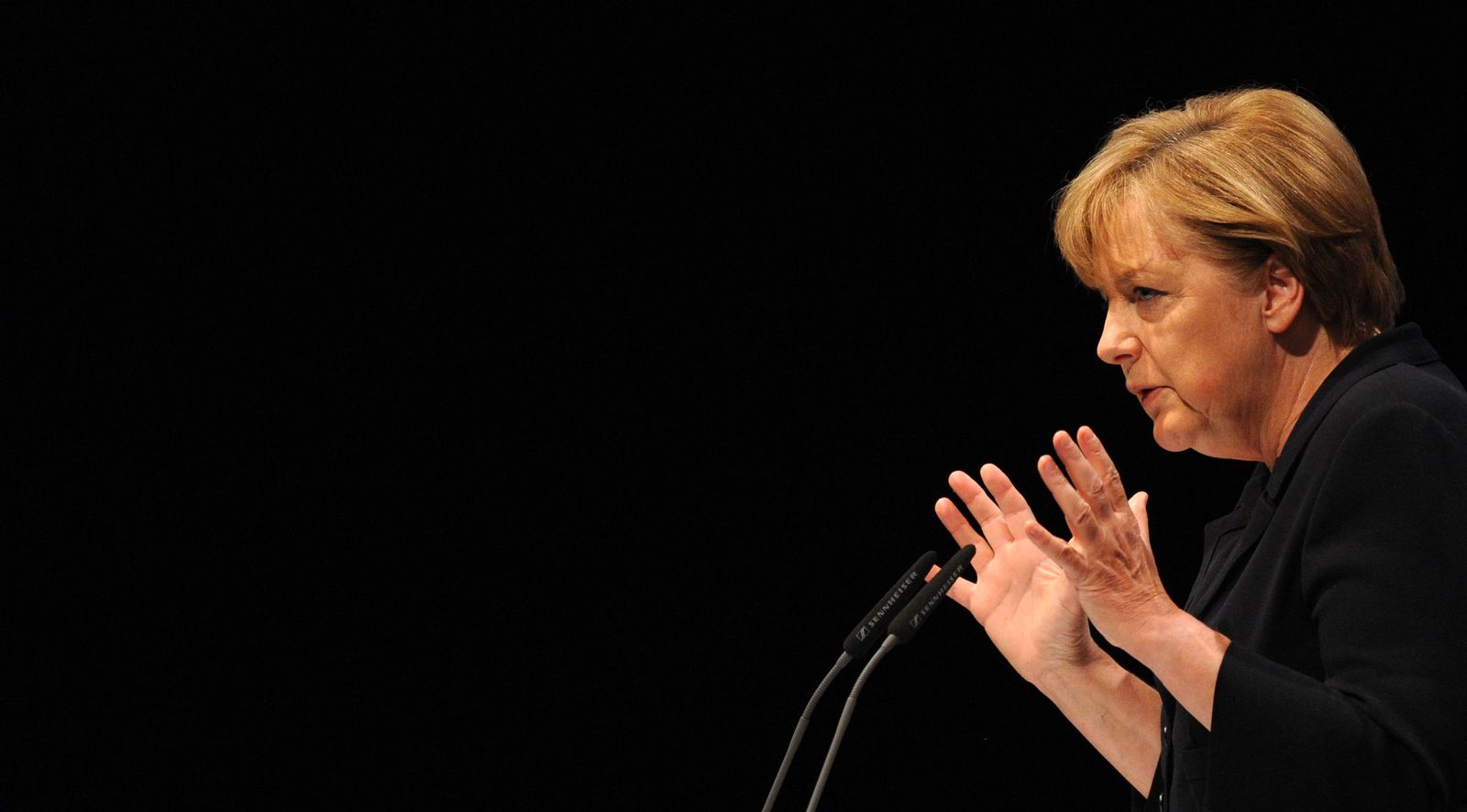 Chancellor Angela Merkel has not had a good week.