She has been called Germany's Margaret Thatcher. She has been compared favorably to the "Iron Chancellor," the country's well-respected pre-World War I leader Otto von Bismarck. At the beginning of this year, Time magazine even dubbed German Chancellor Angela Merkel as "Frau Europe."

These days, though, Merkel is striking a dramatically different figure. Just eight months into her second term in office, her center-right coalition appears frayed and it has shown a clear preference for infighting to governing in recent weeks. Even more concerning, repeated efforts by the chancellor to turn down the volume on the bickering have failed. Increasingly, Germany's erstwhile strongwoman is looking weak, like she has lost her leadership touch.

"She seems to be just muddling through," Gero Neugebauer, a political science professor at Berlin's Free University, told SPIEGEL ONLINE. "Her government is behaving like mere bookkeepers. And bookkeepers are just that -- they are not the head of the enterprise."

It is an impression that has been building throughout the year. Merkel was heavily criticized both domestically and internationally for her molasses-like response to the Greek debt crisis, which earned her the nickname "Madame Non," and voters in North Rhine-Westphalia delivered her party a thrashing in a state vote there in May. But as disagreements within her governing coalition have exploded into the headlines this week, there are some who speculate that Merkel's second term could very well end prematurely.

Ironically, much of this week's bickering was triggered by Merkel's effort to finally try to provide her government with a clear mission. With Europe mired in a national debt crisis, the chancellor and her cabinet agreed on Monday to an austerity package designed to save €80 billion by 2014. Merkel, it seemed for a brief moment, would go down in history as the chancellor who not only guided Germany through the global financial crisis, but also balanced the budget afterwards.

Just days later, however, it looks as though that encyclopedia entry might have to wait. Criticism of her austerity program has been fierce, with many of the barbs coming from within her own governing coalition. Indeed, leading members of Merkel's Christian Democrats (CDU) have blasted the package for placing too great of a burden on Germany's poor while leaving the better off untouched. Some have proposed raising taxes on those in the upper brackets -- a suggestion which, in turn, has made her already-pouting coalition partners from the pro-business Free Democratic Party (FDP) positively apoplectic.

Of greater concern, however, is the fact that many voices from both within and outside of politics have begun doubting whether Merkel's austerity package will have the effect she claims it will. The package includes cuts to some welfare benefits, a new tax on radioactive waste for operators of nuclear plants and a levy on air travel. Many, though, have pointed out that large portions of the austerity package are ill-defined. A streamlining of the military, for example, is supposed to save €2 billion a year. Improved efficiency in unemployment offices is to cut spending by €5 billion a years and a reduction in bureaucracy, it is hoped, will slash outlays by €4 billion annually. The plan also includes €5.6 billion in savings in 2014 through "comprehensive expenditure reductions."

Merkel sought to calm nerves on Wednesday, acknowledging the critique but defending the austerity program. The key now, she said, "is to make the package reality." In a clear effort to nip the bickering in the bud, she said: "After examining the situation, I have decided that this package, as we have presented it, is a balanced and correct program."

Still, the austerity package debate is just one front in the intra-coalition war currently being waged. And, if anything, it is the more civilized one. Of particular note is the exchange of insults this week between the FDP and the Christian Social Union (CSU), the Bavarian sister party of Merkel's CDU. For months, the two parties have tussled over competing ideas on health care reform, with Health Minister Philipp Rösler, a member of the FDP, repeatedly being singled out for critique from Bavaria.

Earlier this week, the FDP ran out of patience. Daniel Bahr (FDP), a high-ranking official in Rösler's Health Ministry, said that the CSU was behaving like a "wild sow, they are only being destructive." In response, CSU General Secretary Alexander Dobrindt blasted the FDP as a "troop of cucumbers" -- an affront in the insult-poor German language which is roughly akin to calling the party a gaggle of bumbling idiots. The CSU also called on Merkel to clear the waters.

Merkel, though, has been having difficulties doing so lately. No matter what she says these days, the bickering seems to continue -- and public support for her government continues to fall. A recent public opinion poll found that just 5 percent of the German public approve of the FDP, down from 14.6 percent on election day last September. Approval of Merkel's conservatives is at a four-year low.

Putting Its Foot Down

The FDP in particular seems to have thrown caution -- and political discipline -- to the wind. Party head Guido Westerwelle, who is also foreign minister and Merkel's vice chancellor, has cut an especially poor figure in Berlin as his party spent months promising tax cuts even as economic realities made such cuts an impossibility. Now, with some in the CDU calling for a tax increase for Germany's top earners, the FDP is trying to put its foot down.

Several FDP leaders on Wednesday said that the FDP would not tolerate any tax increases whatsoever. And, with Merkel facing a crucial test of her power later this month as lawmakers and state delegates gather to name a successor to President Horst Köhler -- whose surprise resignation last week shocked even Merkel -- the FDP is threatening to rebel. Merkel's candidate Christian Wulff has excited few, and on Wednesday, Jörg-Uwe Hahn, head of the Hesse chapter of the FDP, said "the majority for Wulff in the Federal Assembly (eds. note: the Federal Assembly, made up of federal lawmakers and state delegates, elects the German president) is unsafe as long as the FDP delegates continue to be frustrated with (Merkel's conservatives.)" Many German commentators assume that, should Wulff lose the upcoming vote, Merkel's coalition would dissolve.

Merkel, though, has given no indication that she will seek to improve relations with her partners at the FDP. On Wednesday, just hours after Economy Minister Rainer Brüderle (FDP) said that there would be no state aid forthcoming for ailing carmaker Opel, Merkel contradicted him. "The last word has not been spoken" on the issue, she said. The back-and-forth continued on Thursday.

The months of bickering has taken Germany largely by surprise. When the FDP joined Merkel's conservatives following last September's vote, many assumed that the center-right coalition would function just as harmoniously as it did under Chancellor Helmut Kohl in the 1980s and 90s.

Should her coalition not be able to post some significant successes by a string of state elections next year, he continues, "then I don't think the coalition will survive." 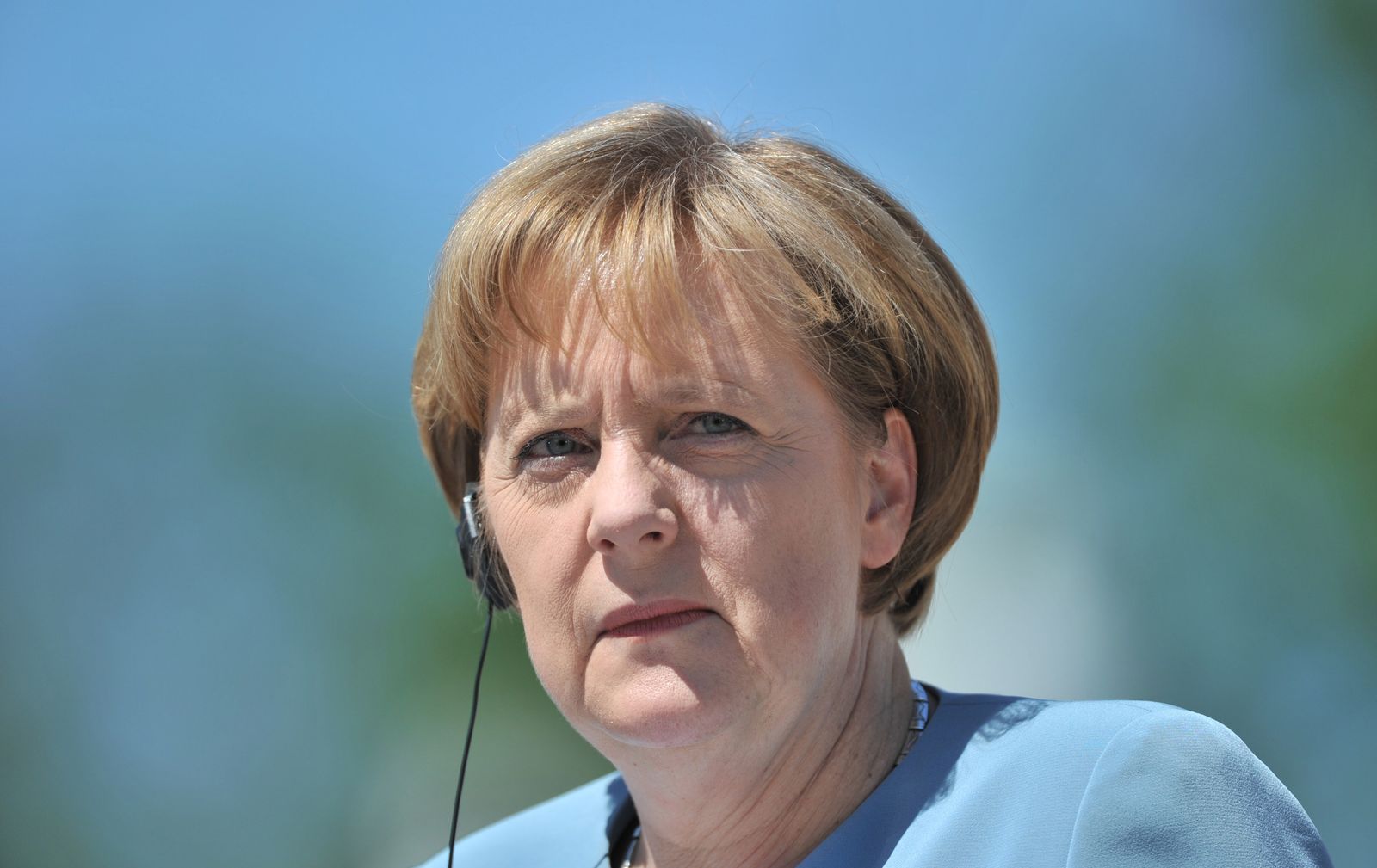 German Chancellor Angela Merkel's leadership has been under fire lately.