Chancellor Angela Merkel faces a marathon of seven key state elections in 2011 that could determine the fate of her center-right coalition, which has suffered a slide in popularity over the last year.

There is a chance that her conservative Christian Democratic Union (CDU) could lose every one the votes, which would deal her authority within the party a stinging blow and could even scupper her chances of standing for a third term in 2013.

The CDU's junior coalition partner, the pro-business Free Democratic Party (FDP), has slumped so badly in opinion polls that it may crash out of a number of state parliaments altogether. It is unclear whether Guido Westerwelle, the foreign minister, would be able to hold on to his post as FDP leader if the party were to suffer such humiliation at the ballot box.

The domestic political impact of such clusters of state votes has often been likened to that of the US mid-term elections. The difference is that the German voting isn't confined to one day, which means the country will be in constant election campaign mode from now until September.

There have been calls to change the system and have regional state elections all on the same day to spare the country months of political gridlock as politicians shelve unpopular decisions to avoid damaging their party's regional election chances. But so far, no change has been made.

The outcome of the elections in seven of Germany's 16 states will determine the makeup of the Bundesrat, the country's upper legislative chamber, and thus have a direct effect on Merkel's ability to conduct policy. But the psychological impact in terms of the potential damage to her political standing could be even greater.

The season starts on February 20 with an election in the city state of Hamburg which the CDU is widely expected to lose. Elections in the states of Saxony-Anhalt, Baden-Württemberg and Rhineland-Palatinate follow in March before voters in the city state of Bremen go to the polls in May. The eastern German state of Mecklenburg-Western Pomerania and the city-state of Berlin close out the election season in September.

Support for the coalition has dropped sharply since Merkel shifted her party to the right after forming a government with the FDP following the September 2009 general elections. Her decision to extend the lifespans of Germany's 17 nuclear power stations by 12 years on average and her support for Stuttgart 21, the controversial underground railway station project, has sharpened the right-left divide in German politics and propelled the opposition Greens to unprecedented highs above 20 percent in opinion polls in 2010.

Were a general election to be held now, the government would be ousted by a center-left alliance of Social Democrats and Greens, according to opinion polls which put support for her government at just 37 percent.

FDP on the Ropes

The FDP, traditional kingmaker in German politics, scored 14.6 percent in the 2009 general election, its best result in a national vote. But its support has slumped to less than 5 percent since then because of its failure to honor its tax-cut pledges and because of a public perception that its ministers have not performed well in government.

Most recently, it has been hit by revelations in US diplomatic cables leaked to the whistleblower website Wikileaks that Westerwelle's chief of staff in the FDP, Helmut Metzner, passed secret information to US diplomats during the negotiations to form the government last year.

In short, 2011 could turn into an annus horribilis for Merkel, despite a rapidly recovering economy. Export-led growth is set to continue, albeit at a slower pace than the 3.5 percent expected for 2010, the strongest boom since unification in 1990.

Baden-Württemberg Loss Would be Disastrous for CDU

The March 27 election in Baden-Württemberg is the most important of the 2011 elections. It is a traditional CDU bastion, having been ruled continuously by the party since 1953. It is also one of the country's wealthiest states, home to industrial powerhouses like Daimler, Porsche and Bosch as well as a myriad of medium-sized businesses that churn out high-tech industrial equipment currently in great demand around the world.

Opinion polls suggest that the center-left Social Democrats (SPD) and the Greens have a realistic chance of ousting the CDU in Baden-Württemberg in what would be nothing less than a political earthquake. The Greens are so strong in the state that they could even end up as the senior partner in a coalition with the SPD. Some of the blame would undoubtedly stick on Merkel as party leader because she pushed the Stuttgart 21 project into the center of the campaign.

But the FDP might unwittingly help out Merkel by dominating headlines after the vote if the beleaguered party fails to cross the 5 percent hurdle needed to get back into the state parliament. An FDP defeat on such a scale would likely lead to an open party revolt against Westerwelle, already under fire from members of the party.

Uncertain Prospects in Other Elections

In the eastern state of Saxony-Anhalt, the CDU will probably only be able to hold onto power if it forges another coalition with the SPD after the March 20 vote, but there is a chance the SPD would be able to form a government with the Left Party.

In the western state of Rhineland-Palatinate on March 27, the CDU isn't expected to get enough support to oust long-standing SPD governor Kurt Beck. The same holds true in the small northern city-state of Bremen, where the SPD has held power for the last 65 years.

But in the rural eastern state of Mecklenburg Western-Pomerania all bets are off. The state is currently governed by a coalition of SPD and CDU. SPD governor Erwin Sellering is not especially popular, partly because he is regarded as a western import, hailing as he does from the Ruhr industrial region of western Germany. But he could stay in government with the CDU after the September 4 vote, or he might try for a coalition with the Left Party.

Berlin, which votes on Sept. 18, is likely to see a neck-and-neck race between incumbent mayor Klaus Wowereit of the SPD and his main challenger, Renate Künast of the Greens. Pollsters are all but ruling out that the CDU will emerge as the dominant party -- its best hope is to become junior partner in a coalition, either with the SPD or the Greens. 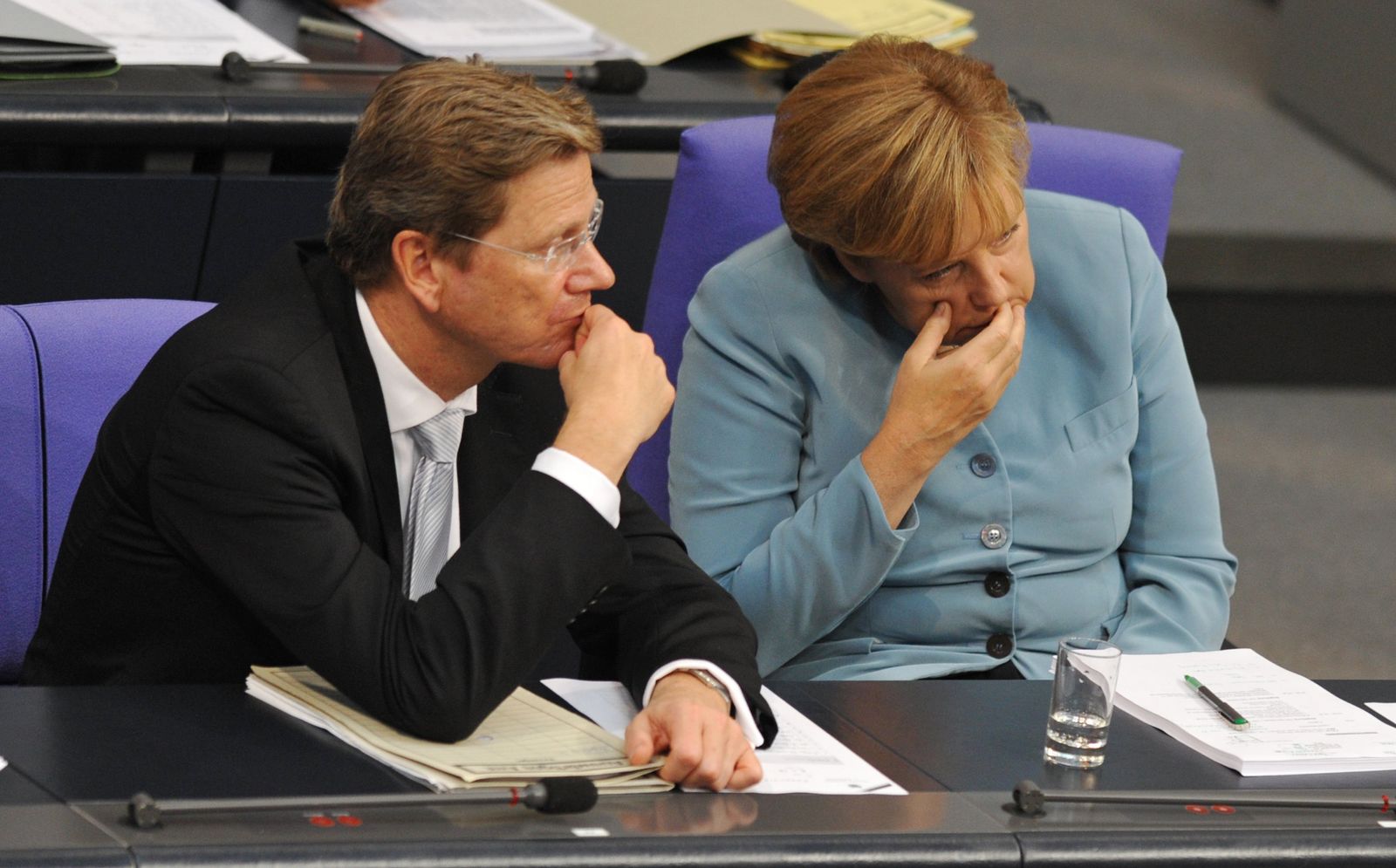