Germany's political establishment, shaken by the sudden resignation of President Horst Köhler on Monday, is rife with speculation about the possible impact on Chancellor Angela Merkel's government as it emerged that she had warned him that quitting could plunge the country into a deep crisis.

Köhler, 67, who had started his second term last year in the largely ceremonial post, resigned in reaction to fierce criticism from the media and opposition politicians after he had linked German military deployments to the defense of the country's economic interests in a radio interview last week.

Köhler gave Merkel only two hours' notice before announcing his resignation and she said in her own Monday remarks that she had tried in vain to dissuade him. SPIEGEL ONLINE learned that she had warned him that resigning could trigger a crisis and shake the public's faith in the presidency and in the institutions of state.

Köhler's departure could not come at a worse time for Merkel, whose conservative Christian Democrats have slumped to 30 percent support, their lowest level in four years, according to a Forsa opinion poll published on Tuesday. The survey was conducted between May 25 and 28, before Köhler quit.

Her hesitant response to the Greek debt crisis has hurt her reputation both in Germany and around Europe, and her problems were compounded by heavy losses suffered by her conservative Christian Democrats (CDU) in a state election in North Rhine-Westphalia, Germany's most populous state, on May 9.

The North Rhine-Westphalia vote has deprived Merkel of a center-right majority in the Bundesrat, Germany's upper legislative chamber, and will make it harder for her to pass legislation just as her government is involved in complex negotiations to prepare budget cuts in 2011.

A further blow came last week with the resignation of CDU heavyweight Roland Koch, the governor of Hesse, a conservative hardliner whose departure has left a big gap in the conservative wing of her party.

But Köhler's resignation may be the biggest blow yet. Merkel led the charge for Köhler back in 2004. Despite her conservatives, together with the pro-business Free Democrats, being in opposition six years ago, they had a majority in the Federal Assembly, a body which includes both parliamentarians and state delegates and whose only purpose is to appoint the country's president. Merkel's support made Köhler's appointment possible -- and his out-of-the-blue resignation reflects poorly on her.

Now, once again, her political camp has the majority in the Federal Assembly, putting the onus on Merkel to find a suitable replacement for Köhler and to make sure he gets broad backing.

The constitution gives her only 30 days. The assembly, made up of members of parliament and delegates from the 16 regional states, is scheduled to convene to elect a successor on June 30. Any hiccups in the process would likely raise fresh doubts about Merkel's leadership.

The opposition center-left Social Democrats said they were considering nominating their own candidate for the presidency. "We all find Köhler's resignation deeply regrettable," Andrea Nahles, general secretary of the SPD, told SPIEGEL ONLINE. "The whole country, the whole of Europe is in a serious crisis and we need a head of state who accompanies us on this difficult path."

Merkel said on Monday she would seek a candidate who also had the backing of the opposition parties. She said Köhler's successor must be close to the people. "In these times we need a president who can be accepted by everyone, who talks to people and is experienced," she told German television. "A good proposal will be found."

Chorus of Criticism for Köhler

Newspapers on Tuesday poured scorn on Köhler for throwing in the towel in what most editorials called a blatant over-reaction that had damaged the standing of the presidency. Commentators said Köhler was too thin-skinned and evidently not cut out for the job.

Political pundits are speculating that Merkel may seize on the Köhler debacle to make a fresh start. Her second term has been marred by coalition in-fighting ever since her re-election last September. Some say she may reshuffle her cabinet and nominate Finance Minister Wolfgang Schäuble, who is wheelchair-bound and has been having some health problems recently, to become the new president. Few doubt that Schäuble would be well-qualified for the job.

Other possible candidates being suggested by CDU members include Roland Koch, Labour Minister Ursula von der Leyen and former Bavarian Governor Edmund Stoiber. Klaus Töpfer, the former director of the United Nations Environment Programme has also been named, as has Margot Kässmann, the former head of Germany's Protestant church, who resigned this year after being caught drunk driving.

Köhler, the former head of the International Monetary Fund, was the first president who had not been a career politician. Under the constitution of the Federal Republic founded in 1949, German presidents have no major political powers and their formal duties are usually confined to signing laws and such representative functions as awarding medals, making foreign visits and holding speeches. The role is so loosely defined that its influence depends heavily on the incumbent's personality.

Although Köhler was prone to verbal gaffes and had become increasingly unpopular in Berlin's political establishment because he had on two occasions refused to sign legislation, he was popular with ordinary people because he came across as down-to-earth and apolitical.

This makes the job of finding a suitable successor all the harder. He or she will have to be someone with the common touch, but who is resilient enough to withstand the rough-and-tumble of Berlin's political scene. 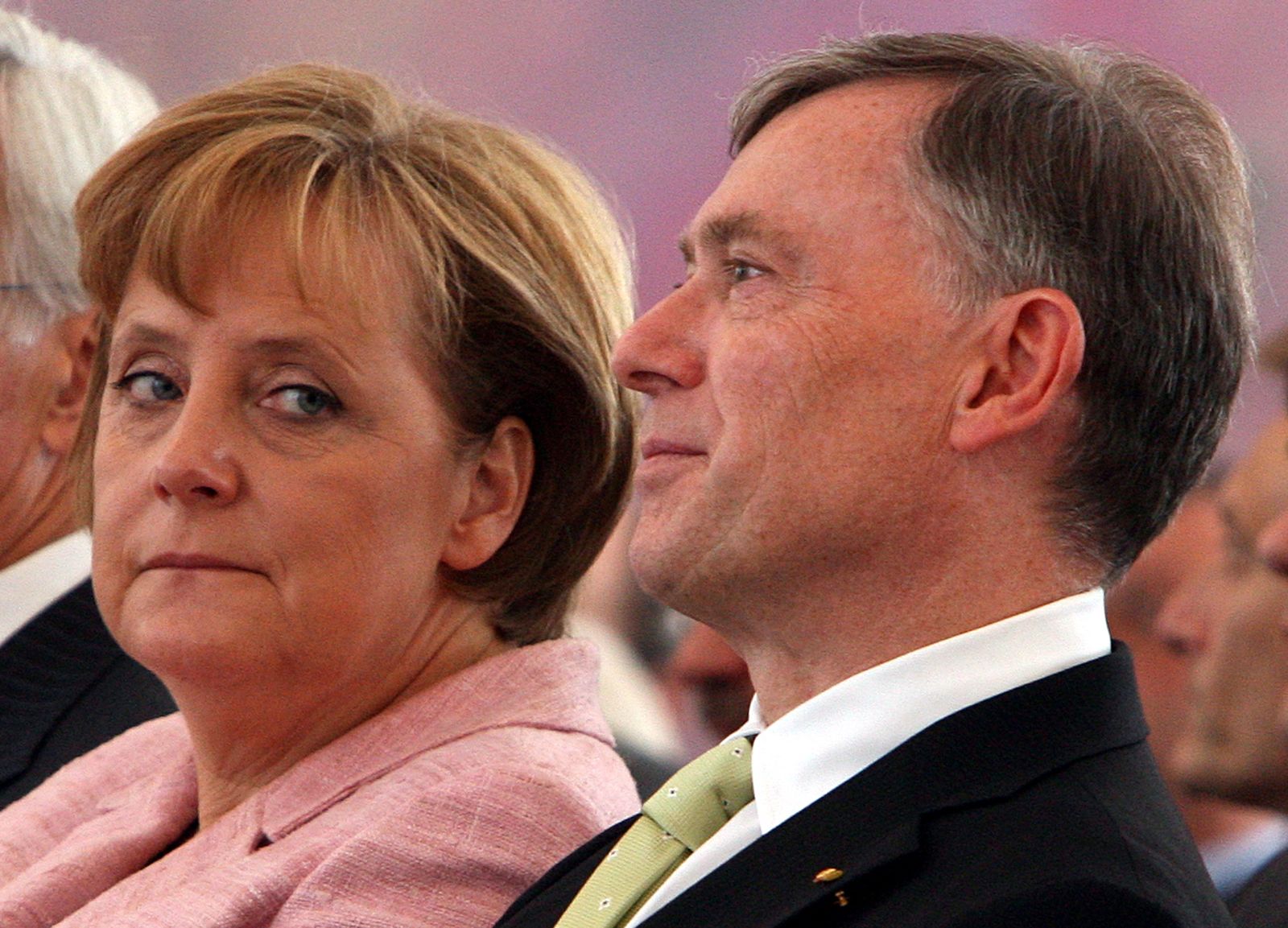