The euro crisis has not been kind to the governments of Europe. In Greece, Italy, Portugal, Spain and elsewhere, prime ministers have been forced to leave office as budget deficits and sovereign debt have spiked across the euro zone. Even French President Nicolas Sarkozy is on the ropes in his re-election campaign, partially the result of his country's having lost its triple-A credit rating.

In Germany, however, the country in which the ongoing European debt disaster has left the fewest scars, the crisis has had a different effect. With her government facing collapse due to acrimonious disagreement over who should replace the disgraced Christian Wulff as German president, Chancellor Angela Merkel on Sunday did something she rarely does. She retreated.

And she did so, according to media reports, because of the need for stability in Berlin in the face of Europe's debt problems. There are, a source close to the Chancellery told the Süddeutsche Zeitung, "more important things than choosing a candidate for the presidency."

Merkel's about-face came after her junior coalition partner, the business-friendly Free Democrats (FDP), committed themselves over the weekend to support the presidential candidacy of Joachim Gauck, 72, a civil rights activist in former East Germany who already had the support of Germany's center-left opposition. While Gauck has broad backing among the German populace, Merkel's conservatives had torpedoed his candidacy once before -- during the election of Wulff in 2010. Accepting Gauck this time around was an extremely difficult political pill to swallow.

The potential consequences of not accepting him, however, were even worse. Had Merkel's Christian Democrats (CDU), together with their Bavarian sister party, the Christian Social Union (CSU), put up a competing candidate and lost, her government would have been left in shambles.

As it is, however, the decision to support Gauck has left her already contentious coalition more fractured than ever before and many are now asking how much longer it can survive. According to chancellery insiders, several senior CDU members, Merkel chief among them, lost their tempers upon hearing from media reports about the FDP's backing of Gauck. During a subsequent meeting between top conservatives and senior FDP members, "things got loud," a participant said.

In a one-on-one conversation between Merkel and FDP head Philipp Rösler, Merkel reportedly made a plea for her vice chancellor to "be reasonable." In an interview with the conservative paper Die Welt on Tuesday, Rösler says that her tone was "sharp" adding that Merkel's party had "several times" threatened to let the government collapse. Conservative party leaders on Sunday said the FDP move was "without class," and called it a "nasty foul" and a "clear affront." Others threatened to block the FDP on other issues.

In the CSU particular, Gauck's nomination has proven contentious. While calling him a "respectable candidate," an unnamed CSU source also told the Süddeutsche Zeitung that he hopes "that the Gauck toad will turn out to be a prince." Hardly a vote of confidence.

Norbert Geis, a CSU expert on family issues in the German parliament, went even further. In an interview with the Passauer Neue Presse, Geis suggested that Gauck, who has been together with his current partner for 12 years despite never having divorced the mother of his four children, might want to clean up his private life. "It is likely in the interest of Mr. Gauck himself to impose order on his personal situation as quickly as possible so as to avoid providing an open flank."

Cheap shots aside, skepticism of a Gauck presidency is not without reason. At first glance, his resume appears tailor-made for the position. Growing up in communist East Germany, he never joined any of the party's youth organizations. After studying theology, his criticism of the regime from the pulpit attracted the attention of the Stasi, East Germany's notorious secret police. In 1989, he was a co-founder of the Neues Forum, a group which promoted democratic reforms in the East prior to the fall of the Berlin Wall. Later, he became head of the Federal Commissioner for the Stasi Archives, making Gauck instrumental in Germany's initial steps toward confronting the excesses committed by the East German secret police.

Surveys have shown that over two-thirds of Germans are in favor of a Gauck presidency. In addition to being an excellent public speaker, his focus on what he calls "responsible freedom" has resonated in the country.

But for someone who will be representing Germany abroad, symbolic though the position of presidency may be, Gauck has remarkably little experience on the foreign stage and his foreign policy views are largely unknown.

More to the point, however, he has also proven himself to be an at times uncomfortable ally to his center-left supporters. Last autumn, he criticized the Occupy Movement, saying that "a slogan like 'occupy the European Central Bank' seems really quite silly to me." Also last year, Gauck said that Thilo Sarrazin, who had written a controversial, some have said xenophobic, book about immigration and integration in Germany, was "courageous." He added that the book's success was a lesson to Germany's political classes that "their politically correct language gives people the feeling that they are trying to cover up real problems."

Indeed, even as the Green Party was a significant supporter of Gauck in 2010 when he was the center-left's candidate against Wulff, many are more reserved this time around. Memet Kilic, the Green Party's parliamentary spokesman for issues relating to immigration, told SPIEGEL ONLINE that he would be unable to support a Gauck presidency this time around. Green parliamentary floor leader Jürgen Trittin told SPIEGEL ONLINE that "I am almost certain that I will be annoyed every now and then with a President Gauck."

Nevertheless, Gauck's nomination and his almost certain election to the position of Germany's head of state is a substantial political victory for the country's center-left camp. Two years ago, public opinion surveys showed that, were the presidency put to a popular vote, Gauck would easily have defeated Wulff. Merkel's coalition government, however, had a sizeable majority in the Federal Assembly -- the body made up of parliamentarians, state representatives and other German leaders which is convened specifically to elect the president -- and managed to elect Wulff.

Merkel had hoped to find a candidate other than Gauck this time as well -- primarily to avoid the impression that she was correcting a political error made with the election of Wulff in 2010. The FDP, however, would appear to have had a political score of its own to settle. "It's good," said a senior FDP member according to the Süddeutsche Zeitung, "that we have finally shown the conservatives that they can't simply do as they like with us."

That hardly sounds like a solid foundation for a long-lasting coalition. 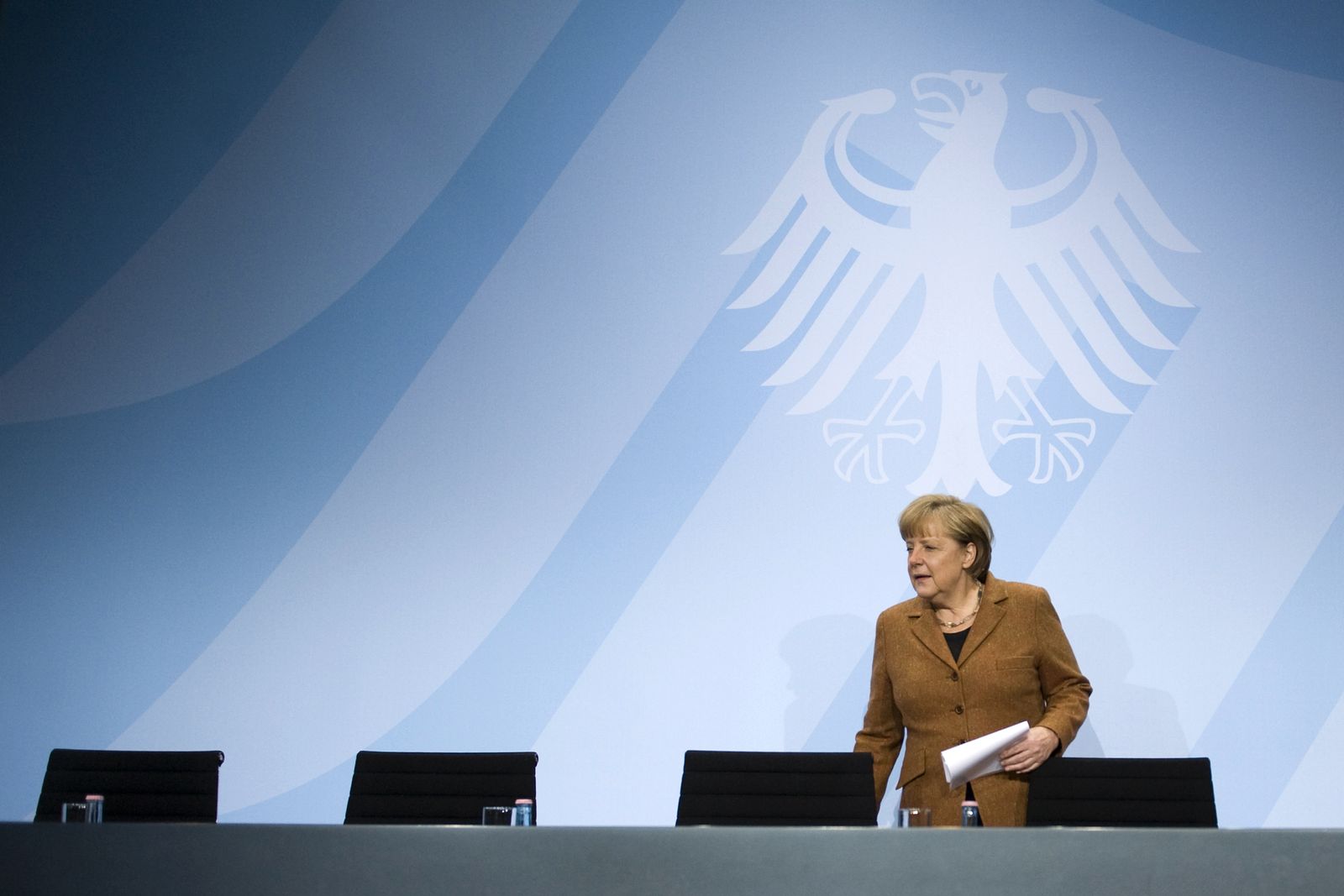