The good news for Germany's Green Party just keeps on coming. In survey after survey, the erstwhile protest party is receiving record support: 23 percent in Bavaria, 27 percent in Baden-Württemberg and, in a poll released on Wednesday, an amazing 22 percent countrywide, just two percentage points behind the center-left Social Democrats.

But help isn't just coming from German voters. Chancellor Angela Merkel's government, by announcing concrete plans to extend the lifespans of Germany's nuclear reactors by up to 14 years, recently provided yet more wind in the party's sails. The Greens cut their political teeth on massive anti-nuclear power protests back in the 1970s. Now, after years of watching other parties -- including Merkel's Christian Democrats (CDU) -- encroach on their environmental territory, the Green's have their signature issue back.

"From a tactical point of view, the Greens must be screaming for joy right now," Gerd Langguth, a former CDU parliamentarian who now teaches at the University of Bonn, told SPEIGEL ONLINE. "They have their issue back. Their unique selling point will become much more visible."

On the strategic horizon, however, dark clouds are gathering. Having been in opposition in Berlin since Merkel's ascendancy to the Chancellery in 2005, the Greens had begun dreaming of a possible coalition with her conservatives following the next parliamentary elections in 2013. But with the CDU now planning an extension of Germany's reliance on nuclear energy, that dream looks to have died a premature death.

"The CDU is taking gigantic steps away from a shared future," Green Party co-chair Claudia Roth said in a recent interview with the newsmagazine Stern. A coalition with Merkel's party "is completely unimaginable at the moment."

The Green Party's floor leader in the German parliament, Jürgen Trittin, went even further, calling the conservatives' extension of reactor lifespans "a declaration of war on the Greens."

The rhetoric from the other side is no less bellicose. Armin Laschet, a senior CDU politician from the state of North Rhine-Westphalia, said that Green Party opposition to nuclear power is "the old-fashioned, unrealistic energy policy that imagines we can already rely on alternative energy." If the Greens "make their call for a reversal of lifespan extensions into a dogma, then a coalition isn't possible."

Currently, all signs point to the Greens doing exactly that. Saturday will see a large anti-nuclear power demonstration in Berlin with organizers expecting at least 30,000 people -- many think the ultimate turnout could be much higher. Other protests are planned, including a massive demonstration in November against the annual Castor Transport -- the shipment of nuclear waste from a processing center in France to the Gorleben storage site in Lower Saxony. Already in April, over 100,000 people formed a human chain between two reactors in northern Germany to protest the planned lifespan extensions.

A resolution from the Green Party leadership on August 30, just days before Merkel formally announced her government's intention to extend nuclear reactor lifespans, called for a "tense autumn."

Merkel's new nuclear policy significantly alters a law passed under Social Democratic Chancellor Gerhard Schröder in 2002, at a time when he governed in a coalition with the Greens. That law required all nuclear reactors in Germany to be shut down by the beginning of the 2020s -- and marked the end to decades of anti-nuclear power protests that had periodically rocked Germany since the 1970s.

The public call for a renewal of those protests is not without risks for the Greens. Born out of the 1968 student movement, the Greens played a major role in the anti-nuclear power movement -- who operated with the motto: "Atomic Power? No Thanks" -- in Germany. Indeed, the party was for years seen as little more than a group of young radicals unfit for political leadership, not unlike the image of the far-left Left Party today. A return to the streets could remind voters of that past.

Still, the party has changed dramatically since its protest heyday. No longer exclusively the political home of rambunctious student rebels, the Greens have moved toward the center of German society and politics. They shared power on a national level for seven years under Schröder and have been junior coalition partners in several state governments in recent years.

"The Green Party has been successful because they have become mainstream. They have moved to the middle of the political spectrum," says Langguth. "Now, they create the impression of being reasonable and normal."

A Reliance on the SPD

That impression has helped fuel the party's recent success. As has the fact that the current manifestation of Merkel's government has been widely perceived as incompetent and consumed by bickering. An evaporation of support for the SPD in recent years has likewise helped.

Despite their maturation, however, the Greens have often been reliant on the SPD when it comes to wielding actual political power. The fact that the SPD has fared abysmally in elections in recent years has often meant that the Greens, even as they continue to attract an increasing number of voters, have had little choice but to join the opposition. Tentative steps toward forming coalitions with the CDU -- as currently exist in the city-state of Hamburg and in the tiny western German state of Saarland (with the business-friendly Free Democrats) -- were meant to solve that problem.

With the SPD recently seeing a resurgence in the polls (though one that has been slowed by the recent debate over the controversial book on integration by SPD member Thilo Sarrazin), and with the Greens themselves hitting historical highs in a number of surveys, it could be that the Green Party is on the road to political power even without the CDU. A recent survey in the state of Rhineland-Palatinate, where elections are to be held next March, shows that the Greens may be able to form a government as the junior partner in a coalition with the SPD. In Baden-Württemberg, which is also to vote next spring, the Greens could even be the senior partner in a government with the SPD.

Still, as Langguth points out, many in the Green Party remain eager to move away from the SPD. They feel they were poorly treated under Schröder and the tone between the two parties has become frostier in recent years.

And, Langguth says, despite the fiery rhetoric, the Greens may still be willing to enter into a coalition with the CDU come the next federal election in 2013. "The Greens don't think as ideologically as they used to. The leadership is much more pragmatic than people often think," he says. "When the nuclear issue is decided, that's it. The Greens won't be able to change that." 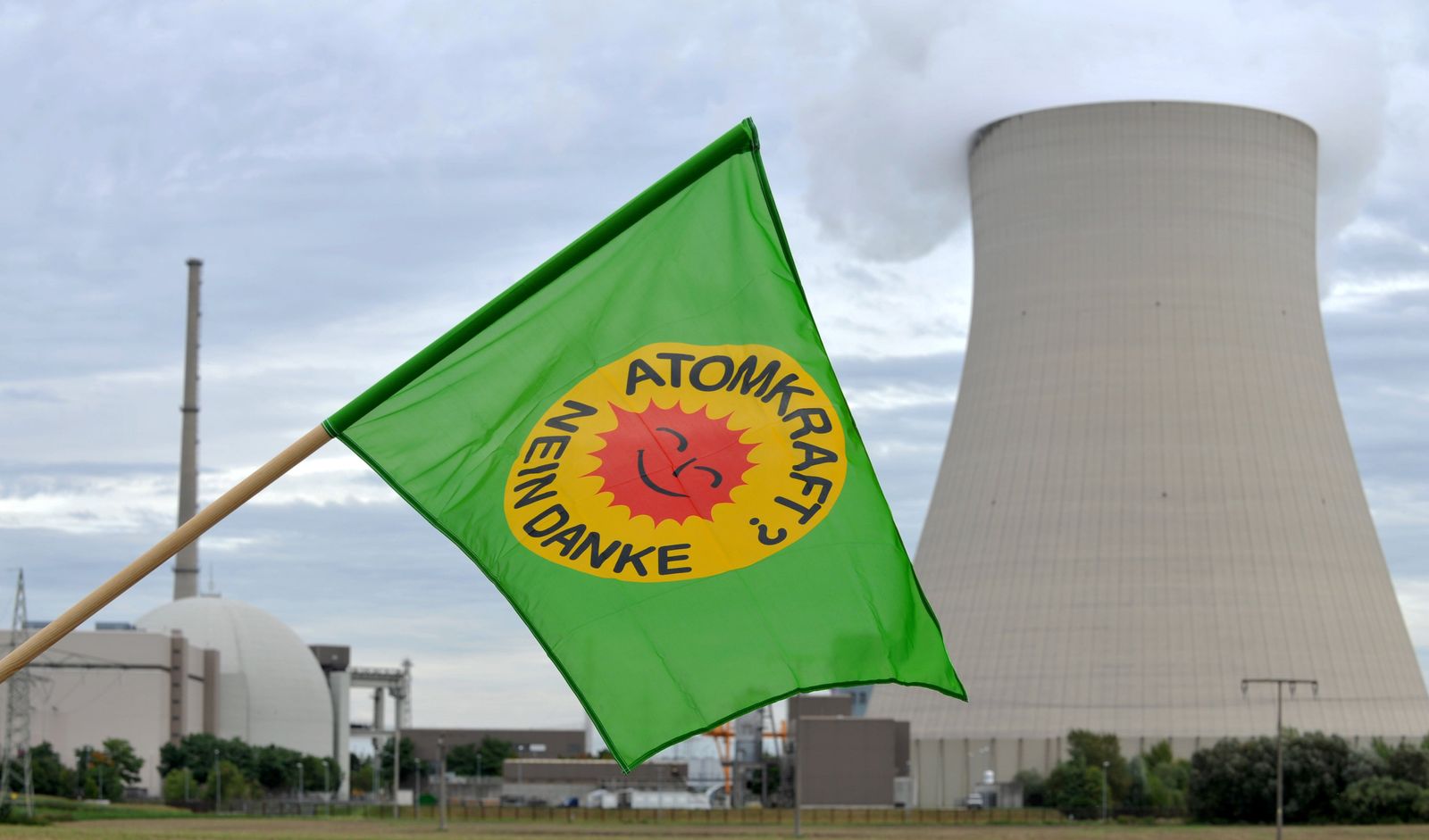 A new wave of anti-nuclear protests could lead to even more support for Germany's Green Party.