The fact that such suspicions have even been voiced at all is symptomatic. Three seemingly unrelated incidents involving the German military have hit the headlines this week in rapid succession. Taken together, they create the impression that Defense Minister Karl-Theodor zu Guttenberg, Germany's most popular politician, may not have firm control over the Bundeswehr.

And some within Chancellor Angela Merkel's coalition government believe that is exactly the impression that was intended. They suspect it could be a renewal of the ongoing tiff between her party's two junior partners, the business friendly Free Democratic Party (FDP) and the Christian Social Union (CSU), the Bavarian sister party to Merkel's Christian Democrats, over Germany's deployment in Afghanistan.

"It is, at the very least, striking that the separate events, which took place at different times, are now coming to light," a conservative politician, who asked to remain anonymous, told SPIEGEL ONLINE.

The incidents -- the unauthorized opening of military mail from Bundeswehr soldiers, the mysterious shooting death of a soldier in a German military camp in Afghanistan and alleged abuse of trainees on board the German Navy's training ship Gorch Fock -- were all brought to light by Hellmut Königshaus, parliament's military liaison.

Königshaus is a member of the FDP whereas Guttenberg, who spent the week promising swift action in each of the three cases, is with the CSU. Is a campaign afoot?

"I am horrified that such suggestions have been voiced at all," Königshaus said in a Friday interview with SPIEGEL ONLINE. "It is simply absurd and baseless."

Still, the suspicions are hardly farfetched. Königshaus' FDP has been struggling in public opinion polls for weeks. Led to a historic high of 14.6 percent in September 2009 general elections by party head Guido Westerwelle, currently Germany's foreign minister, support for the FDP has dropped precipitously since then. Recent polls show that just 4 percent of German voters would be prepared to cast their ballots for the party today -- and that result is actually an improvement over recent weeks.

With 2011 full of important regional elections, Westerwelle recently sought to profit from widespread disapproval of Germany's participation in Afghanistan. In a pre-Christmas speech, he appeared to promise that Berlin would begin to withdraw troops by the end of 2011.

A Reprimand for Westerwelle

The reply from Defense Minister Guttenberg was not long in coming. Just days after Westerwelle's speech, Guttenberg told several media outlets, including SPIEGEL, that he was opposed to setting a firm date. He said that withdrawal would only be an option "if the situation permits." Pundits in Berlin interpreted his comments as a clear reprimand of Westerwelle.

Merkel, as she has so often done, sought to split the difference. Last week, her cabinet approved a one-year extension of the mandate authorizing the Bundeswehr's presence in Afghanistan. The document expressed confidence that a reduction of German troops could begin in 2011 -- a nod to Westerwelle's position -- but indicated that the situation on the ground would ultimately be decisive -- essentially an adoption of Guttenberg's position.

Whether or not the scandals made public this week represent a continuation of that disagreement, the situation could prove to be a dangerous one for Guttenberg. Each incident, after all, reflects poorly on the Bundeswehr's leadership:

In all three cases, Guttenberg was quick to go before the press to promise a quick investigation and consequences for those responsible. But in all three, the Bundeswehr -- and by extension, Guttenberg -- has been accused of trying to cover up the true nature of the incident.

Whether the accusations stick remains to be seen. A member of Merkel's conservatives told SPIEGEL ONLINE this week that "all those who have tried to pin something on Guttenberg in the past were forced to see him emerge even more popular than before."

Still, some in the FDP have barely been able to control their glee over the tight spot in which Guttenberg finds himself. And the opposition has smelled blood ahead of this year's series of state elections, which observers say could be a litmus test for Merkel's government. Politicians from the center-left Social Democrats have blasted Guttenberg for overseeing a "cover-up" and for "secretiveness." Green Party bigwig Omid Nouripour said "the man has lost control."

And Guttenberg himself? He is no doubt happy that the week has come to an end. 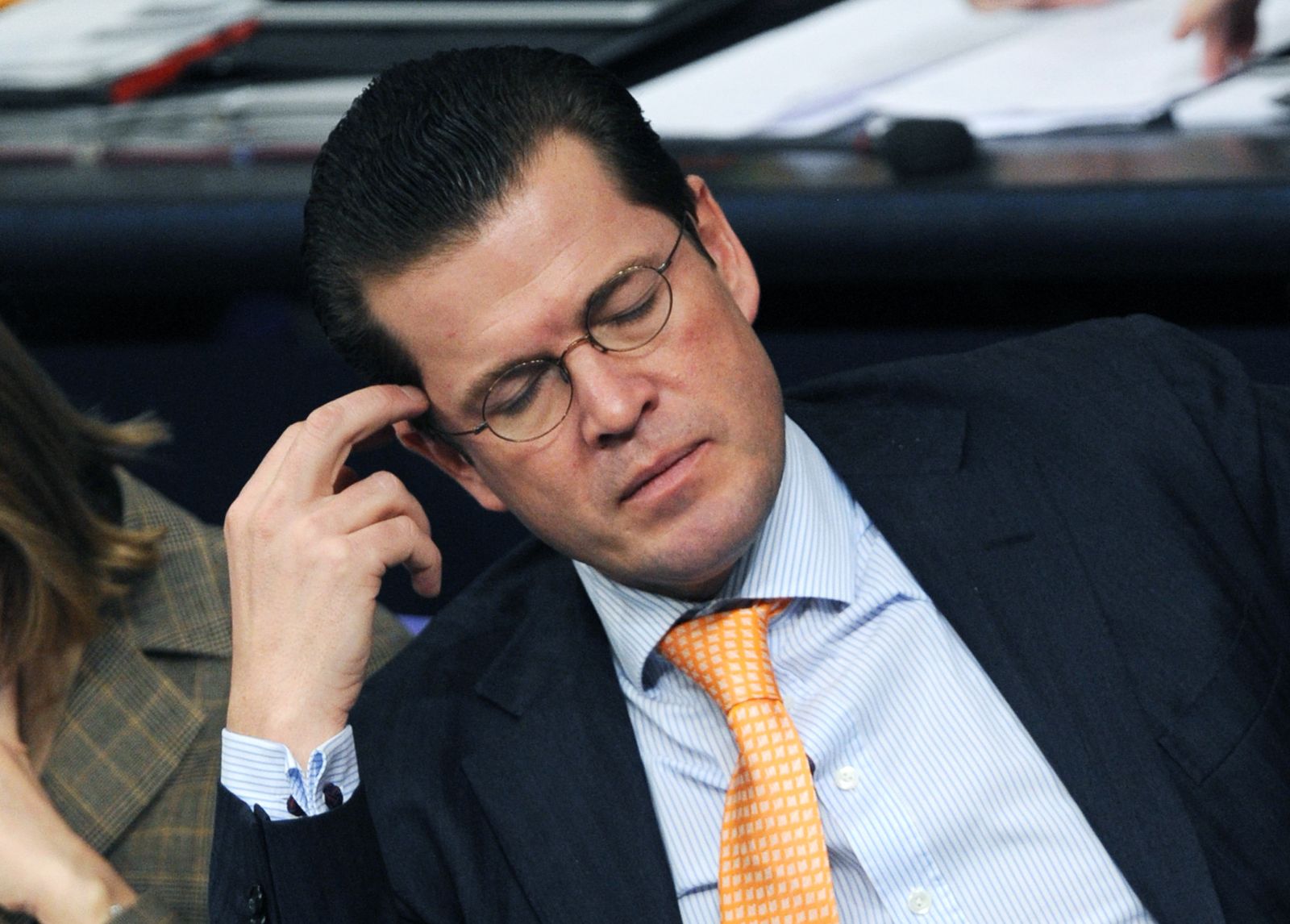