Where else could Devi Ratnasari have gone? Should she have gone down to the nearby river and jumped in? Or perhaps to the junkyard lying across the bridge behind the house? Or to the four-lane street where the No. 139 bus stopped? And what then? She doesn't speak a word of German, and she also didn't have any money for a ticket.

Instead, the petite Asian woman opted to stay in her employer's apartment on Boca Raton Street, in northwestern Berlin. For more than a year and a half, laboring seven days a week, usually until late into the night. She was humiliated, kicked and beaten with a stick -- like a serf. That, at least, is what she told the police.

Devi Ratnasari, not her real name, is from Indonesia. The 30-year-old had been working as a household employee for a Saudi Arabian diplomat until eight months ago. And if it hadn't been for Nevedita Prasad at Ban Ying, a center focused on combating human trafficking, she would likely still be slaving away in the diplomatic residence -- just like so many other women in Berlin from Indonesia and the Philippines.

The world of Berlin's diplomats isn't just one of pompous receptions, luxury vehicles and royal status. It's also a world in which many domestic employees are apparently treated horrifically.

Of course, there are plenty of statutes on the books in German that aim to protect employees from mistreatment and employer high-handedness. But they are toothless when it comes to shielding those working for diplomats. Diplomatic immunity, set out in the Vienna Convention on Diplomatic Relations of 1961, makes embassy employees untouchable. They are immune from criminal prosecution, and civil suits against them are usually unwinnable. At worst, the Foreign Ministry can declare a diplomat persona non grata and force them to leave the country.

The intention behind such immunity was to safeguard diplomats from the arbitrary, state heavy-handedness or foreign laws. It allows a German attaché working in Saudi Arabia, for example, to consume alcohol without having to fear summary imprisonment. Diplomatic immunity was never meant as a license to break the law with impunity, even if many embassy employees see it that way. Indeed, among the favorite habits of diplomatic passport holders the world over is that of ignoring tickets for traffic violations.

Such minor offences are mere annoyances, say Nivedita Prasad. But "when it comes to inhumane working conditions, it is insupportable."

Prasad, a social worker, is the head of the Ban Ying, located in the heart of Berlin. The organization -- its name means "house of women" in Thai -- is financed by Berlin's city-state government and provides support to prostitutes, mainly from Asia. For the past decade, it has also been assisting foreign household employees of diplomats. Prasad has heard a lot of stories about what happens behind the polished facades of embassies, official residences and diplomats' apartments. The stories include exploitation and harassment -- and sometimes even physical abuse.

Beyond the embarrassment it could cause the Saudi Arabian Embassy, Ratnasari's case also may be perfectly suited to make legal history. That, at least, is the hope of Prasad, Hamburg-based lawyer Klaus Bertelsmann and the German Institute for Human Rights, which is financing the legal battle.

They want to make it possible to prosecute diplomats in instances of human rights violations, and are prepared to follow the case up to the Federal Constitutional Court, Germany's highest legal body, or to the European Court of Human Rights. "Human rights are, also from the perspective of international law, a higher good than diplomatic immunity," says Bertelsmann.

Ratnasari first told her story last November, in the offices of Ban Ying. She says that an agency in Jakarta first sent her to work as a household employee in the United Arab Emirates before transferring her to Saudi Arabia. Then, in April 2009, she accompanied her Saudi employer to Germany. He was to serve as an attaché at the embassy, she as a servant in his apartment.

But it wasn't just him she served; it was everybody, she claimed. She recounted having to serve the diplomat, having to take complete care of the diplomat's wheelchair-confined wife and of having to do everything for their four daughters -- ranging in age between 12 and 17 -- including putting on their shoes.

She says that her workday would begin at 7 a.m. and often only end long past midnight. She says she was forced to sleep on the carpeted floor of the daughters' room, and that she was only given a pillow and a thin sheet. In 19 months, she didn't get a single day off, she says, and was only paid a single time, when she was given €150 ($213) for Ramadan, the Muslim holy month of fasting.

When she spoke to the police, Ratnasari also described systematic abuse and humiliation. She said that the diplomat's wife once threw a perfume bottle at her head, that she was regularly beaten on the hands and forearms with a stick, and that she was occasionally punched on her head and brow. She said that the diplomat expressly allowed everyone in the house to beat her, including the wife, the older daughters and the 5-year-old son.

Phillip von Berg, a lawyer from Stuttgart whose firm has represented the Saudi Embassy for years, rejects the accusations as baseless. But, baseless or not, they are all included in a 25-page complaint that Bertelsmann, the plaintiff's lawyer, filed at the Berlin Labor Court in the spring. The complaint demands €32,000 in back pay and at least €40,000 in compensation for pain and suffering.

The case hinges upon a number of things, including a 2003 legal agreement between Germany's Foreign Ministry and embassies in the country. The agreement obliges diplomats to pay their household employees a minimum monthly salary of €750 in addition to providing them with free room and board. What's more, the employees cannot be forced to work longer than 40 hours per week, and they have to be paid at least €4.50 for each hour of overtime.

During a hearing held two weeks ago, Judge Ulrich Kirsch didn't even want to handle the complaint. Defense attorney von Berg pointed out his client's immunity and advised the plaintiff's attorney to consider submitting a claim for allegedly owed back-pay and damages to a Saudi Arabian court. The judge swept the case from his docket in less than an hour. He said he had no jurisdiction due to the diplomat's legal immunity and declared the complaint as "inadmissible."

Bertelsmann had expected such a start. "The judge retreated into the comfortable position," he says. In response, Bertelsmann, an expert in employment law, has drafted an appeal with the help of a former justice from Germany's Federal Constitutional Court, which he will submit to the state labor court this week. If he has to, he plans to pursue the matter to the highest court.

The fact that a case of modern slavery was brought before a court is already extraordinary in its own right. No one checks to see if members of the diplomatic corps obey the regulations regarding working hours and wages that have been in force for the past eight years. It would, after all, violate the principle of immunity.

Indeed, the Foreign Ministry is only forced to act once exploited and mistreated domestic servants run away. Even then, though, discretion is highly valued, with the ministry preferring amicable resolutions with the embassy in question. A couple times a year, settlements in similar cases are reached, usually involving a payment of a few thousand euros to the household employee, who then must quickly leave Germany. Staying, after all, is not an option: Their visas are contingent upon their employment in diplomatic households. Furthermore, the parties involved sign non-disclosure agreements.

As such, it is rare that such cases reach the public's attention. In January 2008, the plight of an Indonesian servant working for the cultural attaché at the Yemeni Embassy in Berlin came to light. For two years, the woman was effectively imprisoned in the attaché's apartment on Potsdamer Platz in Berlin. Her passport had been taken away, and she claimed she was beaten regularly. She said that her daily rations consisted of a slice of bread and a bowl of rice with a tomato and two chilies. When the woman was admitted into a hospital in May 2007, she weighed only 35 kilograms (77 pounds). She was diagnosed with tuberculosis and it took her an entire year to recover.

Paradoxically, the serious illness was also her salvation. In addition to being freed from her tormenter, she was allowed to remain in Germany. Still, nothing happened to the Yemeni cultural attaché -- it was left to the embassy to eventually pay her a total of €23,000 in back wages.

Cases like this will be included in a study that the German Institute for Human Rights is to present this week. The institute gathered information about foreign employees working in diplomatic residences in eight European countries. It found labor violations everywhere it looked, including ones that involved servants forced to work up to 18 hours a day and receiving monthly wages as low as €100.

The organization found several human rights violations -- or over a dozen per year -- in Great Britain. With somewhere between five and 10 cases per year, Germany stands in the middle of the pack. It also found that there are currently roughly 3,000 women from Asia, Africa and South America working in diplomatic residences in the countries examined.

The study's authors provide a series of recommendations on how to protect such employees, most of which would affect diplomatic immunity laws currently in force. The proposals include checks on working conditions, the possibility of changing jobs and "free access" to the legal system.

Despite the rarity of such cases, a controversial verdict in a similar complaint was recently reached in France. On Feb. 11, the Conseil d'Etat, the country's highest administrative court, awarded €33,380 in unpaid salary to a woman from Oman who had worked in the residence of a UNESCO diplomat. However, the justices decided that since the diplomat in question enjoyed immunity, the French government would have to pay the award.

The fight regarding outstanding salary payments to Devi Ratnasari, the Indonesian domestic servant of the Saudi diplomat in Berlin, could follow a similar path. Indeed, the judge at the Berlin Labor Court who refused to hear Ratnasari's complaint nonetheless suggested the possibility of suing the German state as the responsible party.

For her part, Ratnasari doesn't care who pays her what she's owed. Nor is she interested in fact that her case might set a new legal precedent. She has since returned to the Indonesian village where she grew up. 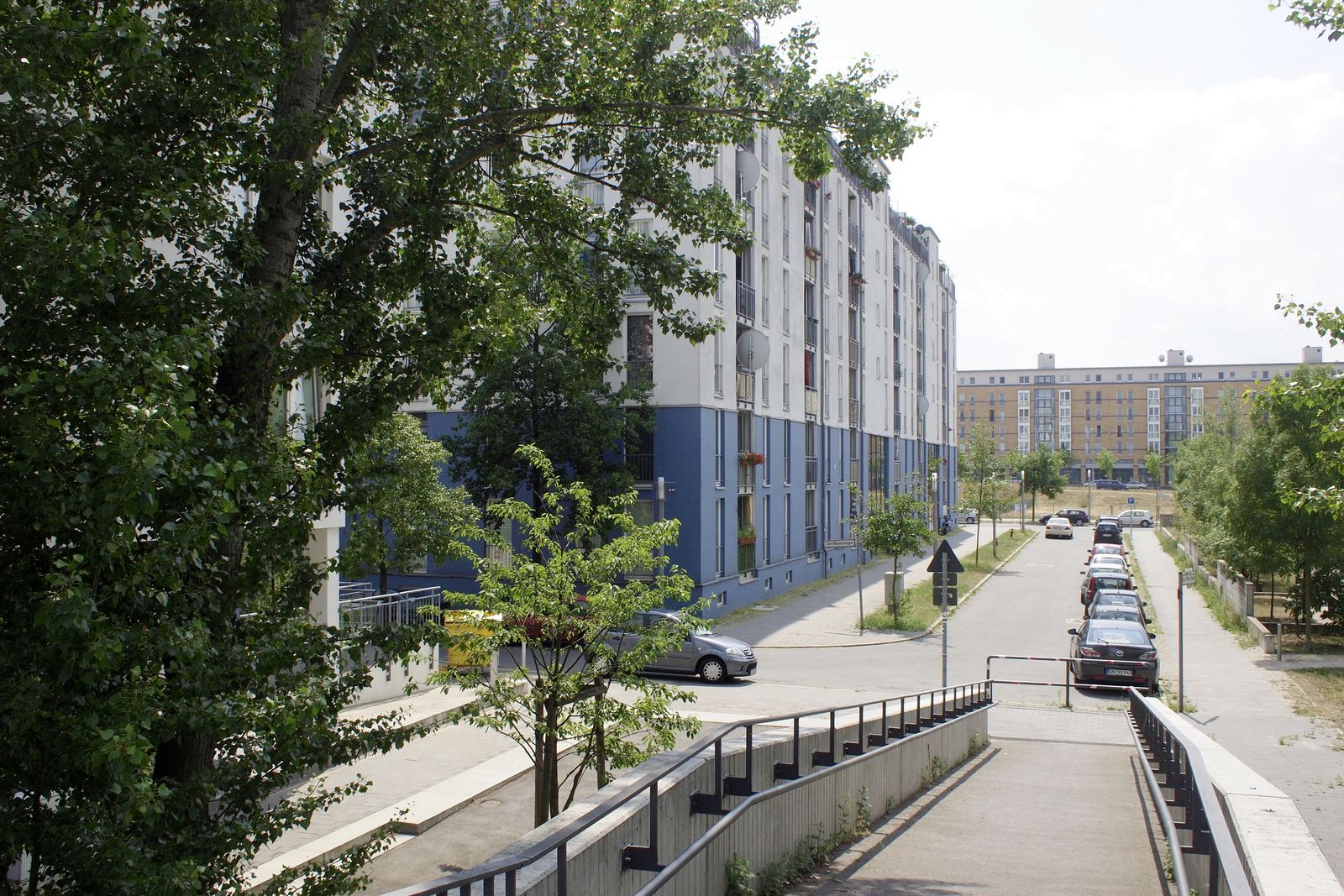