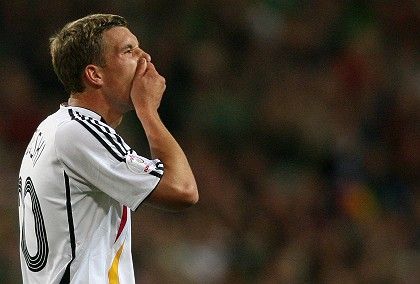 Lukas Podolski famously compared football to chess without the dice.

It's surely no coincidence that the great 20th century philosopher Albert Camus was also a passionate goalkeeper who once observed that "All I know most surely about morality and obligations, I owe to football."

After all, what other sport has produced so much wisdom, preserved for eternity in the pithy utterances of its practioners? Over the years, the beautiful game has built up a corpus of wise sayings comparable to the koan riddles of Zen Buddhism in their -- often unfathomable -- profundity.

Many SPIEGEL ONLINE readers will be familiar with the classic sayings of the English game, such as "It's a game of two halves" or "Football isn't a matter of life or death -- it's much more important than that." But they may be less well acquainted with the scriptures of German football. Indeed, the country, which is as famous for its Premier League philosophers like Nietzsche and Kant as for its world-class footballers, has produced more than its fair share of great football wisdom over the decades.

Hence, on the occasion of the European Championship, SPIEGEL ONLINE has put together a world-beating line-up of the best German football sayings. Read on to discover what great minds like Franz Beckenbauer, Lukas Podolski and Sepp Herberger have to say about the existentialism in motion that is the game of football.

It's a Game of Two Tautologies: 'The Ball is Round' 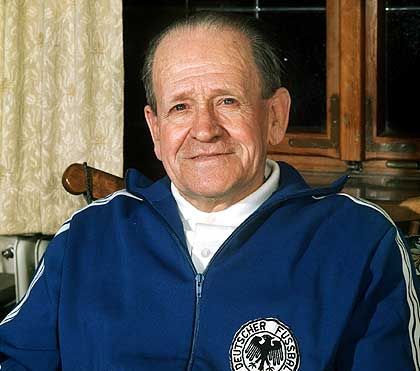 Sepp Herberger: He discovered the ball is round.

At first glance many football quotations seem little more than mere tautologies. But hours spent carefully pondering such phrases -- perhaps while stuck in goal during a slow match -- can reveal hidden depths of meaning.

Possibly the best-known of all German football sayings, these words of wisdom were uttered by Sepp Herberger, coach of the German national side that won the 1954 World Cup and the German equivalent of baseball legend Yogi Berra in terms of quantity and quality of sayings coined. The much-quoted short form of this saying, "the ball is round," has spawned a thousand references and inspired a radio show of the same name.

- Nach dem Spiel ist vor dem Spiel. (After the game is before the game.)

The sporting equivalent of "This too shall pass," this nugget of wisdom encourages humility in victory and offers comfort in defeat. This Sepp Herberger classic, inspired no doubt by the long-standing German interest in Eastern mysticism with a nod to Nietzsche's doctrine of eternal recurrence, has become a veritable idiom in German, in the form of "After the X is before the X." (SPIEGEL is no exception, asking "Is after the election once again before the election?" in an article about Barack Obama in its latest edition.)

- Das Runde muss ins Eckige. (The round thing has to go in the rectangular thing.)

Variously attributed to Sepp Herberger or to German national coach Jupp Derwall, this quotation, whose pithiness is hard to capture in English, sums up the essence of football in a mere five words and depicts the game as a thing of eternal Pythagorean beauty.

These words of wisdom from Franz Beckenbauer demonstrate that Sepp Herberger's Buddhist attitude of indifference to life's slings and arrows is still informing the modern German game.

Football Logic: 'Football Is Like Chess, only without the Dice' 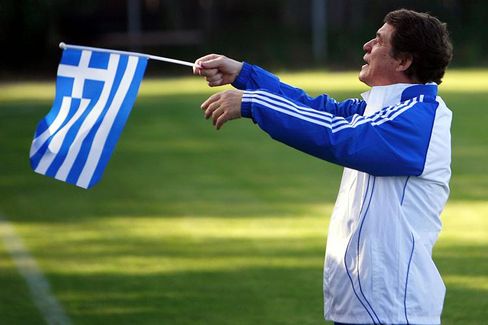 Otto Rehhagel: You don't win some, you lose some.

As any devotee of the game will tell you, footballers do not always make complete sense in their utterances. Perhaps it is the endorphins rattling around their system, or the sheer exhaustion of running around for 90 minutes. In any case, one can only regard such nonsensical statements with awe and wonder if they, like Zen Buddhism's paradoxical koans, work on an intuitive level that transcends rational thought.

- Fussball ist wie Schach, nur ohne Würfel. (Football is like chess, only without the dice.)

This piece of Dadaist genius is attributed to Lukas Podolski, who is currently playing on the German side in Euro 2008. He appeared to be channeling Yogi Berra when he came up with this instant classic from the "like a fish needs a bicycle" school.

- Es gibt nur eine Möglichkeit: Sieg, Niederlage oder Unentschieden. (There is only one possibility: victory, defeat or a draw.)

There is only one possibility regarding this Franz Beckenbauer quote: He was sick the day they taught logic in school.

- Wenn der Mann in Schwarz pfeift, kann der Schiedsrichter auch nichts mehr ändern. (When the man in black whistles, the referee can no longer change anything.)

If the man in black is not the referee, then who is Andy Brehme, who scored the winning goal for Germany in the 1990 World Cup final, referring to exactly? Johnny Cash? Or is it the Grim Reaper himself, come to blow the final whistle on this all-too-brief game we call life?

Otto Rehhagel, current manager of the Greek national side, managed to lead his team to victory in the 2004 European Championship despite this somewhat defeatist philosophy, which takes Herberger's attitude of indifference to a nihilistic new level.

Geography Red Card: 'The Swedes Are no Dutchmen' 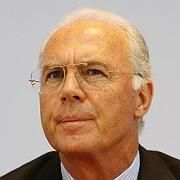 Franz Beckenbauer: The Kaiser is no Einstein.

With all those international fixtures and pan-European transfers, you might think German football players would have a firm grasp of geography. You'd be wrong.

- Mailand oder Madrid - Hauptsache Italien. (Milan or Madrid -- the most important thing is it's Italy.)

Midfielder Andi Möller, who helped Germany to victory in the 1990 World Cup, coined an instant classic when he gave this answer to an interviewer's question about where he would like to play in the future.

And Franz Beckenbauer is no Einstein when it comes to geographical insight. 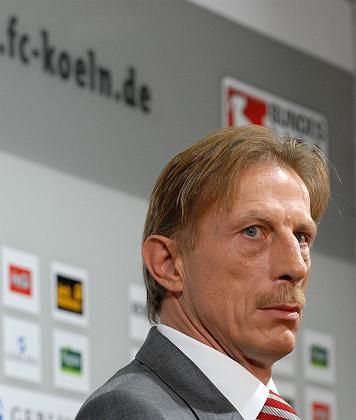 Christoph Daum: Sometimes using 51 percent of your brain is not enough.

You wouldn't think you'd need to know much mathematics to be a professional footballer. After all, when it comes to goals, you rarely have to count above three, while with yellow cards an ability to count to two is more than sufficient. Nevertheless, many footballers seem unable to avoid commiting verbal fouls whenever they talk about numbers.

The German sports journalist Heribert Fassbender shows he is not exactly number one when it comes to figures.

- Es steht im Augenblick 1:1. Aber es hätte auch umgekehrt lauten können. (The score is currently 1:1. But it could also have been the other way around.)

Another mathematical classic from Heribert Fassbender, still struggling to understand the concept of the number one.

Former Bayer Leverkusen manager Reiner Calmund revealed himself to have an IQ of over 140 when his intelligence was measured on a German TV show. Apparently they didn't take his understanding of probability theory into account.

Like Calmund, former VfB Stuttgart player Thorsten Legat also appears to believe that 120, not 100, is the magic number when it comes to statements on probability.

Football coach Christoph Daum shows that sometimes using 51 percent of your brain is not enough.