German Health Minister Ulla Schmidt has come in for strong criticism in the media and from fellow politicians after it emerged that she took her official limousine, an armored Mercedes S class plus driver, on vacation to Spain. 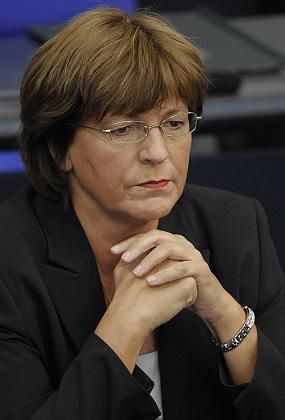 Schmidt's spokeswoman said the minister needed the limousine to attend a number of official functions in Spain during the vacation, and that the minister didn't break any rules. All German cabinet ministers are entitled to a limousine and driver for official and private use, provided they cover the costs of private use themselves.

The case probably wouldn't have come to light if the car hadn't been stolen last week from the Spanish resort of Denia, some 80 kilometers north of Alicante.

Reports of the theft prompted uncomfortable questions about why Schmidt needed her limousine during her vacation when the German embassy in Madrid could presumably have arranged transport for her official engagements there.

She flew to Spain while her chauffeur drove all the way from Germany to the Costa Blanca, a popular tourist destination on Spain's Mediterranean coast. The government footed the fuel cost of the trip to Spain, media reports said.

Media commentators and politicians from the rival conservatives accused her of wasting taxpayers' money -- an especially damaging allegation at a time of economic crisis.

Quite apart from the financial aspects, it doesn't look good for a minister to be enjoying the perks of her office on a vacation.

The resulting negative press headlines are the last thing Schmidt's center-left Social Democrats need as they prepare to begin campaigning this week for the Sept. 27 general election. They are trailing badly in opinion polls.

Berliner Kurier, a Berlin tabloid, ran the front page headline "Not Without My S-Class".

Georg Schirmbeck, a member of parliament for Chancellor Angela Merkel's conservative Christian Democrats, said sending the limousine across Europe was a "scandalous waste of taxpayers' money."

In Germany, accusations of wasting taxpayers' money are far more dangerous to politicians than other types of scandal such as revelations about extramarital affairs. However, given that Schmidt's term will be over in just two months, it seems unlikely at this stage that she will be forced to resign.

"The fact that she made such a hefty faux-pas shows: she's the wrong woman for the federal government," Schirmbeck told Neue Osnabrücker Zeitung newspaper. "Her behavior does immense damage to the more than 600 members of parliament. The Health Minister is exacerbating the mistrust that broad swathes of the population have towards politicians." The conservatives and Social Democrats rule together in a power-sharing grand coalition.

Patrick Döring, a member of parliament for the opposition pro-business Free Democrats, said: "I can't imagine that the German embassy in Madrid isn't in a position to drive the minister to a speech or several speeches."

A Health Ministry spokeswoman said the minister had two official engagements during her two-week vacation. One is a reception hosted by the mayor of the village of Denia where she is vacationing, the second is taking place in a public hall in Els Poblets -- less than 10 kilometers away.

Schmidt has a privately rented car for private excursions during her holiday.

Business daily Financial Times Deutschland commented on Monday: "What will stick is the message that an SPD minister who speaks up for the poor and the weak in her speeches has herself driven around in an armored S-class vehicle while on vacation. You can't get much further removed from the people than that."