After days of keeping mum, German President Christian Wulff has broken his silence over a potential financial scandal that broke earlier this week. On Thursday he admitted making mistakes in connection with accepting a private loan for half a million euros while he was still governor of Lower Saxony in 2008.

"I recognize that the wrong impression could arise here," Wulff said in a written statement. "I regret that."

Wulff had denied having business ties to entrepreneur Egon Geerkens in response to a state parliamentary question from the opposition Green party in 2010. However Wulff and his future wife Bettina reportedly took a loan of some €500,000 ($660,000) from Geerkens' wife Edith to buy a home in 2008.

German daily Bild reported on Tuesday that Edith Geerkens had granted a loan for a half-million euros in October 2008, at an interest rate of four percent, which the Wulffs used to buy a house on Oct. 1, 2008 for €415,000.

At the time, the question was regarding "whether business relations between me or the state of Lower Saxony, on the one hand, and between Mr. Egon Geerkens or another businessman or business, on the other hand, had taken place," Wulff's statement said. "I answered the question accordingly and saw no reason to mention the private loan contract with Mrs. Geerkens," he added.

Still, Wulff acknowledged, doing so would have been a better decision. "Because I have nothing to hide in the matter," he wrote.

Wulff, whose current position as president is largely ceremonial, also said that he planned to submit his personal papers regarding the loan and other items to a lawyer "in the interest of separating the professional and personal." Journalists interested in finding out more could access the papers there, he said, explaining this would help "establish transparency."

"The perception of public offices requires at all times a large measure of integrity and sense of responsibility," Wulff's statement, adding this was his duty.

The president's statement followed calls by opposition politicians for the member of Chancellor Angela Merkel's conservative Christian Democrats to speak plainly about the reports. His spokesman had already said on Tuesday that Wulff "correctly answered" the question, which had been prompted by the Wulff family's 2009 Christmas vacation, spent at a Florida villa owned by Egon Geerkens.

On Tuesday Geerkens rejected all allegations of wrongdoing in the matter of the loan, telling SPEIGEL ONLINE it was a "totally clean deal." Amid the banking crisis, Wulff and his then-girlfriend Bettina were trying to start a new life together after the Wulffs' divorce. "It helped him and it helped us," he said, adding that he was "not a professional lender" and it had "nothing to do with our business." 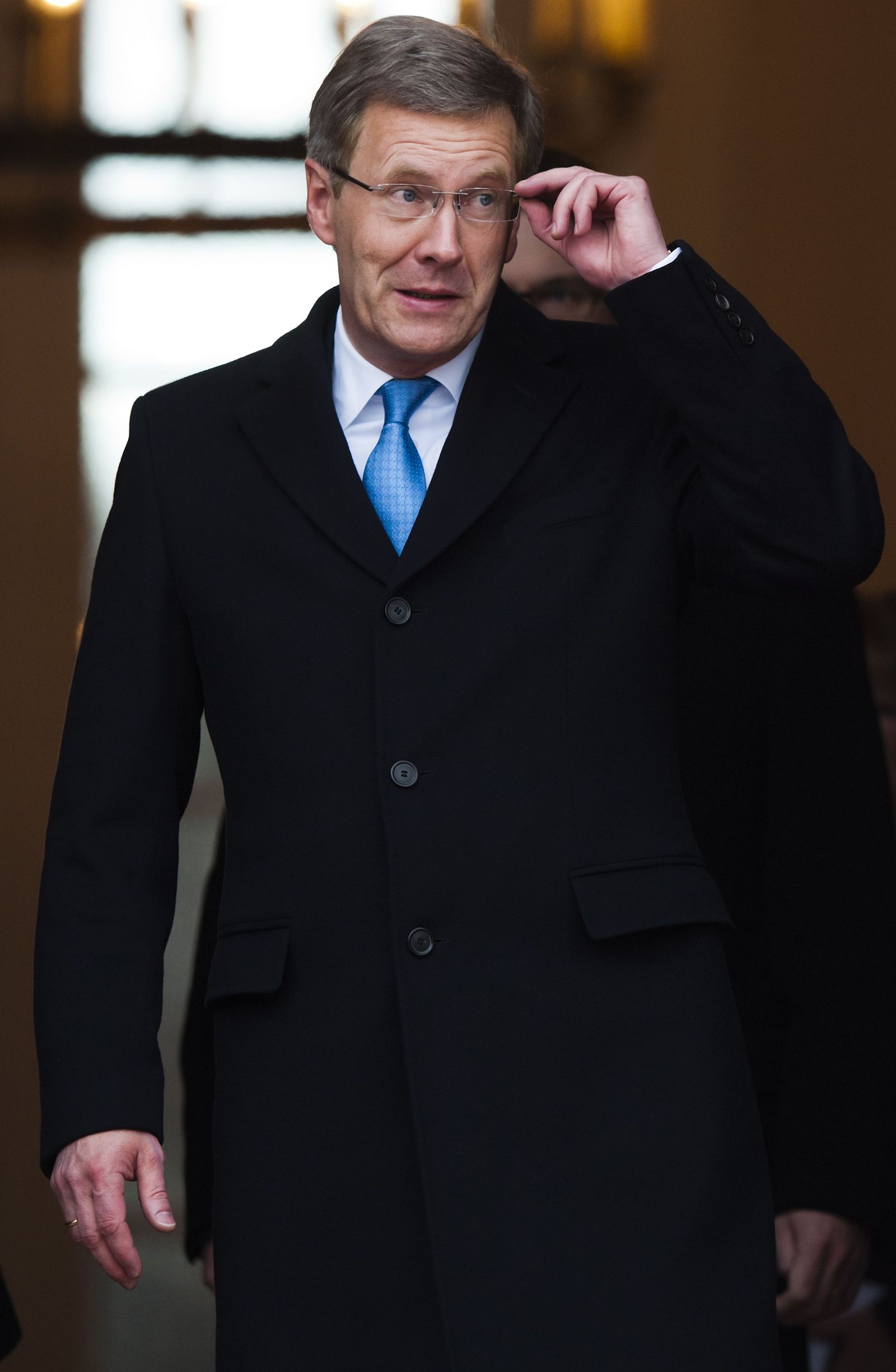 Wulff pictured on Thursday at his official residence, Bellevue Palace.