Revelations about a series of murders allegedly committed by members of the Zwickau neo-Nazi cell, who are believed to have killed nine people of Turkish and Greek descent between 2000 and 2006, shocked Germany. But what do the roughly 2.5 million people of Turkish descent in Germany think about the killing spree, and how has it changed their feelings about Germany?

To answer that question, researchers from the Migration and Politics Research Center at the Hacettepe University in Ankara, the German-Turkish immigration research initiative SEK-POL, and the Berlin research institute Data4U carried out a joint study -- and came to some sobering conclusions. Turkish immigrants in Germany, they found out, have lost a considerable degree of their confidence in the German state, with the majority afraid there will be further racially motivated killings.

The authors of the study interviewed a representative sample of 1,058 people of Turkish descent living in Germany aged 15 years and over, between Dec. 5 and Dec. 15. More than half of the people surveyed -- 55 percent -- believed that the far-right terrorists were protected or even supported by the German state. About one-third were even convinced that there was "extreme" state support for the Zwickau-based neo-Nazis. Only about 21 percent believed there was no state support.

The immigrants' considerable mistrust of the German state was based largely on the fact that the killings were committed over such a long period of time, the study's authors explain. "The Turks usually associate Germany with order, organization and very efficient law enforcement agencies," Murat Erdogan, director of the Migration and Politics Research Center at Hacettepe University, told SPIEGEL ONLINE. "For that reason, many of them can't understand how these murders could have gone unsolved for over 10 years."

Mistrust was also caused by revelations in the media about mistakes and slip-ups by the authorities during their investigation, such as reports that the Office for the Protection of the Constitution, Germany's domestic intelligence agency, had the group under observation but did not act, Erdogan said. The fact that the investigation into the killing spree was initially based on the assumption that the murders were connected to a "dangerous Turkish mafia organization" in Germany also influenced the poll's results, he said.

A total of 87 percent of respondents said they were following the news about the alleged far-right murder series, with most of them getting their information from the Turkish media. German authorities can take some comfort in the finding that the large majority of Turkish immigrants -- 78 percent -- viewed the violence as the excesses of a radical minority and did not associate it with German society as a whole. Less than 7 percent believed that "large segments of the population" shared responsibility for the murders. "I did not expect the results to be so clear-cut," Erdogan said.

The neo-Nazis Uwe Böhnhardt and Uwe Mundlos, who were found dead in a recreational vehicle in Eisenach on Nov. 4, are believed to be the main perpetrators of the Zwickau cell. The only surviving member of the cell, Beate Zschäpe, is currently in custody but is refusing to talk to investigators. The three are believed to have founded a terrorist group calling itself the National Socialist Underground (NSU). The group is believed to be responsible for the murders of nine small businessmen of Turkish and Greek origin between 2000 and 2006, and for the murder of a policewoman in Heilbronn in 2007. The cell is also suspected of having carried out bombings in 2001 and 2004 in Cologne.

The trio went underground in 1998 and managed to remain on the run for almost 14 years, even though investigators obtained information about their location on several occasions and the group maintained contacts to the neo-Nazi scene, which is peppered with informants for the domestic intelligence agency.

Two-thirds of respondents to the study believe that German politicians tried to hush up the case and sweep the murders under the rug. According to the study, less than half of Turkish immigrants regard the apology issued by the German parliament, or Bundestag, as a convincing expression of regret on the part of the German state.

About three-quarters of respondents said they fear further racially motivated murders in Germany, and nearly 40 percent have concrete concerns that they or someone they know could be the victims of similar killings by neo-Nazis. Nevertheless, the study shows the reaction to the murder series among Turkish immigrants is characterized more by grief (74 percent) than by fear (8 percent), according to the study's authors.

The survey's results also suggest that most Turks will not allow the murder series to influence their own life plans. More than three-quarters of respondents said they feel well integrated into German society and want to stay in the country long-term. Only 4 percent of those interviewed said they are sure they want to return to Turkey as a result of the murders.

"I consider those figures to be very promising," Erdogan said. "Turkish immigrants are showing themselves to be calm and mature, and proving that they have become an integral part of Germany." 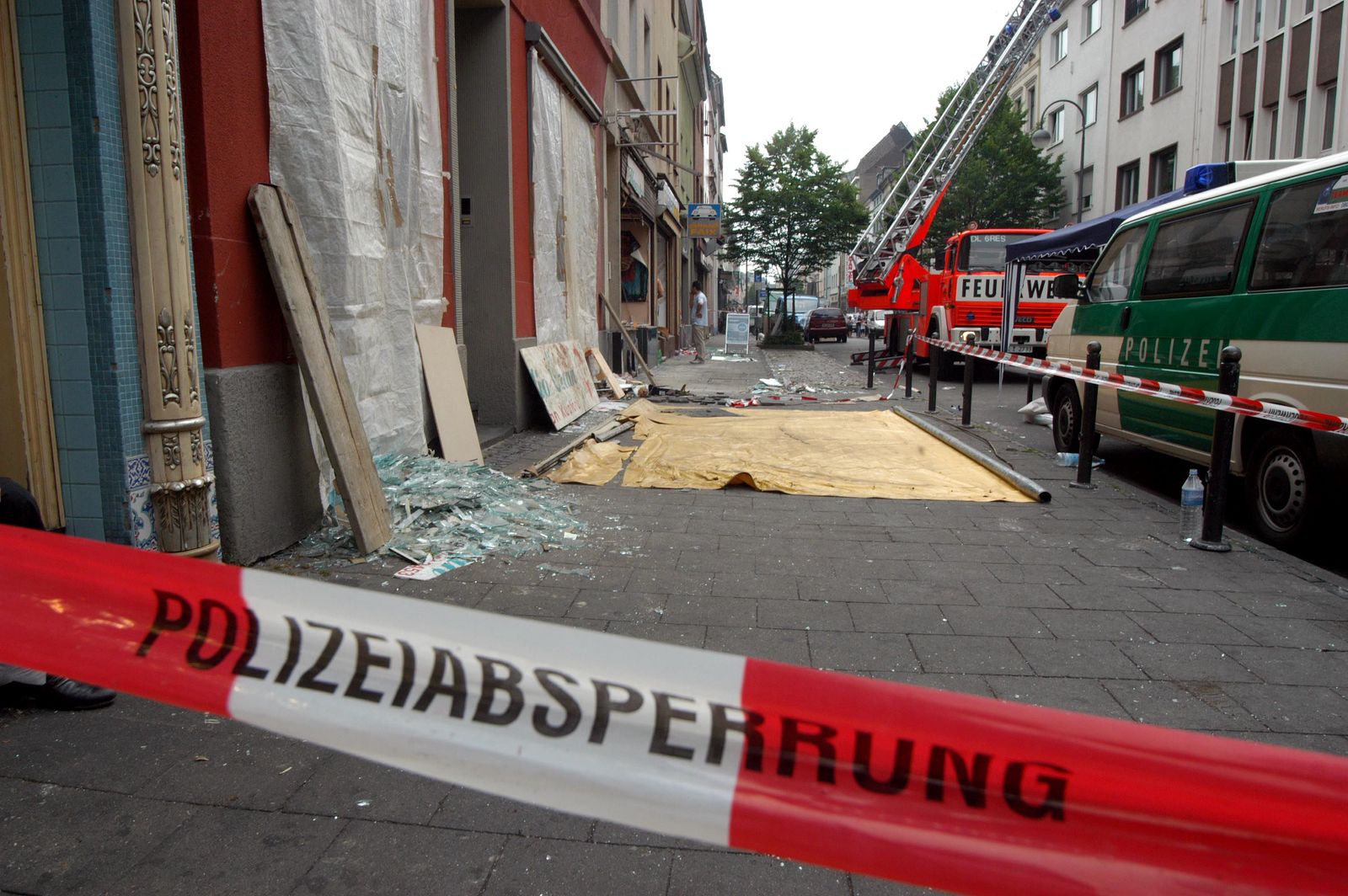 A 2004 bombing in Cologne, which appeared to target the Turkish community, is now believed to have been the work of the Zwickau cell. Turks in Germany have lost faith in the German state as a result of the series of murders.