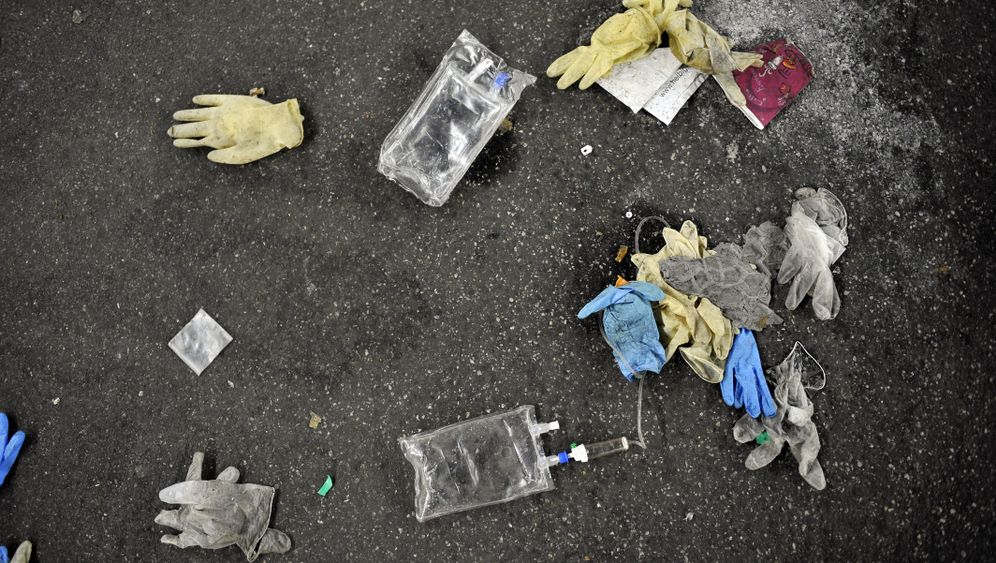 Three days after a tragedy at Germany's Love Parade in the city of Duisburg, there is still rampant confuson over who should be held accountable for the deaths of 20 people at the mass event. While festival organizers and city officials are pointing fingers at one another, the issue is now being addressed by some of Germany's top politicians, who are calling for an indepedent investigation and the resignation of Duisburg's mayor.

On Monday, the tragedy claimed another victim. A 21-year-old German woman died from injuries sustained after being stampeded by a panicked crowd on Saturday, bringing the death toll to 20. While estimates of the crowd numbers have been reduced -- police now believe around 400,000 people were present as opposed to the 1.4 million figure originally provided -- the number of injured has also gone up from an estimated 300 to 511. Forty-three people are still in the hospital receiving treatment, with one in serious condition.

Criticism is growing over apparently inadequate security measures at the mass event, but prosecutors say a thorough investigation -- involving witnesses and photographic and video evicence -- could take months to complete.

Too Many Entrances, Too Many Fences

The Cologne-based Kölnische Rundschau newspaper quoted a police insider saying that the safety plans for the Duisburg event had been debated until virtually the last minute. SPIEGEL ONLINE reported on Sunday that an alternative safety plan developed by local police and emergency services had been rejected by the city. Kölnische Rundschau's source said that Duisburg Mayor Adolf Sauerland had only approved the event and security planning at 9 a.m. on Saturday morning. The security planning had apparently still been the subject of debate on Friday night. According to the source, the Duisburg fire department and police had made clear that the security planning being considered was insufficient and that the event should not be held under those circumstances. However, they failed to push through their own alternative plan. The police insider added that because thousands of attendees were already on their way to the event, city officials had little choice but to grant permission to proceed with the Love Parade.

Love Parade organizer Rainer Schaller complained that Duisburg police contributed directly to Saturday's tragedy by opening up extra entrances leading to the tunnel where the panic and ensuing deaths occurred. At first, the event organizers had kept ten out of 16 entrances to the tunnel closed because of the danger that the tunnel might become a bottleneck, Schaller said. He claims that police had instructed the organizers to open all the entrances leading into it. Love Parade organizers had been criticized for erecting temporary fences that may have contributed to the bottlenecks and the crowd's panic, but Schalling said they had only been erected because of restrictions on the sale of alcohol. 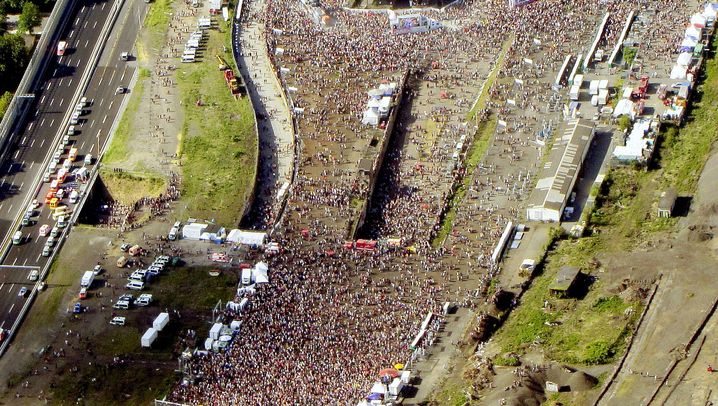 Duisburg Mayor Sauerland responded to fierce criticism of his city's safety planning and its response to the catastrophe on Monday. "There have been many questions asked about whose responsibility this is -- also whether it is mine personally," he said in a statement. "I will ask myself these questions. But today and in the coming days we must review these terrible events thoroughly and put the many pieces of the puzzle together to form one picture."

He said that he had asked city officials to answer pressing questions. "We will take that information to public prosecutors immediately and we will support that office unreservedly in their work. Our own role in this will also be examined. If the city has something to answer for, then we will take responsibility for that."

Sauerland also expressed sympathy for the relatives of those who had died in the panic at the Love Parade. "I am so deeply sorry, and I know that it is not possible to share your pain," he said. "I know that you expect answers from me. But I cannot give these today. But as soon as I have some answers, I will give them to you. The city mourns with you, as I do personally."

So far, though, nobody seems to be willing to take any real responsibility for the tragedy. A press conference held on Sunday at Duisburg's City Hall merely served to emphasize that fact. While organizer Schaller, the millionaire owner of the McFit chain of fitness studios, announced there would never be another Love Parade, he seemed unable to offer much more than that. Currently, Duisburg doesn't have a chief of police -- that role is being filled temporarily by the chief administrator in the police department, Detlef von Schmeling, who also appeared at the press conference. Joining him was Wolfgang Rabe, head of the office of public order. Rabe said he was no longer the head of the crisis management team because it no longer existed. The resulting impression: No responsibility and no resignations either.

The head of the Green party in North Rhine-Westphalia, Monika Düker, has called for Sauerland's resignation. She told SPIEGEL ONLINE: "Sauerland should have enough sense to resign." As head of "the authority that approved the festival the political responsibility for a concept that failed," lies with him, she said.

The head of German Police Union (DPolG), Rainer Wendt, also called on Sauerland to step down, saying it was unacceptable for city officials responsible for the event to "hide for months behind the public prosecutor's back and to believe that they could sit out this terrible event with their silence."

Criminal lawyers have told German media that they don't expect anyone to be going to prison -- suspended sentences and fines were more likely. The Love Parade was insured for €7.5 million and if the fines surpass that amount, Schaller, as the organizer, would be liable for them.

In fact, two legal complaints have already been filed, including one by Thomas Wenner, the former police chief of the neighboring city of Bochum. On Sunday morning, Wenner filed a complaint against the politicians and top officials in Duisburg as well as the event's organizers. "Sauerland is chiefly responsible for this tragedy," Wenner told SPIEGEL ONLINE. "As the municipal leader it was his task to prevent an event from taking place under these kinds of conditions."

A year ago, Wenner cancelled the planned Love Parade in in Bochum, saying he "didn't want to sacrifice safety on the altar of good times," he said. Wenner explained his decision in an open letter, released in January 2009. In it he was sharply critical of those who wanted the Love Parade to go ahead in Bochum, saying that they were being irresponsible and pointing out that the event grounds were too small and that the entrances and exits to the grounds would not function properly. There had already been precarious situations in Dortmund in July 2008, when 1.6 million attended the Love Parade there. According to Wenner: "Bochum could not even have guaranteed the safety of 800,000 people." Especially, the former police chief said, when people were under the influence of alcohol and drugs which could make them even more liable to panic in emergency situations.

The city backed his objections and, although Wenner became known as the man who cancelled the Love Parade, he says: "The pressure did not get to me." As the final line in his letter said: "Survival is more important."

Critics at the Federal Level

On Tuesday, criticism of the city officials and Love Parade organizers also increased at the national level. Chancellor Angela Merkel's conservatives in Berlin called for the creation of an independent investigation into the deadly incident to be led by emergency services personnel who live outside the Duisburg area.

Wolfgang Bosbach, a member of her Christian Democratic Union party who chairs the domestic affairs committee in paraliament, said the committee should address the issue once the investigation has been completed, especially since members of the Federal Police, a national police force, had been involved.

He said the question also had to be raised about what the events mean for other large events in the future and whether general safety planning should be reviewed in light of the "bitter experiences" in Duisburg.

In another interview with the financial daily Handelsblatt, Bosbach said he was angered that nobody had answered any questions or taken any responsibility yet for the tragedy. "It is more than surprising that those responsible have so far not even answered any pertinent questions," Bosbach said, adding that everyone involved seemed to be trying to blame the other.