"Google knows more about you and me than the KGB, Stasi or Gestapo ever dreamed of." That comment by one German newspaper was typical of the reaction to Google's announcement in August that it would launch its Street View service in Germany by the end of the year.

The news triggered a storm of protests, with politicians such as Consumer Protection Minister Ilse Aigner accusing Google of violating individuals' right to privacy with its online service, which allows Internet users to take a virtual tour of cities.

But the vast majority of residents of the 20 cities which will initially feature in the German version of Google Street View appear to be indifferent to the alleged intrusion on their private sphere. Fewer than 3 percent of residents have petitioned the Internet giant to make their homes unrecognizable in the online service, the company has revealed.

In an official blog post dated Wednesday, a Google executive wrote that the company has so far received 244,237 requests from German residents to blur out their homes. That figure corresponds to 2.89 percent of the almost 8,500,000 households in the 20 featured cities, wrote Andreas Türk, product manager for Street View in Germany.

The number is lower than many observers were expecting. According to one survey conducted earlier this year, 52 percent of Germans were opposed to their apartments or houses being shown in Street View.

The new total confirms a September report by SPIEGEL that "hundreds of thousands" of people had asked Google to blur out their homes. Residents could apply online via a special website that Google had set up. Although the deadline for submitting applications passed last Friday, the company stresses that people can still get their houses blurred out at any point even once the service has been launched. The original deadline was extended by four weeks in response to political pressure.

The applications are being processed by hand, and Google has hired an extra 200 staff in Germany for the purpose. The process is made more complicated by the fact that in each case several pictures must be digitally altered so that the building is unrecognizable from all angles. 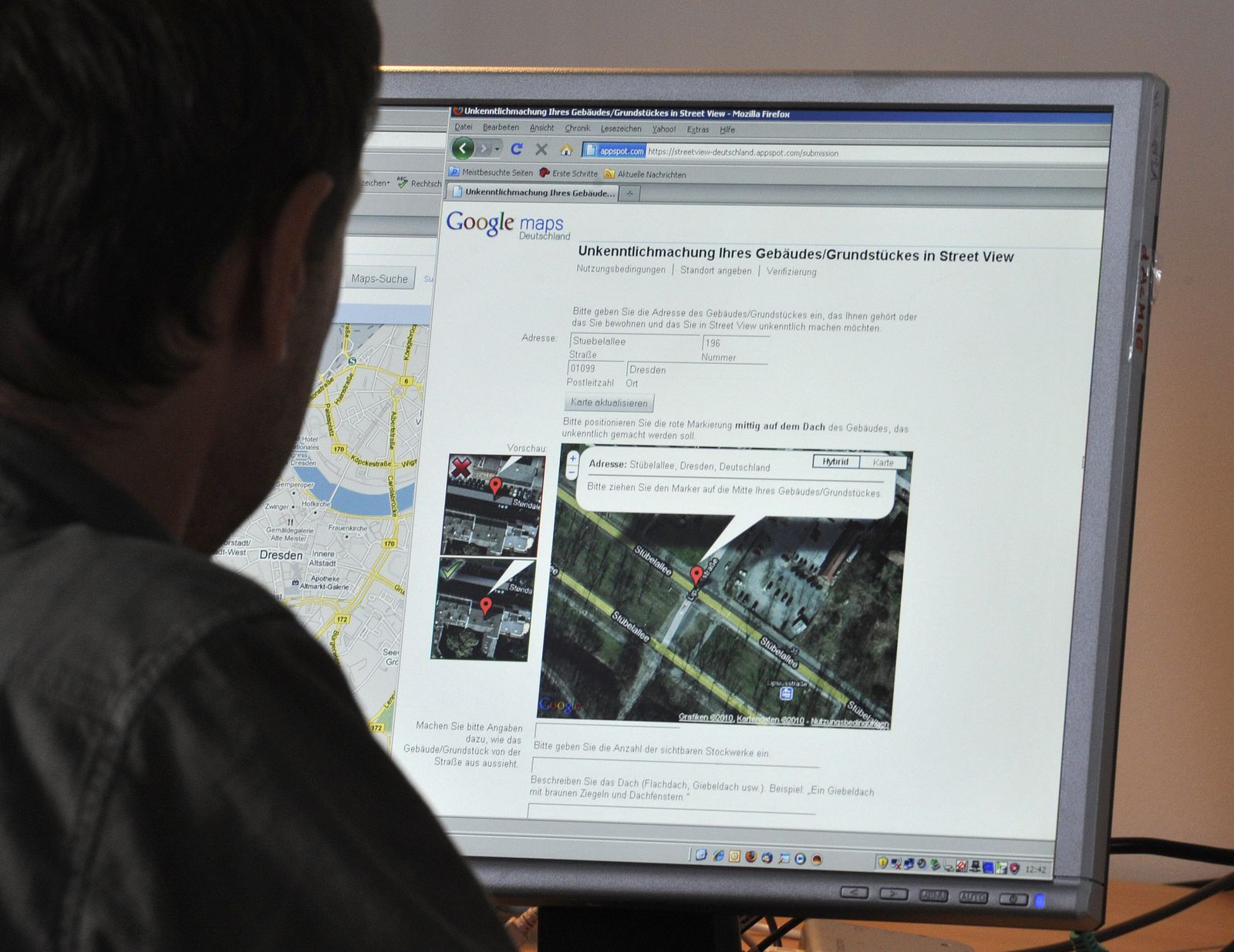 Fewer than 3 percent of residents in 20 German cities have petitioned Google to blur out their homes in its Street View service.