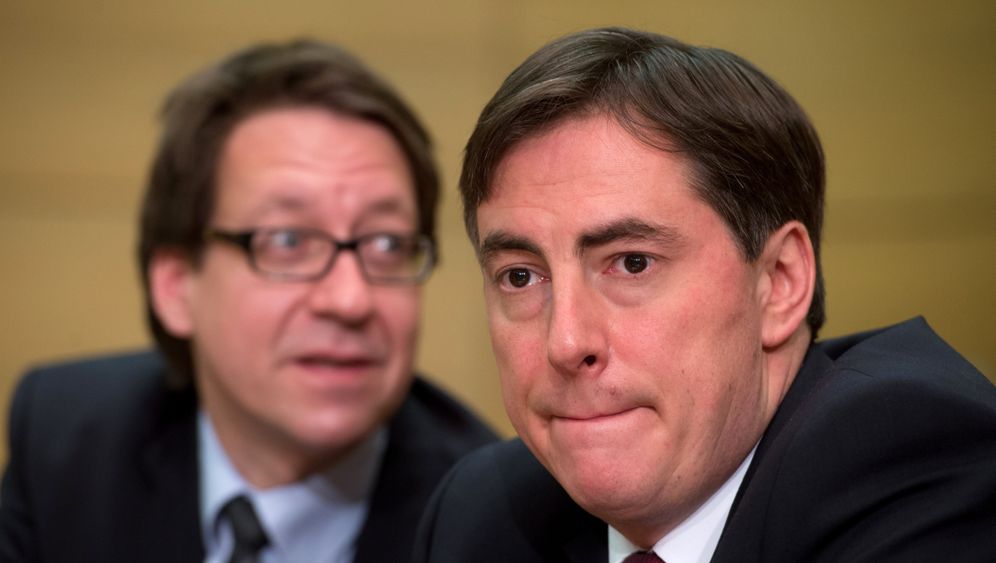 The outcome of the state election in Lower Saxony was too close to call hours after polling stations closed on Sunday in a sign that Chancellor Angela Merkel won't be getting the impetus she had been hoping for ahead of the September general election.

Exit polls put Merkel's Christian Democratic Union party (CDU) and their junior coalition partner, the pro-business Free Democratic Party (FDP) neck-and-neck with the center-left opposition of Social Democratic Party and Greens -- despite damaging gaffes by the SPD's contender to oust Merkel, Peer Steinbrück, in recent months. According to one poll by broadcaster ZDF, both may have won 75 seats in the parliament of the northern state.

The election in Germany's fourth-largest state is being scrutinized for clues to the outcome of the September vote in which Merkel is bidding for a third term.

Whoever ends up as the winner when all the votes are counted in Lower Saxony, the main lesson is likely to be that the general election could be a very tight race indeed, despite Merkel's popularity.

The chancellor has won kudos for limiting the fallout of the euro crisis for German taxpayers, and many analysts have said she looks almost unbeatable. She is a shrewd tactician with a knack for sidelining rivals, and she makes up for her lack of charisma and oratory skills with a low-key pragmatism that appeals to many voters.

But the weakness of the FDP is her Achilles Heel, and Sunday's election made that clear even though the ailing party appeared to come back from the dead, scoring an impressive and far higher-than-expected result of more than 9 percent. That gain was attributed to the CDU governor of the state, half-Scot David McAllister, who tacitly encouraged his supporters to split their ballot to make sure the FDP would clear the 5-percent hurdle needed to remain in parliament -- a precondition for him remaining in office.

That strategy appears to have worked a little too well, because it came at the cost of a steep drop in the CDU's own vote to just over 36 percent, down some six percent from the last election. Some 101,000 CDU voters opted to vote for the FDP this time, polling institute Infratest dimap estimated.

"The center-right camp can't really be pleased, the chancellor will have registered how dangerous a ballot-splitting campaign can be for her and the center-right," the chief political correspondent of the ARD public broadcasting network, Ulrich Deppendorf, said in a commentary. "The general election may be more exciting than expected."

The SPD's national party leader, Sigmar Gabriel, put it a little more bluntly. "The FDP only really exists because it got a blood transfusion," he told party supporters.

The result has given FDP leader and Economics Minister Philipp Rösler a stay of execution after prominent members of the party had been plotting to topple him for failing to reverse its dramatic slide in support.

If McAllister ends up getting enough votes to remain governor of Lower Saxony, the CDU will have ended its losing streak after suffering setbacks in the last 12 state elections. But the result will have been too narrow to give Merkel much of a lift.

According to exit polls, the SPD gained around two points to just over 32 percent, the Greens jumped over five points to 13.5 percent and the FDP rose almost two points to more than 9 percent.

Both the Left Party and the Pirate Party failed to clear the 5-percent hurdle and didn't make it into parliament.

'The Catch Up Race Paid Off'

Katrin Göring-Eckhardt, one of the leaders of the Green Party, said the strong showing of her party in Lower Saxony was a sign that the SPD and Greens have a chance at winning the next general election. "This evening has given us real tailwind for the general election. We can and we will manage to beat the center-right," she said.

Just a few weeks ago, opinion polls had indicated that SPD candidate Stephan Weil, with the help of the Greens, would easily defeat McAllister.

But McAllister, 42, the son of a Scottish soldier and a German teacher, fought a lively campaign, even resorting to bagpipe music to whip up sentiment, and managed to whittle down the center-left lead.

The SPD had been looking for a bounce from the Lower Saxony to help it to make up ground on the national level that it has lost during the last several weeks of slip-ups by Steinbrück.

His bid for the chancellorship, already dented by controversy surrounding his income from lucrative speaking engagements in the last three years, suffered a further setback recently when he said German chancellors should be paid more. The remark exposed him to accusations that he was only in it for the money, and dented the SPD's campaign in Lower Saxony in recent weeks.

"I'm very aware of the fact that there wasn't much tailwind from Berlin and I'm also aware that I'm partly responsible for that to some extent," Steinbrück told party workers on Sunday. But he added: "It's clear that the CDU lost 6 percent -- that is one outcome of this evening. That means for this year that a change in government at the national level is possible."

If either camp gets a majority of just one seat, they will use it to form a government in Lower Saxony. But if they remain level, the SPD and CDU may end up forming a grand coalition.

On Sunday night, McAllister, a loyal ally of Merkel, admitted that the CDU may end up forming a "grand coalition" with the SPD if the two camps get an equal number of seats. "One can't rule out anything with such a result," he said.

That could very well prove a harbinger for September. Such an outcome in the general election would suit Merkel because it could enable her to secure a third term -- and rid herself of the troublesome FDP.