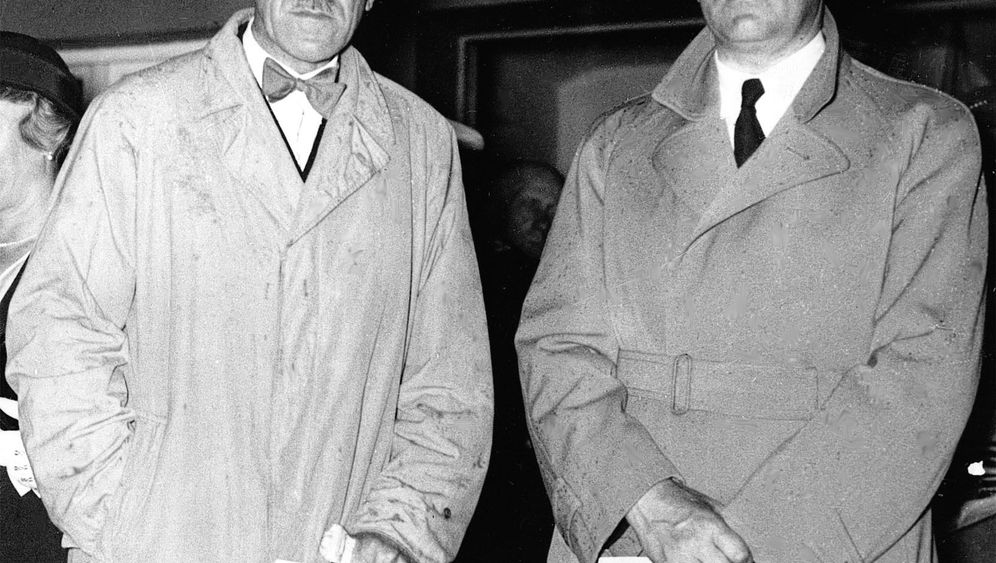 "The political situation now is so complicated and is subject to so many psychological factors that it is impossible to make any definite forecast," George S. Messersmith, the United States consul general in Berlin from 1930 to 1934, wrote in a dispatch to the State Department on Feb. 3, 1933.

Four days earlier, Reich Chancellor Kurt von Schleicher had been dismissed just weeks after his election. His replacement was Adolf Hitler. "It may, I believe, be accepted," wrote Messersmith, "that whether the Hitler regime lasts for a few months or for a longer period, it is only a phase in the development towards more stable political conditions and that this government will be followed by one which will show greater elements of stability than any which Germany has had for some years. The people are politically tired."

Along with other observers, diplomats in Berlin in 1933 did not immediately recognize that the appointment of the new government marked a historical turning point. At that early stage, no one predicted that the Nazi regime would last for 12 years and end with a disaster on the scale of World War II. Initially, Hitler's cabinet was viewed as just another in a series of more or less short-lived German governments.

A day after Messersmith's pronouncements, US Ambassador Frederic M. Sackett noted that political tensions were again visibly increasing and that "the makeup of the present cabinet, with its normally discordant elements, furnishes a fertile field for trouble." Sackett did not believe the National Socialists were strong enough to govern. His doubts appeared to be confirmed by the number and descriptions of ministerial posts within the cabinet -- Wilhelm Frick was made interior minister, Hermann Göring a minister without portfolio.

In Sackett's opinion, the real power lay in the hands of Vice-Chancellor Franz von Papen and Minister for Economics Alfred Hugenberg. It was a view that echoed his American colleagues' earlier observations. On Jan. 30, 1933, the embassy in Berlin sent out a telegram reporting on the appointment of Hitler and the new cabinet, emphasizing the "reactionary and monarchist influence" at work in the new government. At first, many diplomats believed that this conservative containment of Hitler would ensure that the government's agenda would not be determined by the National Socialists' radical ideology.

But, in subsequent weeks, the regime began to unleash its campaign of violence and terror -- on a governmental and administrative level as well as on the street. It was only once foreign consulates started seeing rising demand for immigration visas and a growing exodus to neighboring countries that the significance of the events of January 30 began to sink in.

A Blow To Democracy

Influential figures within the diplomatic corps -- such as French Ambassador André François-Poncet, British Ambassadors Horace Rumbold and his successor, Eric Phipps, Danish envoy Herluf Zahle and Consul General Messersmith -- nicknamed "40-page George" in Washington on account of his lengthy missives -- reported extensively on the Nazi policy of Gleichschaltung, enforcing political conformity in all sectors, from the economy and trade associations to the media, culture and education.

"Democracy in Germany has received a blow from which it may never recover," wrote Frederic Sackett after the March 5 elections for the Reichstag, as Germany's parliament was then called. "Germany has been submerged under a huge Nazi wave. The much-heralded 'Third Reich' has become a reality." In early April, André François-Poncet complained that developments had failed to engender "heroes or martyrs," and that German democracy had failed to save face or indeed itself.

The diplomats tried to convey to their ministries back home what it meant to be living in a dictatorship, which still appealed to many as a "new start" after the crisis of the preceding years. It found support in a wide range of social groups, including former members of Germany's workers' parties. The diplomats were at pains to spell out that the Nazis' political opponents and the country's Jewish communities were not the only ones confronted with lawlessness and persecution, but that vast swathes of the population were as well. Fear pervaded public life, with most people accepting the new status quo out of sheer intimidation. From the outset, the diplomats also reported on mass rallies of fanatical crowds stirred up by propaganda, their radical fervor seemingly even eclipsing that of the Nazi Party.

The contradictions in their reports had nothing to do with their political stances. The same confusion was expressed by later opponents of the war, neutral powers and even representatives of fascist Italy. It reflected the nature of the Nazi regime. From its very inception, it excluded and mercilessly persecuted demographic groups whille at the same time providing those it viewed as belonging to the Volksgemeinschaft, the "community of the (German) people," with attractive ideological and material incentives.

Toward the end of March 1933, French Ambassador François-Poncet wrote that, in many respects, "the Nazis demonstrate a certain double tendency. Some are destructive, grasping, power-hungry and willing to satisfy the needs of the revolutionary zealots of the SA," referring to the paramilitary group known as the "brownshirts." But others, the ambassador added, want to present themselves as having moderation, reason and spirit of political reconciliation and are keen to win over the high-minded members of the population.

Under the circumstances, reliable predictions were out of the question in those first weeks. But attacks on the Nazis' political opponents -- non-conformists and, first and foremost, Jews -- became more frequent. Observers were in broad agreement that the snowballing violence and "practically unrestricted persecution of a race," as Messersmith put it on the eve of the boycott on Jewish businesses introduced on April 1, would at some point lead to acts of international aggression.

"It is now quite clear that it is the most extremely national government which one can conceive of," wrote Messersmith on May 9. "Although it desires very earnestly peace for the next few years in order to consolidate its position, there is on the other hand every reason to believe that once the consolidation is achieved 'the new Germany' will strive in every way to impose its will on the rest of the world."

Christoph Strupp is a research fellow at the Research Center for Contemporary History in Hamburg (FZH). 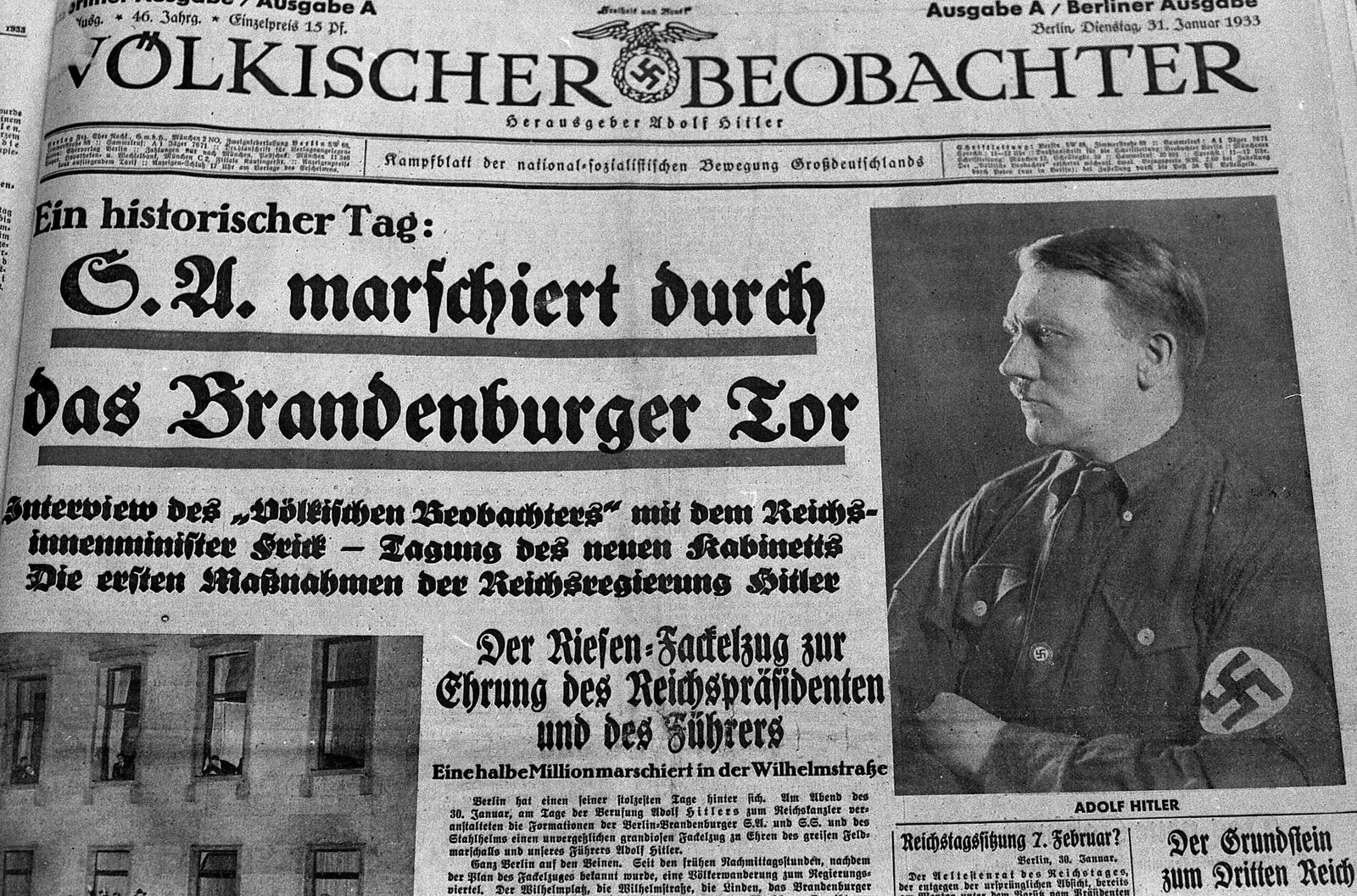 The Völkischer Beobachter was the Nazi Party's newspaper. On Jan. 31, 1933, one day after assuming power, Adolf Hitler appeared on its front page.