It is difficult to overstate the importance of the trial that begins on Monday in Munich. Nominally, the proceedings are to determine the degree to which the defendant Beate Zschäpe was involved in the murder of 10 people, nine of them with immigrant backgrounds, between 2000 and 2007. Expectations, however, are much higher. First and foremost, German society is demanding answers to one central question: In a country marked so deeply by its Nazi past, how could a murderous trio of neo-Nazis remain undetected for so long?

Protesters in front of the heavily guarded courthouse highlighted those questions on Monday, with some holding up a banner which read "Why were the authorities blind?" Indeed, Germany's Turkish community -- to which eight of the murder victims belonged -- along with many others in the country continue to wonder how police failed for years to explore the possibility that racism was the primary motive behind the killings. The series of blunders that characterized official handling of the case has further undermined confidence in German authorities.

The trial, narrowly focused as it is, will not likely be able to answer all of the questions that have arisen since the existence of the terror trio, known as the National Socialist Underground or NSU, came to light in November of 2011. Indeed, there is no guarantee that Zschäpe, as the primary defendant, or any of the four alleged accomplices also in the dock will even be found guilty. The two NSU members widely believed to have been responsible for pulling the trigger in the 10 murders -- Uwe Mundlos and Uwe Böhnhardt -- committed suicide on Nov. 4, 2011 after being cornered by police following a bank robbery. And Zschäpe has refused to talk. Whether it can be proven that she and the other defendants knew about the killings and provided assistance remains to be seen; the trial is expected to last up to two years, and perhaps longer. 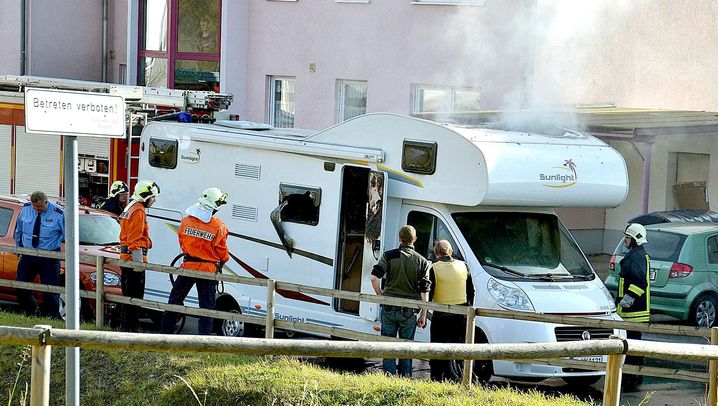 One aspect of the trial will be particularly important. For years, German police assumed that the victims were targeted due to their presumed connection to some sort of Turkish immigrant underworld. That they were, in fact, felled by a racist trio of neo-Nazis drastically undermined the faith of Germany's substantial Turkish population in the country's law enforcement. They are demanding answers.

Equally important, however, will be the trial's ability to shed light on painful questions the murders posed about German society. What, German editorialists ask on Monday, do the murders, and the shocking inability of justice officials to solve them, say about the country?

"Citizens, politicians and journalists here in Germany fool themselves when it comes to right-wing radicalism. We tend to see it as being completely marginal, as though it takes place far from the center of society and the right-wingers will ultimately vanish by themselves. It has become apparent that they won't."

"Such widespread nonchalance is deplorable, but almost understandable. The long-standing and almost Pavlovian reference to Germany's horrific history with its myriad innocent victims has relativized all evil which has appeared since and has provided us with skin that is much too thick. It protects us from outrage over smaller crimes: The many ugly outgrowths of right-wing extremism seem in comparison to the gigantic barbarity (of the Third Reich) to be marginal. Which is why we either don't pay much attention or don't take them seriously. Both approaches are negligent."

"In February alone there were 941 right-wing crimes committed resulting in 29 injuries. Between 1990 and 2012, at least 152 people were murdered by right-wing extremists. The varnish painted over Germany's susceptibility to extremism is thin."

"Tragically, as the history of the investigation into the NSU shows, German authorities have allowed themselves to become infected by this nonchalance as well as by the inaction of both German society and its politicians."

"For too long, investigators stubbornly followed the wrong trail. They did manage to come up with a connection between the murders, but it was a theory which, without a shred of evidence to support it, discriminated against the victims and hinted at their own culpability. If they were all foreigners or had foreign backgrounds, investigators seemed to assume, then they must have been criminals. In hindsight, it is easy to see the degree to which the victims were externalized from a German society that was presumed to be healthy and uninvolved in criminal activity. The fact that seven of the victims ran their own businesses was not interpreted as a success or as courageous. Rather it was merely seen as a confirmation that something was amiss and that those murdered were likely the victims of some kind of inner-Turkish milieu conflict."

"There is no other country in the world that has approached its own criminal history with the commitment and longevity that Germany has displayed. Civil servants in the country … share much of the credit for that. As does a German public which -- though delayed -- has accepted the country's National Socialist past as its own, one which cannot be forgotten. That is a positive and one which should be recognized. But this self-critical approach to history was unable to prevent the judiciary and the media from succumbing to blindness for years and failing to see the truth of these murders. It is difficult to apply lessons from the past to the present."

"One and a half years after the NSU was discovered, it remains impossible to understand how, in the country of Nazi crimes, a neo-Nazi terror cell was able to steal, bomb and murder for more than a decade. Why was the state, the society and the media so blind? The trial in Munich will be unable to provide a complete answer to that question."

"The proceedings will not shed light on the entire truth. But it can do much to heal the wounds by … fastidiously examining each fact and coming to a convincing verdict that survives the appeals process…. But it is also vital that the court includes the family members of the victims. That won't be easy with 77 co-plaintiffs and their 53 attorneys. But wounds can be healed only if the court takes their concerns seriously. The state has ignored them for too long."

"The combination of bureaucracy, blunders and incompetence among officials (in the NSU investigation) was so potent that stupefaction is a more appropriate reaction than understanding. Indeed, it is one reason why Germany, even two years (after the discovery of the NSU) remains poorly prepared for the battle against right-wing extremism. The power of symbolic action, taboos and moral outrage has been the primary tool used thus far…. But did not the rise of the NSU take place exactly where this approach would like to push right-wing extremism: as a segregated, tabooed and disdained sub-culture? The path towards eroding this sub-culture -- one which grew out of the center of society -- is one that is seldom traveled, because it is rockier than the preferred and practiced route of indignant outrage."

"By following that path, the public unwittingly plays the game preferred by right-wing extremism. Nothing is preferred by extremists more than horrified attention, frothy polarization and tendentious moralizing." 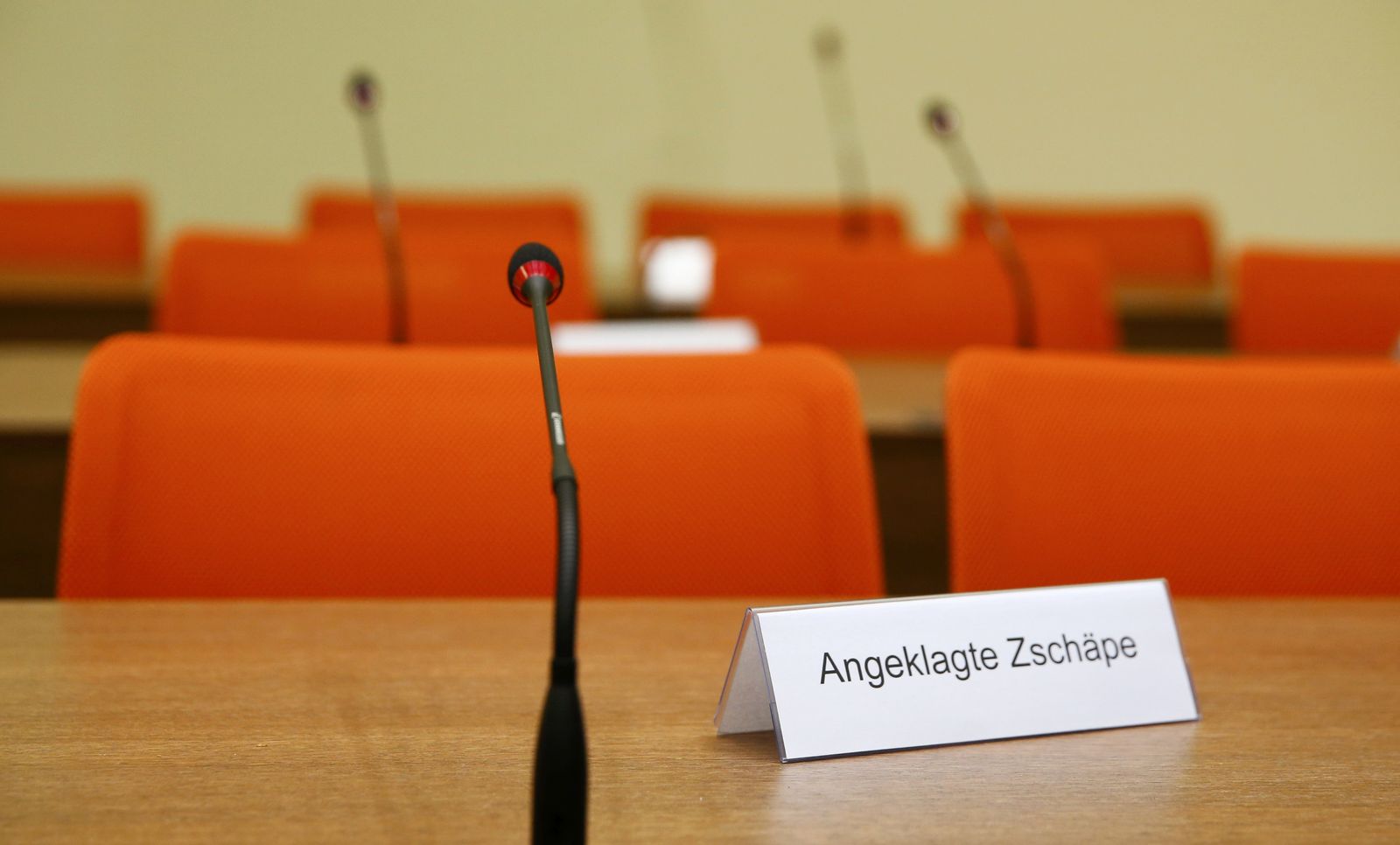 The courtroom in Munich where the NSU trial got underway on Monday. 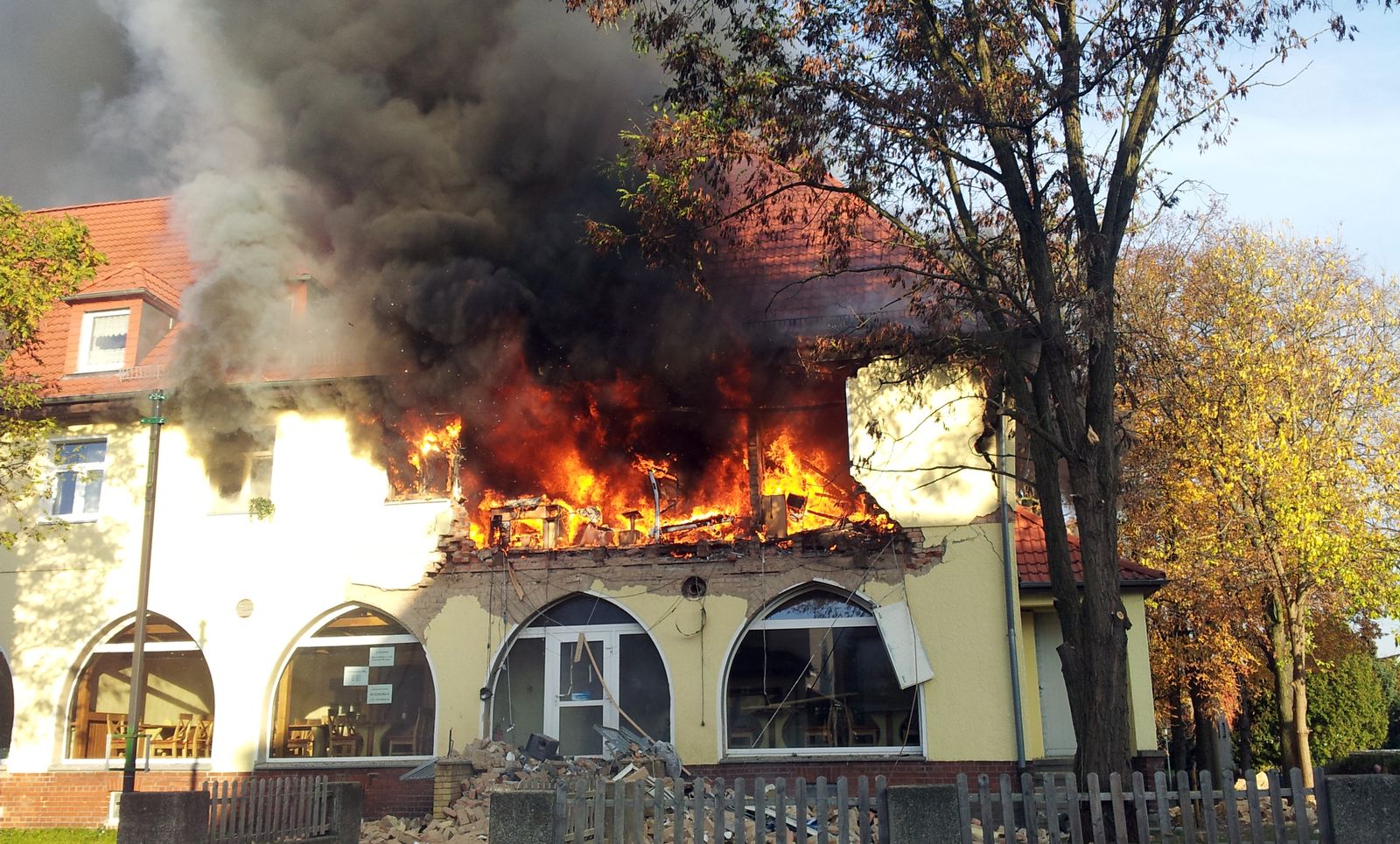 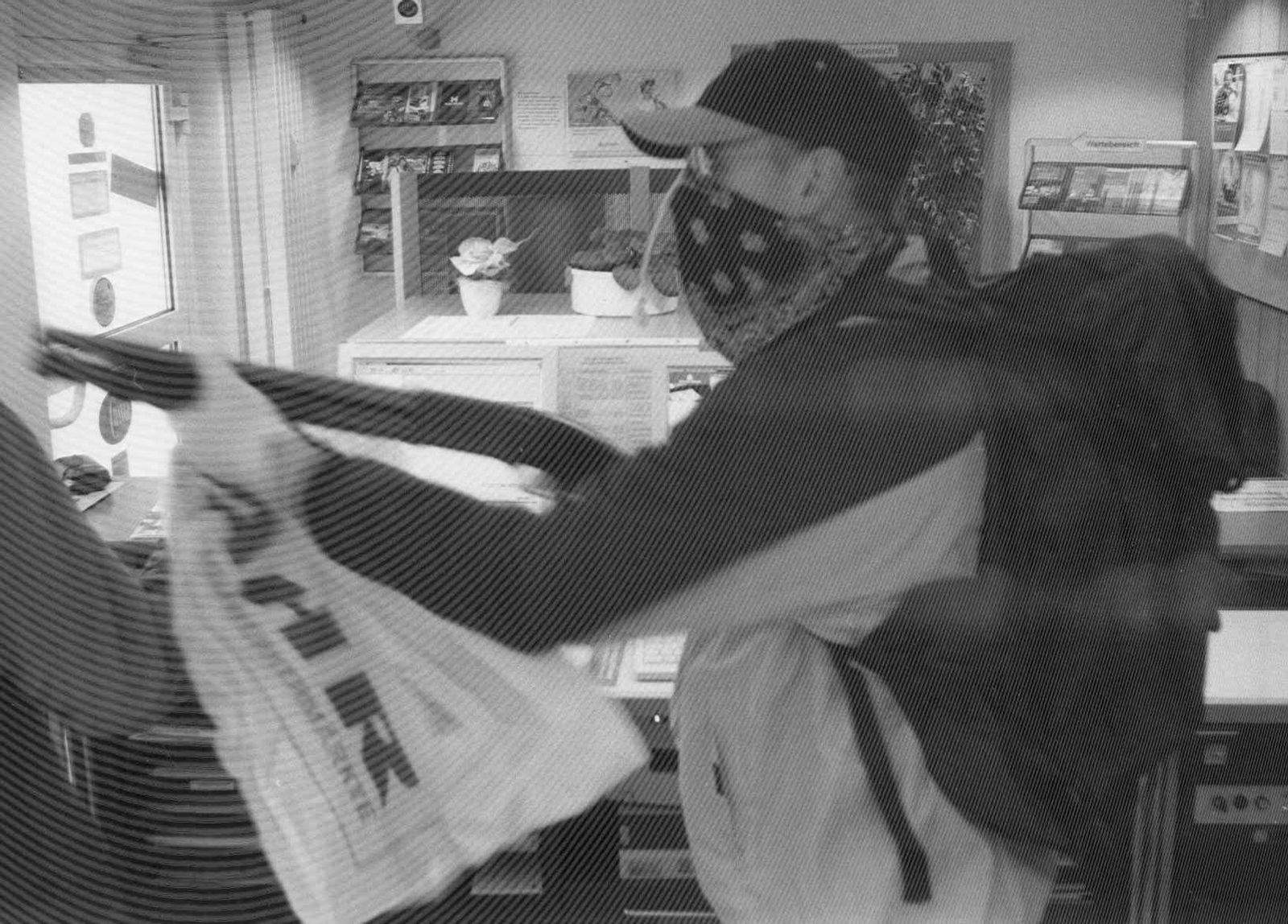 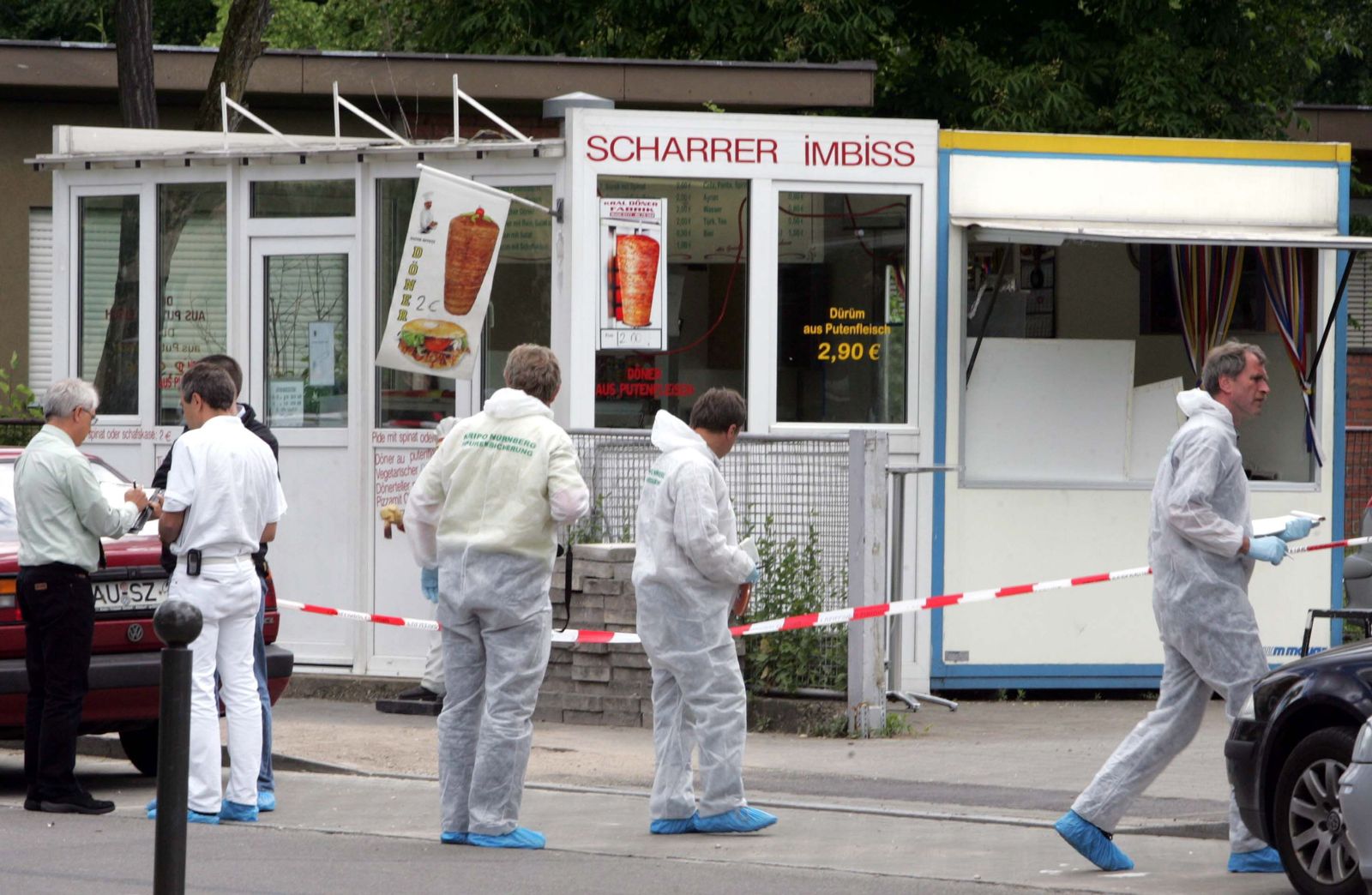 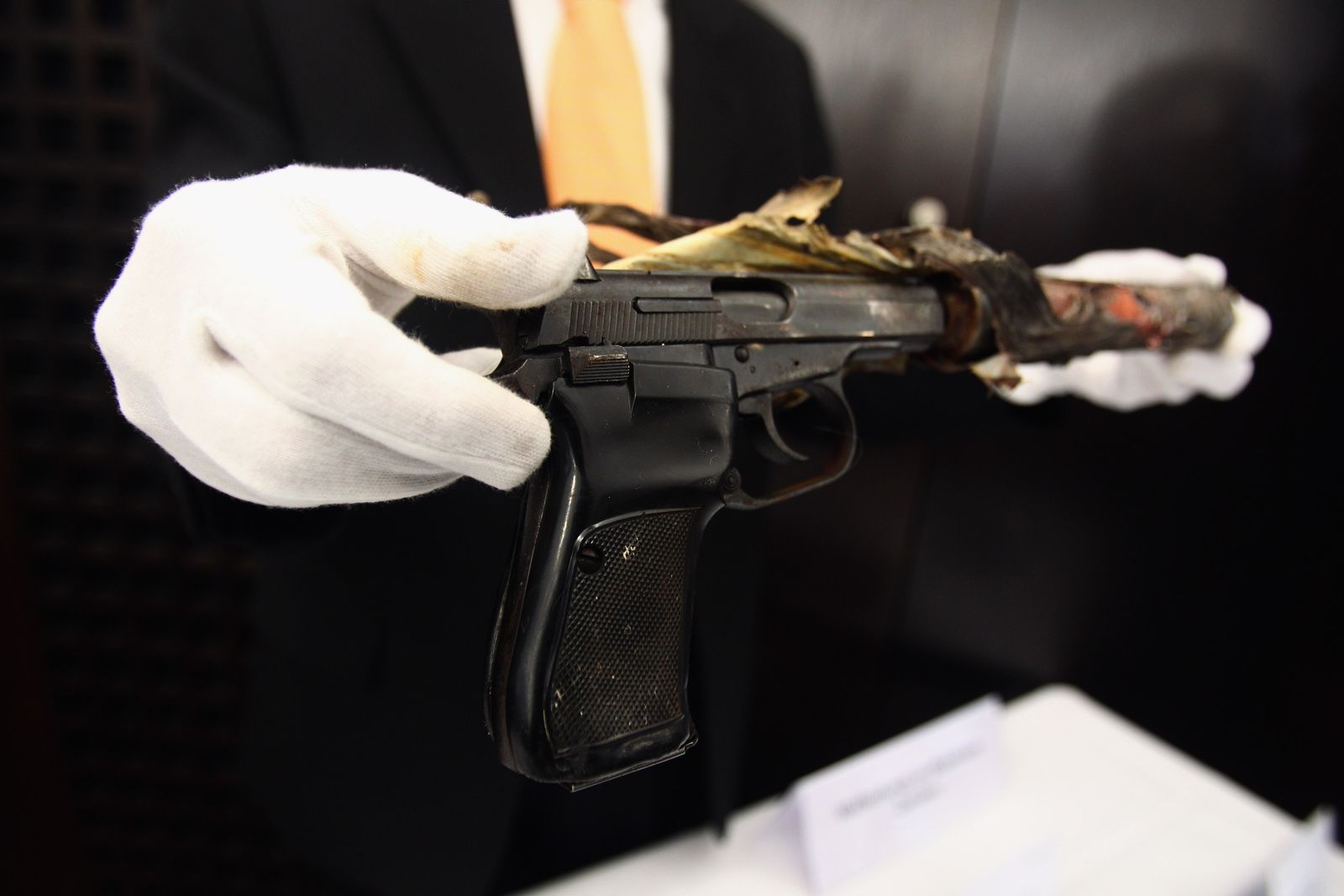