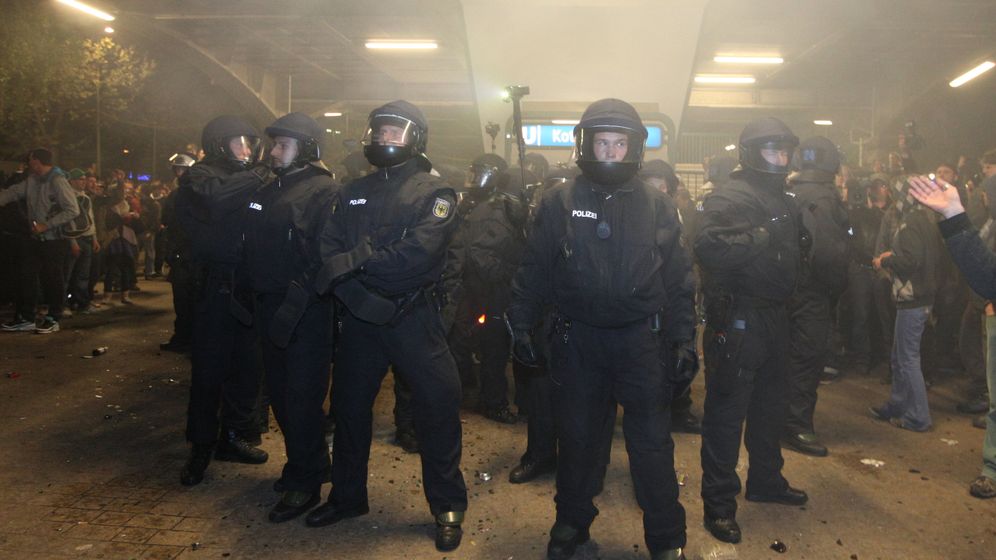 Photo Gallery: Minor Clashes on the First of May

It was to be a "Day of Rage." That, at least, is what one oversized banner -- plastered on the side of a trailer packed with speakers -- read on Sunday. The reference was clear: Egyptians, Tunisians, Libyans and Syrians have all staged such mega-demonstrations this year to demand the end of brutal autocracies.

But a revolution in Berlin? Some 10,000 left-wing demonstrators in the German capital were hoping for exactly that on May 1. The day is traditionally one of labor union marches and, in the Berlin neighborhood of Kreuzberg, of rioting and clashes with the police. And Sunday didn't disappoint. Demonstrators threw stones, bottles and fireworks at around 6,000 police tasked with keeping the protests in check. The front windows of several banks and shops were shattered. Police, clad in full riot gear, responded with pepper spray and arrests.

On the whole, however, Berlin police spoke of a "relatively peaceful" May 1 in Berlin. Though a few police received minor injuries, "nothing major" happened, said a police spokesman on Sunday evening.

A History of Violence

May 1 has long been one of the most violent on the left-wing social calendar in Berlin and several times in recent years, the marches have erupted into lengthy battles between black-clad left-wing anarchists and police, mostly in the Kreuzberg neighborhood. In the late 1980s, the street battles periodically ended with shops being looted, police cars overturned and in flames, and dozens in the hospital. As recently as 2009, the clashes proved more than the police could handle, with 273 police injured and almost 300 demonstrators arrested.

This year, organizers announced that some 13,000 people joined the "Revolutionary May 1 Demonstration," which included a march through two Berlin quarters. Organizers broke off the protest prematurely, complaining of "massive police assaults." Inge Viett, a former member of the left-wing terror group Red Army Faction (RAF), took part in the march. Brief fights with the police once the march was stopped, however, failed to spread and the large street festival in Kreuzberg remained peaceful until late into the evening.

On Saturday night, also traditionally a day of unrest in Berlin, some 58 people were arrested in clashes with police. Hamburg, too, witnessed violent clashes between security officials and left-wing protesters.

14 Bilder Photo Gallery: Minor Clashes on the First of May
Merkliste