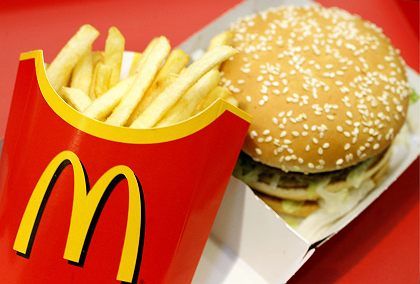 Kreuzberg has been long been a Big Mac free zone... but not for much longer. McDonalds is building a new drive-in restaurant in the Berlin district.

Kreuzberg is one area in Berlin that does things a little differently. Somehow the district's 150,000 inhabitants have survived for decades without a branch of the almost ubiquitous McDonalds -- but not for much longer. The fast-food chain is planning on opening a branch in the heart of one of the city's most alternative neighborhoods later this year.

Building work has already begun on a drive-in McDonalds at the Wrangelstrasse site, which the company acquired back in 2002. But some locals are still hoping to dissuade the burger giant from setting up shop in their neighborhood.

Kreuzberg, once part of the former West Berlin and nestled up against the Wall, became a kind of sub-culture ghetto -- home to a motley collection of punks, squatters and others pursuing an alternative lifestyle. And it still has a distinctly bohemian character: with a colorful mixture of second-hand shops, Turkish restaurants, health food stores and grungy bars and cafes.

Now something altogether brighter and shinier is coming to town and some of Kreuzberg's residents are far from impressed. They have joined together to form a citizens' initiative to protest the arrival of the fast-food colossus in their neighborhood -- over 100 people turned up to the group's first meeting. Katrin Schmidberger, who helped set up the group, is worried about the affect a McDonalds drive-in would have on the area: "We dont want our neighborhood ruined by more traffic and garbage," she told the Berliner Zeitung newspaper. The group plans to collect signatures, hold public meetings and arrange demonstrations in the coming weeks and months.

The initiative has one prominent supporter: the Green Party politician, Hans-Christian Ströbele, who represents the district in the German parliament, says that a McDonalds would be out of place in Kreuzberg.

In an interview published in Monday's Tagesspiegel he explains why he opposes the arrival of the golden arches. His main concern is the fact that the fast-food restaurant will be in the vicinity of several schools: "The school children will eat Big Macs during their breaks -- and that is bad for their health." He says he intends to contact the company and try to persuade them to reconsider opening a Kreuzberg branch. "I will explain to them that they will not be welcomed in this area," he told the newspaper, adding: "It's worth a try."