In the wake of a school shooting in March that left 16 dead, a panel of experts has recommended a number of safety measures, including the adoption of special alarm signals in schools to give teachers, students and law enforcement authorities more time to react to ongoing attacks.

Officials in the southwestern German state of Baden-Württemberg formed the panel on April 22, less than two weeks after a 17-year-old youth, Tim Kretschmer, went on a shooting rampage that left 12 students and teachers dead at the Albertville secondary school in the town of Winnenden, 20 kilometers (12.5 miles) northeast of Stuttgart. The youth then fled the school, killing three more people before turning his gun on himself during a shootout with police.

The shooting was the worst in Germany since the Erfurt school massacre in 2002 in which a former student killed 15 people before shooting himself.

The school in Winnenden already had a system in place for alerting others it was under attack. When Kretschmer entered the building and began firing, the school principal was able to warn teachers over the public address system with a pre-arranged code, saying "Frau Koma is coming" ("Koma" is the reverse spelling of "Amok," the German expression for a shooting spree).

In its 70-page report, the panel also recommended that classrooms be outfitted with equipment that would allow students and teachers to barricade themselves in emergency situations. Likewise, it said that some thought should be given to lifting a ban on mobile phones and pagers at many schools so that students and teachers could more quickly call for help in a crisis. 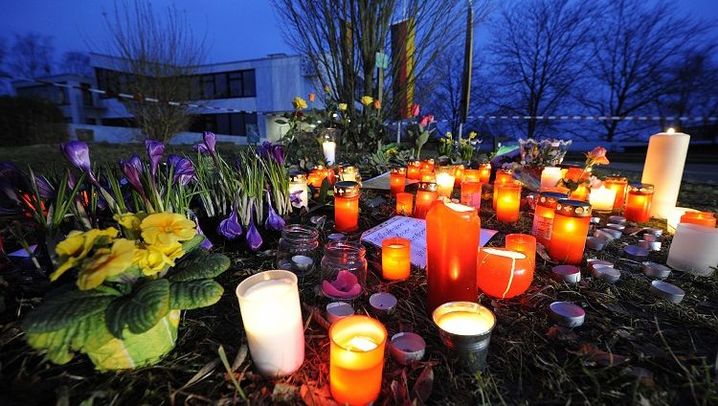 Moreover, the panel recommended that schools and law-enforcement authorities develop a way to better share information about "problem students" who could possibly commit violence. "Data privacy protections are currently too narrowly delineated and should be reconsidered," the report found.

Finally, the report attacked Germany's weapons ownership laws, saying that "the availability of dangerous weapons must be reduced."

In an interview with the German news agency DPA, Stuttgart District President Johannes Schmalzl praised the panel's recommendations and expressed his hope that they lead to concrete improvements in school safety. "In the end, it shouldn't just be about words on paper," Schmalzl said, adding that he hoped there could also be improvements in the way gun ownership is legislated and monitored in Germany.