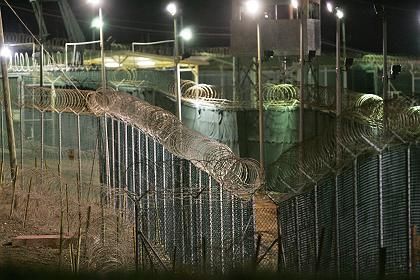 The case of one German-born man ending up in Guantánamo, that of Murat Kurnaz, spawned a lot of bad press for Germany's federal government. Now Berlin faces a similar case.

Saeed and Aleem N. got a head start on the morning of June 18. They took a taxi from the city center of populous Lahore, Pakistan to Allama Iqbal International Airport. The brothers hugged one more time at the check-in counter of Qatar Airways. Aleem's plane was scheduled to depart for Frankfurt, via Doha, at 7:35 a.m. Aleem, a 45-year-old Pakistani with a German passport, was to be picked up at the Frankfurt Airport by his wife Katja.

"Aleem had returned from Peshawar two days earlier," says his brother Saeed M. "He was carrying a bag containing 25 kilograms (55 pounds) of lapis lazuli." Aleem said the blue gemstones sell well in Germany, according to Saeed. As usual, the gemstone trader spoke little about what else he had been doing in the region near the Afghan border, a region Germany's foreign intelligence service, BND, calls "al-Qaida's staging area."

Of course, the father of four children missed his plane home this time. While still at the airport, he was arrested by Pakistan's intelligence service, the ISI. He has been incarcerated ever since and he is being interrogated by ISI agents.

Are Attacks Being Prepared in Germany?

The arrest of the devout Muslim, who is from Germersheim in the German state of Rhineland-Palatinate, is seen by the German government as the most recent proof that Islamists are preparing attacks in Germany. In June, for the first time since the Sept. 11, 2001 terrorist attacks, the German Chancellery (Angela Merkel's equivalent of the White House) even summoned the so-called Security Group, a government round that meets only in periods of crisis, and which was this time attended by the state secretaries of the Interior, Foreign and Defense Ministries.

The reason for the special meeting -- which was chaired by Thomas de Maiziere, Angela Merkel's chief of staff at the Chancellery, was a secret CIA analysis that presents a list of reasons why Germany is currently particularly at risk, in the United States government's opinion. Besides Germany's participation in NATO's Afghanistan mission, the reasons include the high number of German Islamists with contacts to Pakistan and the good opportunities for traveling to Western Europe that people returning from the Hindu Kush region enjoy. Before the week was over, August Hanning, a state secretary in the Interior Ministry, alerted the public too, by means of an unusually drastic appeal. "We're moving right into the spectrum of targets," he warned.

New details arriving from the crisis region itself, and which cast severe doubt on Aleem N.'s innocence, are at least as disconcerting as the warning from Washington. Another Islamist from Germany has provided the testimony. On Jan. 30, intelligence agents arrested Nihad C., a man born in Pforzheim in the German state of Baden-Württemberg who holds a Bosnian passport. During his detainment, the 29-year-old provided more than just a confession that he had been active in the region around Pakistan's border.

The Islamists Are Among Us

Nihad C. told his interrogators that he met an older German in a military training camp there, a man who was learning to use explosives. Nihad C.'s statements prompted the Pakistani intelligence service to order the arrest of Aleem N. 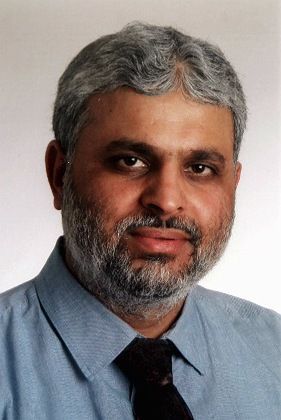 Whether the accusations are accurate or whether Aleem N. has merely become the victim of a misunderstanding remains unclear. Saeed N. has engaged a lawyer in Lahore and assumes that his brother is innocent: "We are all devout Muslims, but Aleem never spoke of terror or acts of revenge against the West."

In fact, however, Aleem did speak of such things in Germany. Thomas Fanghänel, the director of the Institute for Transuranium Elements near Karlsruhe says a commotion occured late in the summer of 2001 -- one provoked by Aleem N. at what was his workplace. On Sept. 14, 2001, three days after the terrorist attacks in the United States, N. allegedly uttered a sinister threat: "Such attacks will now occur everywhere, including in Germany." The statement was confirmed by other employees who had witnessed N. speaking these words and he was suspended from his job the same day. The police classified him as an "endangerer" and the Federal Prosecutor's Office began investigating whether N. was guilty of having formed a terrorist organization. But the investigation was dropped in September 2003, and Aleem N. was considered inconspicuous until his arrest.

Besides Aleem N. and Nihad C., two other men currently detained in Pakistani prisons are of particular interest to security authorities: the 29-year-old German Tolga D. and the stateless, Lebanese-born Hussain al-M. Both were arrested on June 10 at the border between Pakistan and Iran, with counterfeit IDs identifying them as Afghan refugees. Tolga D. was carrying several thousand dollars, the same amount in euros and a satellite phone. The Federal Office for the Protection of the Constitution, Germanys domestic intelligence agency, is familiar with both men and considers them to be Islamists. Investigators suspect they wanted to establish contact with the Islamic Jihad Union, a group with which al-M. is said to have been exchanging e-mails since 2004.

Tolda D. may return to Germany faster than he thought. Last week, the Pakistani government announced it would soon extradite him. As for Hussain al-M., President Pervez Musharraf's diplomats have signaled that the German government could choose whether it wants him or not.

The case of the stateless Lebanese man al-M., who holds a permanent residence permit in Neunkirchen, in Germany's Saarland region, is considered especially delicate in Berlin. Government officials still remember all too well another Pakistani detainee for whom Berlin took no responsibility -- that of German-born Turkish citizen Murat Kurnaz. Kurnaz ended up at Guantanamo.