There is a reason that Greeks and other citizens of struggling euro-zone countries are furious with Germany. Berlin, after all, has enthusiastically taken on the role of schoolmarm, and has not shied away from rapping knuckles when it believes that debt-ridden countries aren't doing enough to implement austerity programs.

Back home, however, Chancellor Angela Merkel's center-right government has shown quite a bit less fervor for frugality, particularly now that general elections in Germany are less than a year away. And this week, leaders from the three political parties represented in her coalition gathered in Berlin to resolve several points of ongoing conflict. The result? A potentially hefty bill for the taxpayers.

Merkel, Philipp Rösler, head of the junior coalition partner the Free Democratic Party (FDP), and Horst Seehofer, who leads the Christian Social Union (CSU), the Bavarian sister party to Merkel's conservative Christian Democrats (CDU), agreed to boost the pensions of those threatened by old-age poverty despite having paid into the pension system for four decades. The three leaders also agreed to press ahead with a controversial proposal to assist stay-at-home mothers to the tune of €100 per month. They also decided to strike a €10 quarterly co-pay for doctor visits and to stock up the transportation minister's budget by €750 million.

A lack of details, particularly regarding the pension plan, makes it difficult to determine just what the new plans will cost, but it will likely be in the billions. Still, Merkel's government on Sunday night also promised to present a structurally balanced budget as planned by 2014, meaning that Berlin intends to reduce new borrowing from the €13.1 billion now planned to just €6.8 billion. Exactly where the additional savings are to come from remains unclear. In order to fulfill the pledge, between €6 billion and €7 billion in planned expenditures must be scrapped.

'A Bit of Uncertainty'

German Finance Minister Wolfgang Schäuble, currently attending the G-20 summit in Mexico City, said it is not yet completely clear that the goal of a structurally balanced budget -- which assumes a constant economic output, thus factoring out variations in tax revenue due to unexpectedly weak (or strong) growth -- will be possible by 2014. "There is still a bit of uncertainty," Schäuble said.

Several of the issues decided by Merkel's coalition in the early morning hours of Monday morning had long been weighing on her coalition and furthering the already widespread impression in Germany that the chancellor and the finance minister, for all the respect they command, are surrounded by mediocrity. In particular, the premium for stay-at-home mothers has been blasted by politicians on the right and the left as state support for an antiquated view of family life. But it was pushed strongly by the CSU and Merkel ultimately had little choice but to accept it.

Cancelling the €10 patients had to pay each quarter for doctor visits is also controversial. It was originally introduced in 2004 as a way to shore up Germany's public health insurance system and to dissuade patients from making unnecessary visits to the doctor. But the pro-business FDP insisted that it be abolished.

Criticism from the opposition has been harsh on Monday and Tuesday. Carsten Schneider, a budgetary expert for the Social Democrats in parliament, told the German daily Süddeutsche Zeitung that "just as Mr. Schäuble is at the G-20 summit to lecture the world on budgetary frugality, his own coalition is pushing Germany's problems into the future." Other opposition leaders were equally uncomplimentary. And German health insurers issued a statement that eliminating the co-pay would result in their significant reserves "melting like snow in the sun."

"It's clear that even the coalition government doesn't truly believe in the power of its own agreements to reorganize its finances. Its goal to balance the budget in 2014, it stipulates, depends on 'stable economic and European circumstances.' In plain words: 'If things go bad, we'll just put it off. And as to what happens after 2014, we'll just see how the elections turn out.' More ambitious goals -- like a reduction in state subsidies -- the government doesn't even dare to touch."

"Merkel's coalition won the 2009 election on the strength of promises of broad reform. Within just a few weeks, it had reduced itself in the public eye to a small-minded government consumed by a debate about how much hotel breakfasts should be taxed. And that is largely how things have remained since. The large decisions made by this government -- relating to Europe, Greece and energy policy -- tend not to be connected in voters' minds with the coalition, but with Chancellor Merkel. Though many of Merkel's decisions have been abrupt, she is generally credited with patience, a broad view and, even when it comes to the quick about-face on nuclear energy, a certain amount of gravitas. When it comes to her coalition, though, people tend to think of bickering, blockades, mini-decisions and finger wrestling. The coalition summit on Sunday did nothing to change that."

"Chancellor Merkel's current coalition has amazingly good luck. It entered office just as the economy began to improve, tax revenues started to climb and payroll deductions began to sink. It was also as the euro crisis encouraged investors to flock to Germany, thus sinking interest rates almost to zero. No, luck is not this coalition's problem. But it will become one if the government continues to act as though it will simply continue and fails to prepare for more luckless times."

"But that is exactly the philosophy behind all of the decisions made by the coalition summit on Sunday night. They are not aimed at eliminating the federal budget deficit on the long term. Rather, they speak to a belief that the deficit will continue to fall by itself. At least until September 2013, when federal elections and Bavarian state elections are scheduled to take place."

"The attitude is contrary to responsible budgetary planning. Rather, it shows an adherence to the kind of short-sightedness that Berlin accuses other European countries of possessing. The German government should have learned at least one thing from Greece: Good luck comes to an end."

"The coalition government boasts the lowest unemployment figures in years, it is lowering contributions to social security funds, it is abolishing the quarterly co-pay for health insurance, it has money to build roads, it found a few extra billion to pay parents for at-home child care and it's aiming for a balanced budget in 2014. Despite all of this, the government still has to fight for re-election …"

"Granted, the unity of the media's rotten judgment of the government's deal is due only to the journalistic herd instinct and the reluctance to correct deeply-held stereotypes. What remains -- in light of the chancellor's high popularity -- is the clear rejection of this coalition by the voters, and the continuing refusal to connect the solid economic data and decent standard of living with the actions of this government."

"The current state of Germany's public coffers enabled the party and parliamentary leaders of the CDU, CSU and FDP to fulfil all of each other's wishes. Every partner was attended to, all their conditions met. At the same time it tastes of anti-democratic hostility when critics of the coalition's actions speak of 'horse-trading.' Politics -- indeed, the characteristic of our federal parliamentary system -- lives from compromise." 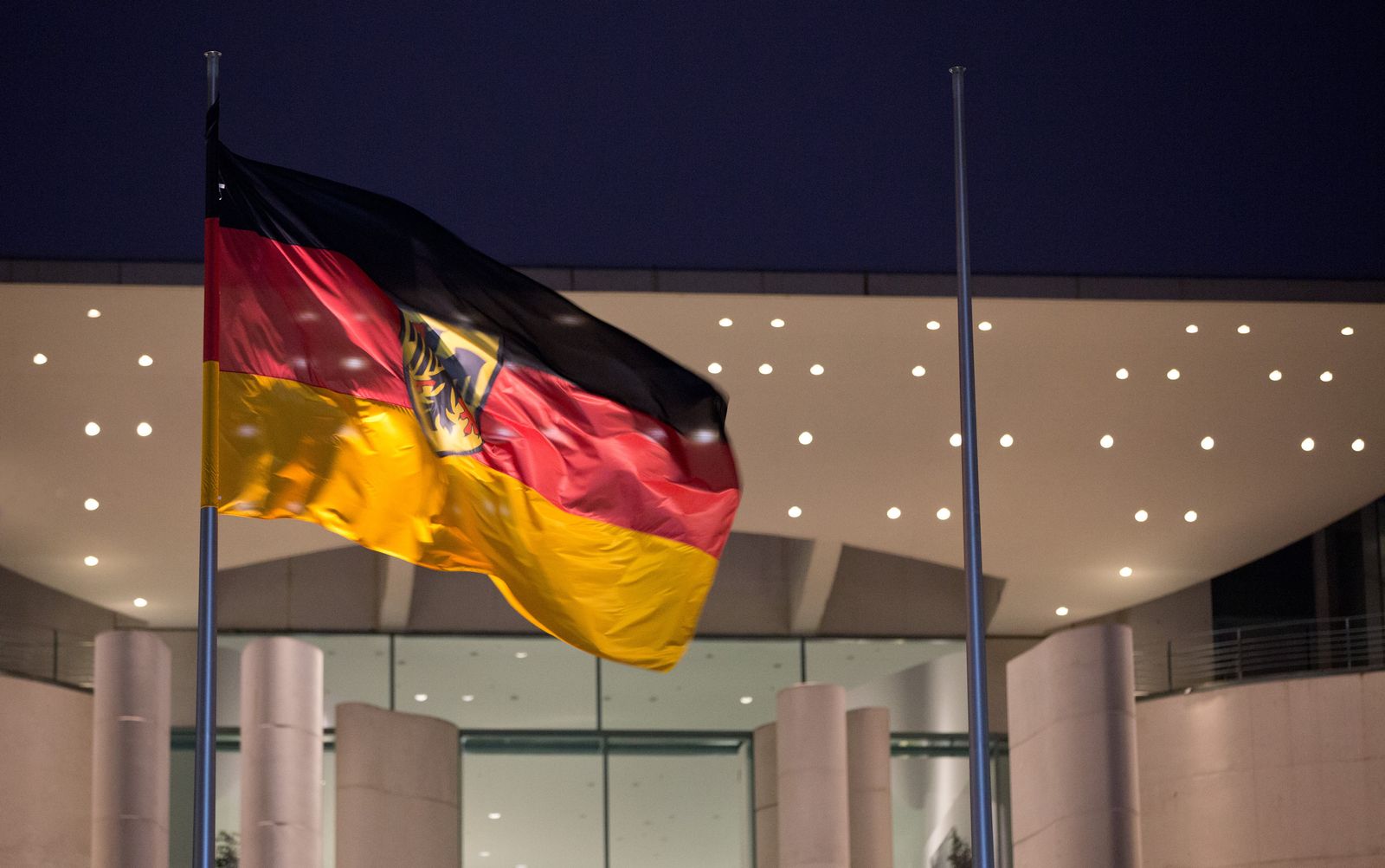 Merkel met with government leaders in Berlin on Sunday night.