Setting a date for the opening of Berlin's glitzy new international airport has been nothing less than an odyssey, with city officials announcing one delay after the next for a hub that was supposed to swing open its gates to international travelers in November 2011. On Tuesday, however, the mass-circulation Bild newspaper reported that after months of embarrassment, the city appears set to select a new date this week: Oct. 27, 2013 -- two years later than the original date.

Citing an unnamed city official, the paper wrote that the airport's supervisory board is expected to announce the new date this Friday. The airport would open the morning after the closure of the existing Tegel and Schönefeld airports.

However, the new opening date remains contingent on getting the approval the airport's highly complicated smoke extraction system by officials in the state of Brandenburg. The system is supposed to pump out toxic smoke in the event of a fire in order to protect passengers inside the terminal. Officials implemented the rules following a deadly fire at the Düsseldorf airport in 1996, which result in the deaths of 17 and caused hundreds of millions in damage.

Initially, the airport had been scheduled to open on Nov. 1, 2011, but it was then delayed to June 3, 2012. Only weeks before the planned opening, city officials pulled the plug.

The extended delays have created massive cost overruns and financial problems not only for the airport's operating company, but also for the airlines that plan to operate at the facility, including hard-hit Air Berlin. 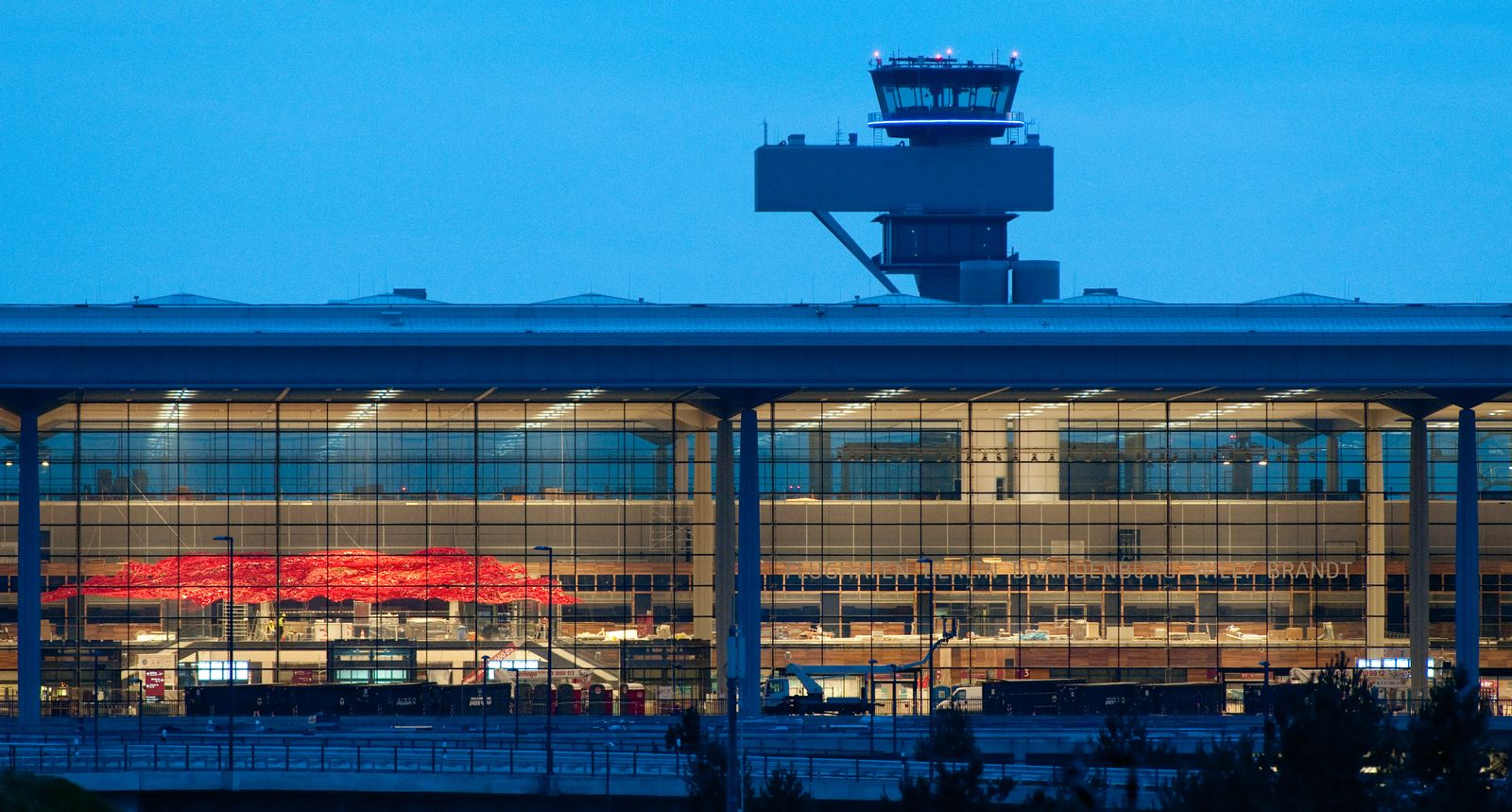 The lights are on, but there won't be any flights from Berlin Brandenburg International airport until at least October 2013.