For a mass murderer, Adolf Hitler had a downright fatherly relationship with his personal physician. "My dear doctor, I so look forward to seeing you in the morning!" the Nazi dictator told his doctor, Theodor Morell, whom he trusted implicitly. In fact, Hitler was convinced that Morell had saved his life on several occasions. "My dear doctor!" the despot said to Morell in November 1944, "if we both make it through the war in one piece, you will see how generously I'll reward you!" 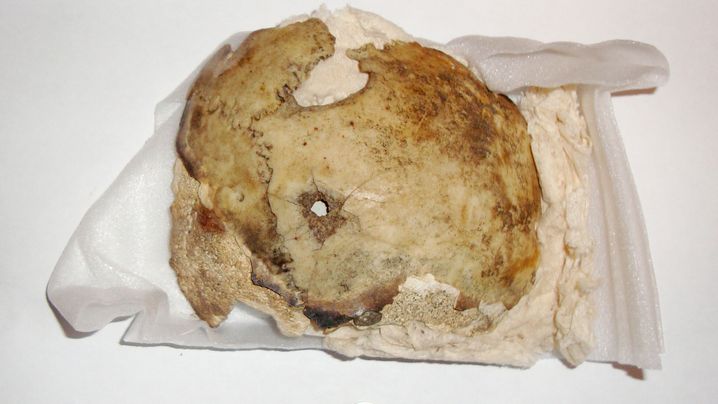 Traudl Junge, who was Hitler's private secretary during the war, later said that he was "utterly addicted to Morell." Ironically, however, the doctor didn't enjoy the best of reputations. When Eva Braun, Hitler's longtime companion, complained about Morell's poor bodily hygiene, Hitler stubbornly defended his personal physician, saying: "Morell isn't here to be smelled, but to keep me healthy."

But it was precisely Morell's ability to treat his patient that those in Hitler's inner circle questioned. For example, General Heinz Guderian called Morell a "fat, unappetizing quack," and Hermann Göring, the morphine-addicted commander of the Luftwaffe, disparagingly referred to Morell as the "Reich syringe master." Likewise, there were persistent rumors that the doctor had made Hitler dependent on certain medications and illicit drugs.

Even after the war, hardly any aspect of Hitler's private life fueled as much speculation as his physical ailments. Generations of historians, psychologists, psychiatrists and amateur sleuths have sought to uncover Hitler's real and imagined illnesses. To them, it seemed only logical that the irrational raging of a man who ordered millions of Jews, Roma and myriad others to be murdered was the outgrowth of a sick mind. Of course, the theory went, Hitler must have been somehow traumatized, a drug addict or even mentally ill!

Many facile theories were proposed soon after the war. Hitler was alternatively said to be either gay or schizophrenic. Some thought he had suffered for decades from the consequences of a hypnosis treatment gone wrong. His penis was said to be as stunted as his self-esteem, and the Führer allegedly had only one testicle and had contracted syphilis. There were claims that he was constantly high on illicit drugs and popped pills with abandon. Does this mean we're supposed to understand Hitler as the addict par excellence of the Third Reich -- and his personal physician as his main dealer?

Such attempts to explain Hitler's behavior are dangerous, of course. Should he be found to have had an unsound mind, wouldn't it mean that he could be held only partially responsible for the millions of deaths he ordered? Holocaust denier David Irving, for example, claims that medical mistakes induced Hitler into "euphoric trances," thereby suggesting that the dictator was more or less unaware of his actions.

On the other hand, serious academics have asked valid questions about Hitler's health and, indeed, part of the mystery lies in the paucity of significant source material available. After the war, Hitler's medical files disappeared, and the only evidence left were notes taken by his personal physician and eyewitness accounts.

Now, however, in their new book "War Hitler Krank?" ("Was Hitler Ill?"), historian Henrik Eberle and Hans-Joachim Neumann, a professor emeritus of medicine at Berlin's Charité University Hospital, have combined the use of documentary material with modern medical analysis to separate myth from verifiable facts. The book purports to offer nothing short of "conclusive findings" on Hitler's state of health. It also reveals quite a few ghastly details about the dictator. For example, it posits that Hitler may have had tooth fillings made of dental gold taken from Jewish concentration camp victims: His dentist had more than 50 kilograms (110 pounds) of the material in his possession.

The two authors meticulously list all 82 medications that historical documents say Hitler took during the course of his rule. The list shows that Morell was more than willing to cater to his patient's every desire. For example, he routinely administered a solution of dextrose and vitamins to help Hitler combat fatigue. Because Hitler was skeptical of pills and capsules, the solution was injected intravenously or intramuscularly.

In 1944, Morell began giving him injections of the testosterone, particularly when Eva Braun was around. They also posit that, before his rendezvous with Braun, Hitler occasionally had Morell inject an extract derived from the seminal vesicles and prostate glands of young bulls into his bloodstream.

Morell's notes also reveal that the man who considered himself to be the greatest military leader of all time suffered from several everyday fears and ailments. He was terrified of getting cancer. After having literally shouted his way into power, he was constantly hoarse and had polyps removed from his vocal chords twice. He had high blood pressure and chronic gastrointestinal cramps, and he was also relatively squeamish. When he caught a cold once from his personal barber, Hitler raged: "The man has had the sniffles for five days, and he doesn't even tell me!"

Hitler's digestion problems even prompted him to become a vegetarian: Contrary to what the Nazi propaganda machine would have one believe, it wasn't because Germany's dictator was an animal lover. Likewise, he took such massive amounts of a drug to combat flatulence that some of his other physicians even speculated that he was being poisoned. The drug contained small amounts of the nerve agent strychnine, which had long been used as a rat poison.

Moreover, when Hitler exhibited symptoms of jaundice in the fall of 1944, a heated debate erupted among his physicians, fueled, no doubt, by a desire to curry favor. Some even accused their colleague Morell of having poisoned Hitler. But the dictator stood by his personal physician, dismissing Morell's detractors as "fools" and even having two of them transferred elsewhere.

Was Hitler an Addict?

Today, almost six and a half decades after Hitler's death, Eberle and Neumann have attempted to solve the mystery of whether Morell's treatment of Hitler was, in fact, improper. By analyzing the composition and dosage of the drug Morell administered to Hitler, they've ruled out the possibility of poisoning. They conclude that Morell was probably correct in diagnosing Hitler's hepatitis as having been triggered by blockage around his gall bladder.

Such findings might indicate that Morell was actually a competent physician rather than the "quack" or "Rasputin" he has been accused of being. However, this conclusion seems to be contradicted by the fact that Morell hardly dared to deny Hitler any of his wishes and supplied him with large numbers of pills, including the stimulant Pervitin. Such behavior triggered accusations that Morell got Hitler hooked on drugs -- not implausible given the fact that several members of the Nazi elite were also drug addicts. Likewise, German soldiers fighting on the front consumed large quantities of Pervitin, and the drug was even added to chocolates. Nowadays, the substance is an ingredient in the popular drug crystal meth, which is also known by the telltale nickname "Hitler speed."

Still, Morell's notes only contain a single reference to his having administered Pervitin to Hitler. Some would like to believe that the complicated abbreviations in Morell's notes or his descriptions of other, harmless concoctions are merely covers for a medication containing the addictive drug. But Eberle and Neumann are highly skeptical: "There is no indication that Hitler was only able to conduct his daily briefings because he was taking Pervitin." They also note that there is little evidence that Hitler had a cocaine habit, as some have suspected.

Bitten by a Goat?

Eberle and Neumann also attempt to debunk other myths by pointing out just how thin and contradictory the source material is and raising questions based on medical analysis. One story, for example, speculates that Hitler's fits of rage and megalomania were merely the result of an untreated case of meningitis. Likewise, Eberle and Neumann were unable to find any evidence that Hitler was missing a testicle or that his penis was deformed after allegedly being bitten by a goat in his younger days.

They also dismiss as "absurd" the theory of historian Bernhard Horstmann, who posits that Hitler's personality was drastically altered in 1918 during a session of hypnosis therapy because the therapist failed to wake him up from a trance. As a lance corporal in World War I, Hitler was temporarily blinded after a mustard-gas attack. He went on to receive hypnosis therapy in a military hospital in the northeastern German town of Pasewalk.

Conspiracy theorists reading Eberle and Neumann's book will likely be disappointed by the authors' findings about Hitler's supposed illnesses. In the end, they conclude that Hitler had Parkinson's disease and that his declining health was obvious in the final months leading up to his suicide in April 1945. Nevertheless, they write, "at no time did Hitler suffer from pathological delusions." In fact, they conclude that the despot was always aware of his actions: "He was fully responsible."

Regardless of their findings, Hitler's decisions did remain impulsive, inexplicable and contemptuous of human life to the very end. Eventually, even Hitler's "dear Doctor" Morell must have realized this. Even after Germany's defenses had fallen apart on all fronts and the war was already lost, Hitler's personal physician stoically attended to his patient's blood pressure, stomach cramps and digestive problems in Hitler's bunker in Berlin. Ultimately, Hitler thanked Morell in his own way. On April 21, 1945, he dismissed his loyal physician from the bunker and sent him on his way with a strange piece of advice: He told Morell to return to his practice on Kurfürstendamm.

Meanwhile, just outside his bunker, the last remnants of Germany's military were battling the Red Army as it fought its way into central Berlin, the capital of the Third Reich.