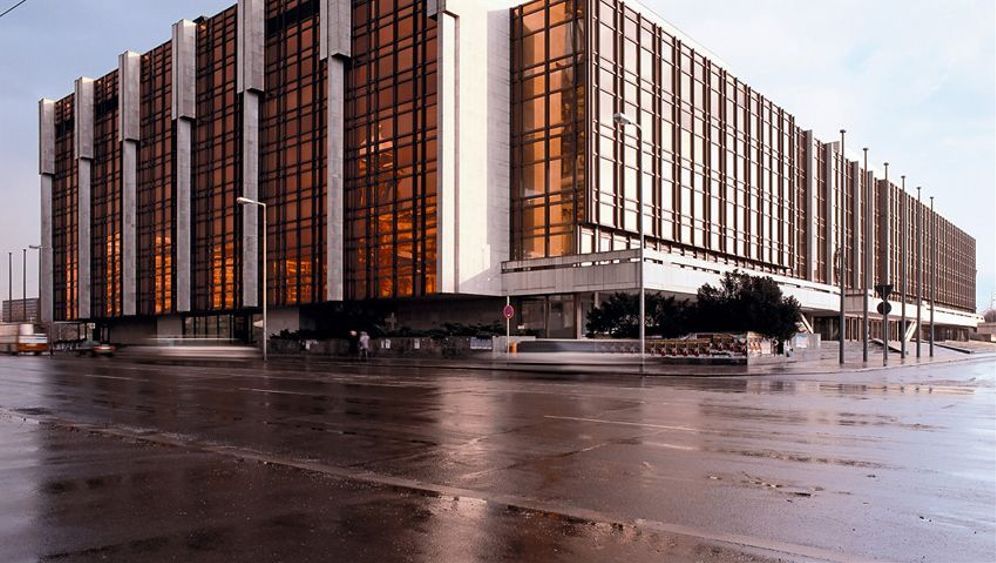 Photo Gallery: The Twilight of the Palace

Born in West Germany, with a grandmother in West Berlin, Thorsten Klapsch found himself in East Berlin often enough, and he knew about the Palast der Republik (Palace of the Republic). The box-like modernist structure with its mirrored orange windows was located in the heart of East Berlin. It housed a congress hall for the socialist republic, where the East German government gave a superficial voice to its people. The building also contained restaurants, bowling alleys and discotheques. SPIEGEL magazine once labelled it "East Germany's largest corner bar."

But Klapsch never went inside. He says the giant state emblem on the front -- a wreath with a hammer and sickle -- scared him off. It wasn't until January 1993, more than three years since the fall of the Berlin Wall, that he felt curious enough to explore the building's halls. By then Klapsch was a young photographer, and he paid Berlin officials 40.26 deutschmarks (€20.58) an hour for the privilege of photographing the still-furnished, recently-mothballed relic.

The Palast had been closed for fear of asbestos contamination. But the canteen, the bowling alley, the Cold War furniture and the ancient computers were all still in place. "The building was completely sealed," said Klapsch, "so an utter stillness lay over everything. It was a strange feeling."

Shortly after these sessions, Berlin officials pulled out the first pieces of furniture. Klapsch became the last photographer to record the building in its original state. His photos, which were published this month in a book called "Palast der Republik," seem rich with historical interest.

Berlin condemned the Palast in 2002 with the idea of clearing space to rebuild the old Hohenzollern palace, the Stadtschloss (City Palace). The Baroque palace had been a landmark of old Berlin before Allied bombs damaged it in World War II. For the communists of East Germany, it was a reminder of Prussian aristocracy and privilege. Its ruins were demolished in 1950, and the Palast der Republik, which opened in 1976, was built on the site in a deliberate political gesture.

By 2005, though, the Palast der Republik was an empty concrete hulk which Berlin's creative types used for art exhibitions, concerts and plays. By 2009 the entire structure had been demolished, despite protests by people who wanted to keep the old Palast. It has now been replaced by an expansive lawn, which is seen as a temporary solution for the site.

The plans to rebuild the Stadtschloss -- or rather, its facade -- as part of a project called the Humboldt Forum have, however, stalled for lack of financing. In June, the German government decided to postpone construction of the Stadtschloss until the next legislative period, which begins in 2014, as part of austerity measures. Observers speculate that the project may now never be built, especially if a new government takes power after the 2013 national elections.

Klapsch deliberately delayed publishing his photographs of the Palast until the demolition had been completed. Given the acrimonious debate about the building's fate, he didn't want it to be seen as a "political gesture," he says. He takes solace in the fact that the steel from the Palast was recycled and used in the Burj Khalifa, the world's tallest building in Dubai, as well as in engines for Volkswagen cars.

"From the the house of the people to the 'people's car' -- I guess that's just the passage of time," he says.

"Palast der Republik" by Thorsten Klapsch has been published by Edition Panorama.

20 Bilder Photo Gallery: The Twilight of the Palace