German industrial mogul Adolf Merckle, 74, committed suicide on Monday after his group of companies got into trouble as a result of the financial crisis, his family said on Tuesday.

Merckle was run over by a train near his home in southern Germany, close to the city of Ulm, police said. 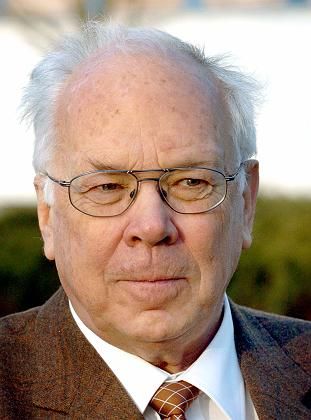 He left his family a farewell letter in which he apologized for his suicide but gave no reason for it, according to information obtained by SPIEGEL ONLINE.

Merckle's companies -- including pharmaceutical company Ratiopharm and cement maker HeidelbergCement -- had got into financial difficulty as a result of the financial crisis and heavy losses suffered by Merckle in speculative deals in shares of carmaker Volkswagen. He had been in talks with creditor banks about obtaining a €400 million bridging loan.

He leaves behind his wife Ruth, three sons and a daughter. The family confirmed the suicide in a statement, saying: "The economic emergency of his companies caused by the financial crisis combined with the uncertainty of recent weeks and the powerlessness to act broke the passionate financial entrepreneur and he ended his life."

Merckle was found lying on the track at 7.30 p.m. by a railway employee just 300 meters from the entrepreneur's villa in Blaubeuren. The police said they were not treating the death as suspicious and believe he lay down on the tracks. The body couldn't be identified immediately. Further checks established his identity.

Shortly before the death was made public a company spokeswoman had said Merckle was close to receiving the bridging loan from creditor banks. But sources close to the creditors said the group's medium-term financing requirements were significantly greater than the €400 million loan being discussed.

The share price of HeidelbergCement fell by as much as 12 percent on Tuesday following the news of his death. "Some investors are afraid there's no one left to continue negotiations on behalf of the company in this sensistive situation," one share dealer said.