Mudslinging in German election campaigns, the occasional zinger notwithstanding, tends not to be quite as pronounced as it is across the Atlantic in the United States. Lately, though, Chancellor Angela Merkel's conservatives are doing all they can to pull the opposition Social Democrats into the swamp of intrigue surrounding allegations that German intelligence cooperated closely with the NSA on its vast Internet surveillance activities.

On Wednesday, government spokesman Georg Streiter noted that indications currently point to German intelligence having provided much of the metadata from Germany collected by the National Security Agency. He said that German officials now believe that the NSA itself has not engaged in massive digital surveillance in the country, hinting that the Bundesnachrichtendienst (BND), Germany's foreign intelligence service, provided the data to the US as part of the agencies' trans-Atlantic cooperation.

Streiter then noted that cooperation between the two agencies began under the aegis of Frank-Walter Steinmeier, the Social Democrat who was chief of staff under Chancellor Gerhard Schröder at the time of the Sept. 11, 2001 terrorist attacks in the United States. The SPD headed up a coalition government with the Greens at the time. As the Chancellery's chief of staff, Steinmeier was also the goverment's official intelligence coordinator.

The implication was clear. Even as the opposition has been decrying Merkel's government for not coming clean about its role in NSA surveillance, Streiter hinted, the SPD's hands aren't clean either.

The reaction from Steinmeier, who is currently SPD floor leader in German parliament, came quickly. "It is despicable how the government is trying to duck its responsibility by invoking Sept. 11, 2001," he said on Wednesday. "The cooperation that was necessary to clear up a horrific crime has nothing to do with the complete and comprehensive surveillance of the data of our citizenry."

Others in the SPD also reacted, with the party saying in a statement it was a "clear attempt" at distracting attention from the Merkel government's own role in data collection.

It wasn't the first time that the SPD had been fingered for its potential role in the data scandal triggered by whistleblower Edward Snowden. The center-left party led the German government until 2005 and was Merkel's junior coalition partner from 2005 until 2009. The vast Internet surveillance documented in Snowden's trove of data -- as well as the cooperation between German intelligence and the NSA -- began prior to the SPD being voted out of office in the last election.

Documents reported on by SPIEGEL on Monday go even further toward documenting the intimate nature of that cooperation. The documents show that much of the approximately 500 million pieces of metadata collected in Germany by the NSA each month comes from facilities with the code names of "US-987LA" and "US-987LB." The BND believes that the first one stands for a former NSA facility in Bad Aibling, which the German foreign intelligence agency now runs.

The SPD has tried to turn the NSA surveillance scandal into a campaign issue, hoping to profit from widespread anger among Germans over the infringement of their digital freedoms. But as Streiter's comments on Wednesday indicate, the center-left SPD and Greens will have difficulties profiting from that anger. And on Thursday, the conservatives again went on the attack. CDU parliamentarian Michael Grosse-Brömer accused the SPD of deliberately trying to mislead the electorate by "acting as they know nothing about an issue that they themselves were responsible for creating in the first place." Senior CDU official Hermann Gröhe said the party's stance on the issue was "pure hypocrisy."

Others got into the act on Thursday as well. Philipp Rösler, head of Merkel's junior coalition partners, the Free Democrats (FDP), told the daily Schwäbische Zeitung that SPD has been "exposed as being untrustworthy."

Even the far-left Left Party piled on the SPD on Thursday, with party head Katja Kipping calling Steinmeier "the biggest hypocrite in the whole spy affair." In an interview with the daily Mitteldeutsche Zeitung, she said: "While (SPD chancellor candidate Peer) Steinbrück plays the lead role in the daily staging of indignation theater, it is slowly becoming clear that the SPD-Green government opened all the doors to allow the NSA access to German data."

The issue promises to remain in the spotlight until the general election on Sept. 22. After all, aside from the recent, half-hearted battle over meat consumption, there has been precious little campaign mud to sling this summer. 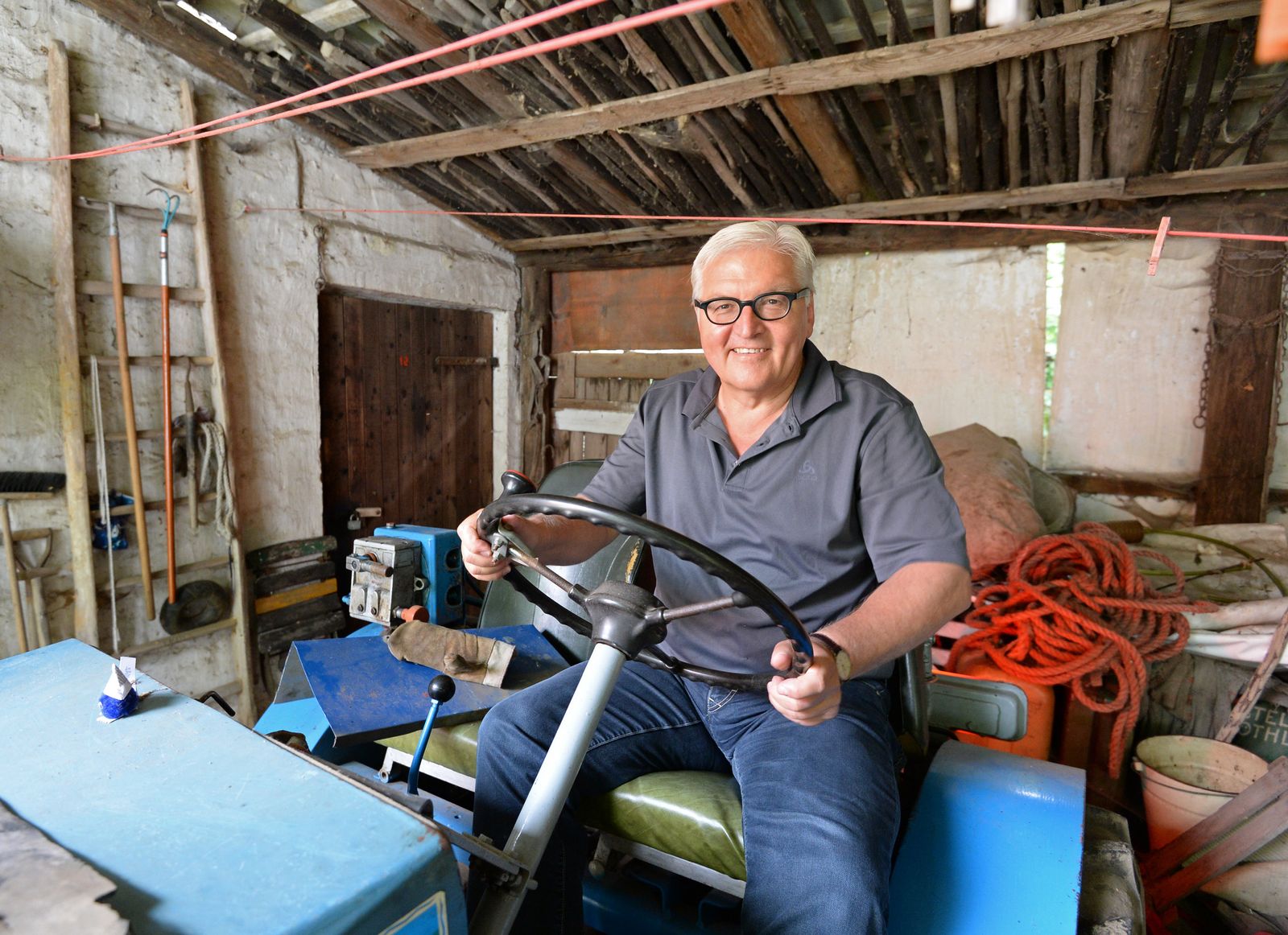 Frank-Walter Steinmeier has been attacked by the CDU in the NSA affair.