A "potentially seismic shift" wrote the New York Times . A "new chapter in U.S.-European relations," proclaimed the Washington Post. German Chancellor Angela Merkel's comments made in a beer tent in Munich on Sunday have made headlines around the world. It was the kind of appearance the likes of which she will make hundreds of times ahead of Sept. 24 parliamentary elections in Germany. But in this speech, she clearly distanced herself from U.S. President Donald Trump. And she urged Europe to prepare for a future in which it has to be much more self-reliant.

"The times in which we could completely rely on others are over to a certain extent. That is what I experienced in the last few days," Merkel said. "That is why I can only say: We Europeans must really take our fate into our own hands."

Merkel's comments were unusual on several levels. It's not just what she had to say that was interesting, but also why and when: at a folk festival following a series of summits during which she spent extensive amounts of time with Trump. The chancellor made direct reference to her strenuous week, during which the U.S. president managed to alienate his partners on several occasions.

Despite the directness of Merkel's Sunday speech, however, there are several open questions that need to be answered:

1. Why did her comments cause such a stir around the world?

On the eve of Trump's trip to Saudi Arabia, Israel and Europe, heads of state and government around the world were eager to put on a veneer of harmony. That effort, though, is over -- and Merkel is one significant reason why. Since Trump's victory last November, many see the German chancellor as the leader of the free world and her appearance on Sunday was a sharp break with the careful Trump-related rhetoric she had thus far employed. To be sure, she reminded him in her congratulatory message after he won the election of the values that form the basis for the trans-Atlantic relationship, but she had nevertheless consistently sought to emphasize commonalities rather than divisions. Merkel's comments on Sunday are a turning point because she cast doubt on past convictions -- and provided a clear indication that she is losing hope that she can ever work constructively together with Trump. Or -- a slightly different interpretation -- she is now willing to express those doubts that have been building for some time. Either way, she did so in a manner which was, for her, unusually blunt.

2. Why did Merkel choose the words she chose?

Trump's credo is "America First." For Merkel, that consequentially means that Europe must take on a greater role. Trump's policies make it necessary to redefine European interests: That is something of which both Merkel and Foreign Minister Sigmar Gabriel, a senior member of the Social Democrats (SPD), are convinced. Much of the discussion has recently centered around increasing Germany's defense spending, which is a highly controversial issue in the country. Trump may have watered down his criticism of NATO in a recent tweet, but he is still demanding that most European countries spend more on defense. One outcome of the NATO summit last week is that all alliance member states are to demonstrate annually how much progress they have made toward the NATO goal of spending 2 percent of gross domestic product on defense. Thus far, only the U.S. and a couple of European countries meet this target, while Germany lags behind at 1.2 percent.

As such, Merkel's comments aren't just reflective of the state of the trans-Atlantic relationship. They are also an appeal to the Germans, and to Europeans more broadly, to shoulder more responsibility - and to confront even such emotionally charged proposals as the establishment of joint European defense and security policy.

3. To what degree were Merkel's comments part of the German campaign?

Merkel's appearance was the clearest indication yet that foreign policy and the future of the European Union will be vital issues in the campaign. The SPD had been hoping that it could score points against Merkel on the basis of her erstwhile even-handed approach to Trump. But now, Merkel has positioned herself more clearly than ever before as Europe's defender in the face of the Trump challenge -- a role that her SPD challenger Martin Schulz had been hoping to play. The SPD can do little more than agree with the chancellor. On Monday, Schulz tweeted "the best response to Donald Trump is a strong Europe" -- which is essentially exactly what Merkel said.

4. What are the consequences of Merkel's comments?

While there are no immediate consequences, the chancellor will have to substantiate her comments in the coming days and weeks. Otherwise, the SPD and other parties will be able accuse her of empty politicking. Already, though, Merkel has sharpened her focus on France, saying that she and President Emmanuel Macron have agreed on a "new push" in Franco-German cooperation and that the two countries intend to present a "roadmap" for desired reforms. Foreign Minster Gabriel, for his part, has presented a more concrete plan. In addition to strengthening the eurozone, it sketches out possible joint German-French investments, a joint defense fund and more intense cooperation on foreign policy.

Efforts at strengthening Europe, in other words, are on the way -- and Merkel's comments are an expression of that. They have also triggered a debate that Germans have historically found to be extremely uncomfortable: How much should Germany and Europe spend on their own defense? And how large should Germany's role be in that defense. They are questions that promise to be a significant ones in the years to come. 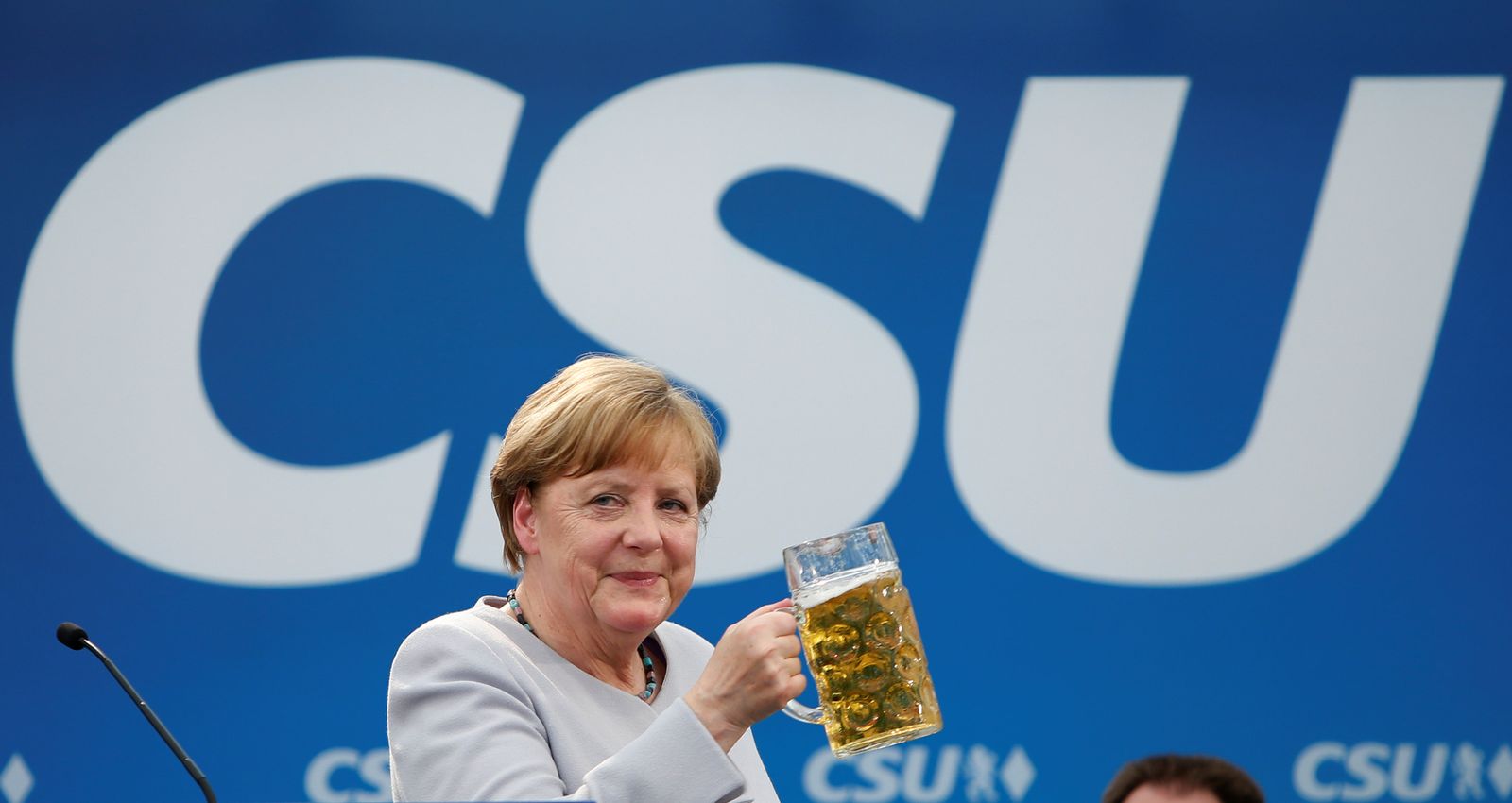