The chances that Chancellor Angela Merkel might lose yet another cabinet member to plagiarism accusations appear to be rising. Education Minister Annette Schavan, whose Ph.D. dissertation has long been a favored target of plagiarism-hunting web activists, now faces much more consequential allegations.

SPIEGEL has obtained a new report written by a senior official at the university where Schavan obtained her doctorate. The report is the product of months of research into the minister's dissertation to determine if in fact she bent or broke the rules of academia. And its verdict is damning: "Not only because of a pattern recurring throughout the work, but also because of specific features found in a significant plurality of sections (in the work), it can be stated that there was a clear intention to deceive," the report reads.

In other words, Annette Schavan, a close confidant of Merkel and a well-respected member of her government, could be in trouble. And it wouldn't be the first time the chancellor lost a minister to plagiarism accusations. In March of 2011, Defense Minister Karl-Theodor von Guttenberg was forced to step down after it became clear that he had copied large sections of his dissertation.

Schavan's transgressions, by all accounts, aren't nearly as severe as those committed by Guttenberg. Whereas the defense minister copied outright huge sections covering almost half of his 475 page dissertation -- intentionally plagiarizing, as his university later determined -- Schavan appears to have at least made an attempt at slightly changing the verbiage she borrowed.

Still, the report, written by University of Düsseldorf Professor Stefan Rohrbacher, determines that Schavan often took extensive analysis from secondary sources to make it seem as though she had read the primary sources mentioned in her text. A significant number of passages, Rohrbacher writes, "show the characteristics of a plagiaristic approach."

Schavan, for her part, had long remained silent about the accusations facing her. She has consistently cited the ongoing analysis of her dissertation being undertaken by the university and has declined to comment on alleged examples of plagiarism in her dissertation posted online by anonymous web activists.

On Monday, however, she broke her silence. "It is rather striking that a confidential report written by a university professor is given to the press before the person concerned even knows of its existence," Schavan told the southern German daily Südwest Presse. "I completely reject the charges."

Merkel threw her support behind the embattled minister on Monday. The chancellor's spokesman Steffen Seibert said that Schavan is an "excellent and successful" cabinet minister who has "done a lot for education and research." He said that "the chancellor has complete faith in her."

It is unclear exactly what effect the new report might have on Schavan's career. First, the university committee which commissioned the report must evaluate its findings. A separate committee will then invite Schavan to a hearing before deciding on whether to rescind her Ph.D.

Were the university to find that Schavan was indeed guilty of plagiarism, it seems almost certain that Merkel would lose another cabinet member. As education minister, German universities fall within her portfolio and even if her case is not as cut-and-dried as was Guttenberg's, her credibility would be heavily damaged.

Schavan and Guttenberg are only the most prominent of several German politicians to have been targeted by web activists searching for evidence of plagiarism. A portal established in early 2011 to allow several researchers to share their findings has already resulted in multiple politicians and professionals having their Ph.D. degrees rescinded.

The web portal, however, elected not to post their findings on Schavan's dissertation because they could not agree as to whether the shortcomings they found constituted plagiarism or not. One of those web activists, however, split off and formed his own website, where he recently posted the case against Schavan.

In previous cases, Schavan proved to be one of the most outspoken critics of those caught plagiarizing. When Guttenberg was forced to step down last March, she called his transgression "shameful" and said "intellectual theft is not a small thing. The protection of intellectual property is a higher good." 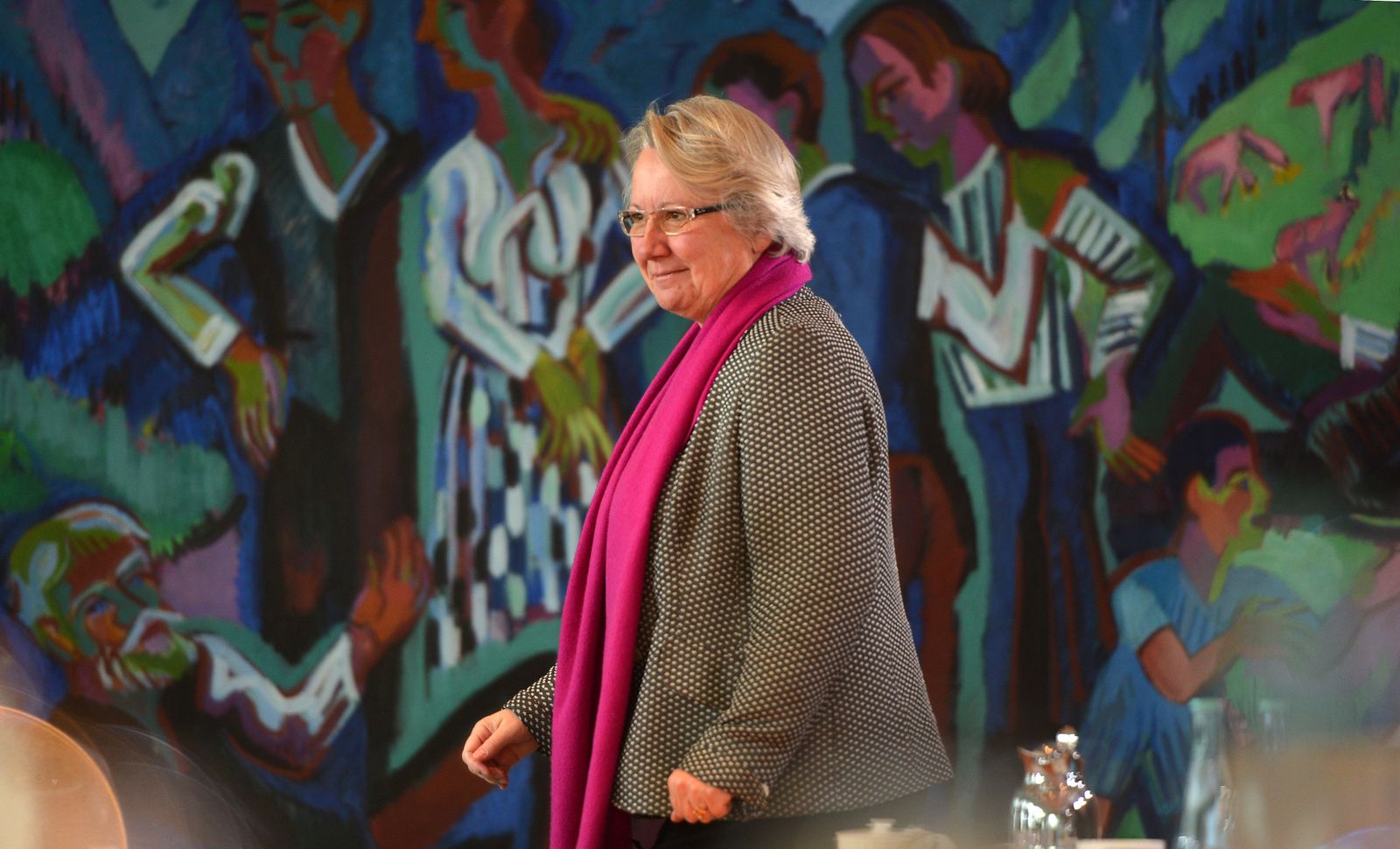 Education Minister Annette Schavan has been accused of plagiarism.