Just when the scandal surrounding the Merkel administration's bungled purchase of a multi-million euro surveillance drone was beginning to fade, the Internet activist Pirate Party has managed to draw attention to it once again.

A Christian Democrat (CDU) campaign event taking place on Sunday in the eastern city of Dresden was interrupted when a miniature drone started circling above the audience. Chancellor Angela Merkel and Defense Minister Thomas de Maizière, who were on the stage alongside several other CDU politicians, looked on with amusement as the 40-centimeter (16-inch) aircraft came crashing down at their feet.

Soon after the event, the Pirate Party released a statement confirming it was responsible for the stunt. "The goal of the effort was to make Chancellor Merkel and Defense Minister de Maizière realize what it's like to be subjected to drone observation," said Markus Barenhoff, deputy head of the party.

The unnamed 23-year-old Pirate Party member who was operating the drone from a nearby hide-out was quickly located by the police and briefly taken into custody for disturbing the event. "The deployment of the drone served the purpose of capturing Chancellor Merkel and the other CDU politicians on camera," he said upon release.

The aircraft was being operated by remote control from a nearby hideout.

De Maizière came under fire earlier this year amid reports that his Defense Ministry had tried to cover up a scandal over the bungled purchase of a multi-million euro surveillance drone. The aircraft proved uncertifiable for use in European air space. Among other deficiencies, the drone, known as the Euro Hawk, was found not to have a proper collision-avoidance system.

The Defense Minister is considered one of Merkel's closest allies and has been tipped as one of her possible successors.

"Though the crash landing wasn't part of the plan, we did achieve what we wanted," Pirate Party deputy head Markus Barenhoff told SPIEGEL ONLINE. "The intention was two-fold: firstly, to draw attention to the government surveillance scandal, and secondly to put de Maizière's Euro Hawk failings back on the agenda."

The party was also likely hoping that the drone might manage to help its current abysmal poll numbers take flight. Support for the pirates is hovering around 3 percent.

Whether it will be enough to win over more voters to the party remains to be seen. But it did inject a bit of lightness into an afternoon on the stump. "This kind of event is supposed to be fun, after all," concluded Stanislaw Tillich, the Christian Democrat governor of Saxony who hosted the rally. 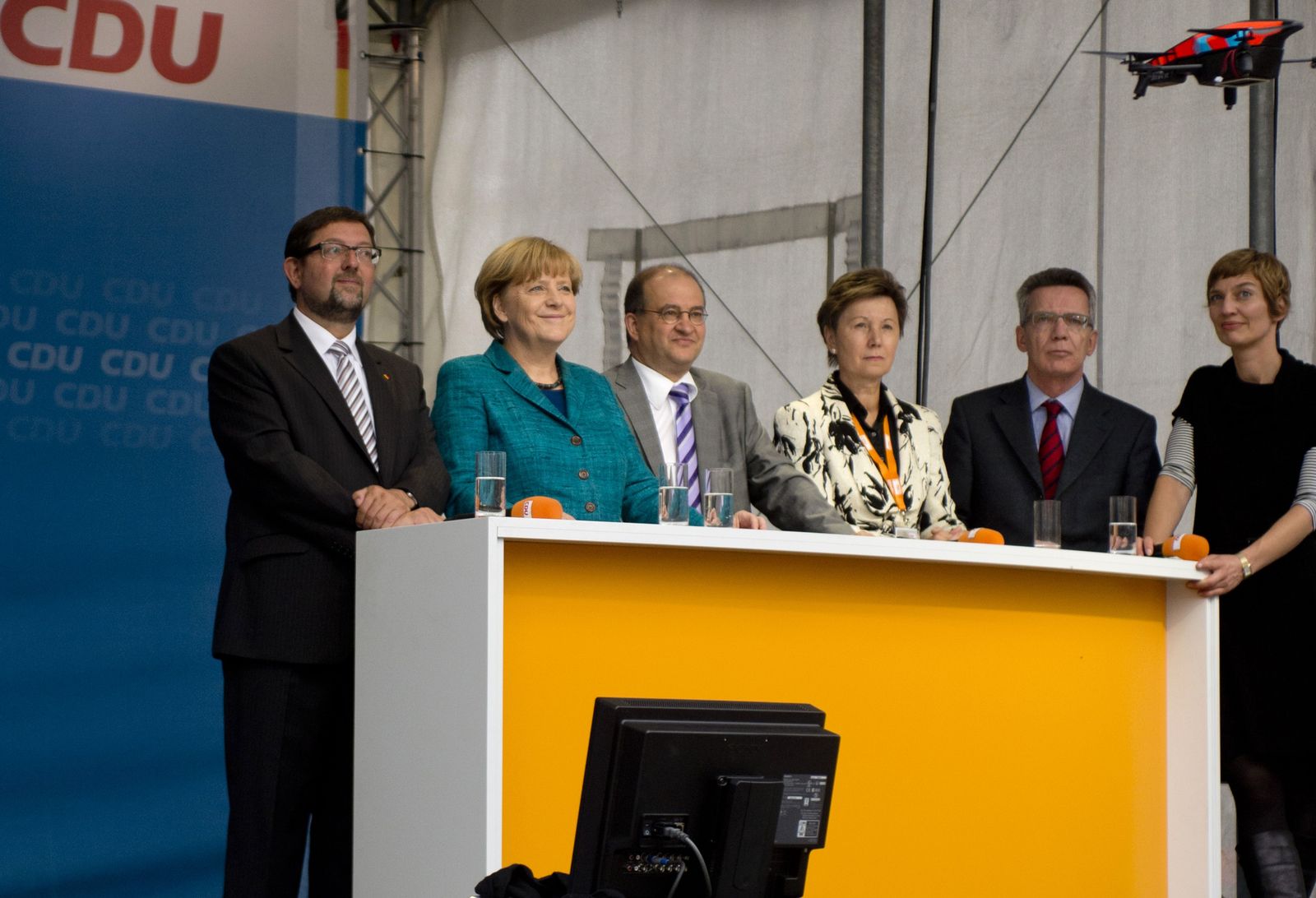 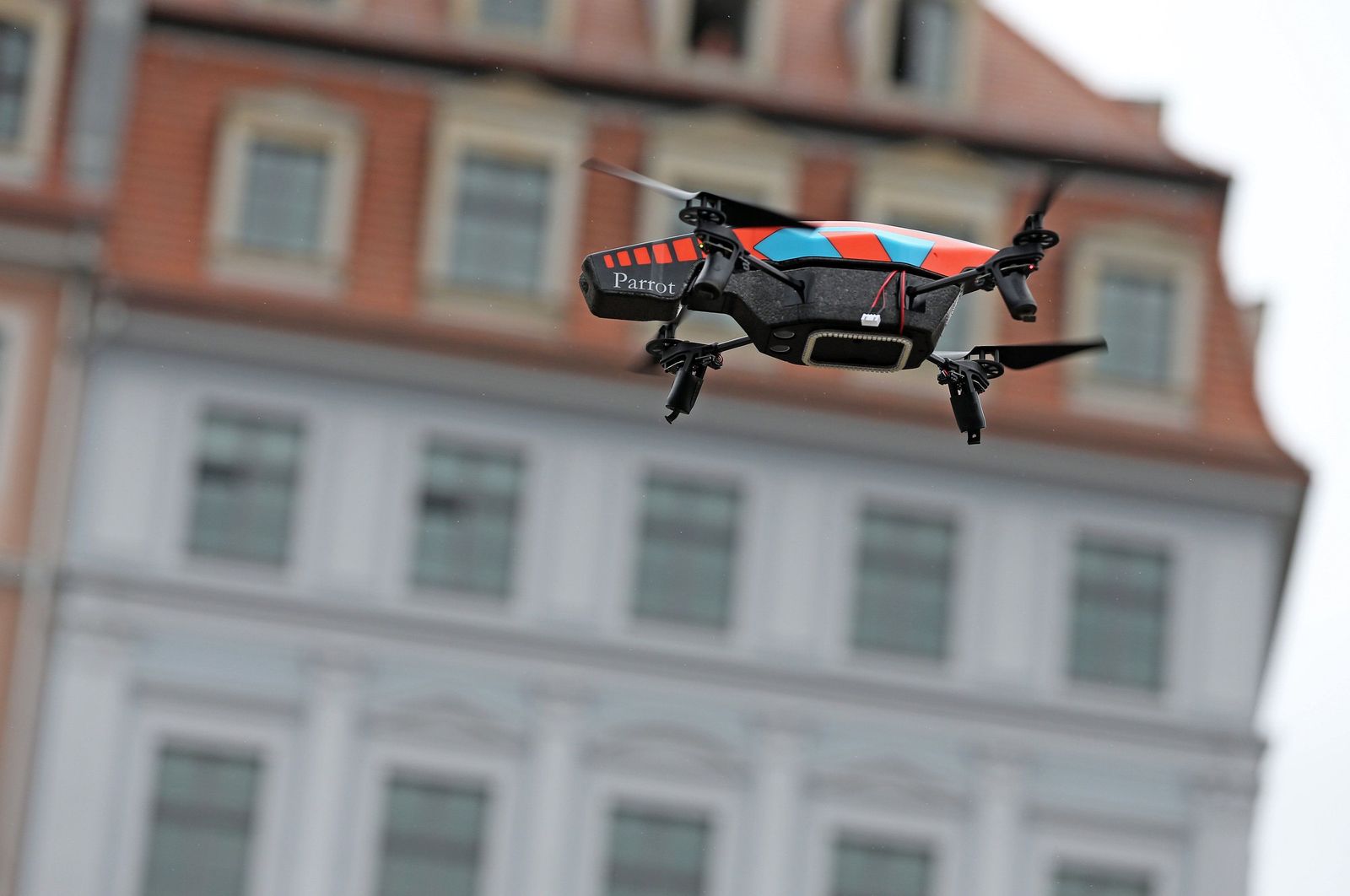 The aircraft was being operated by remote control from a nearby hideout.