When German Chancellery Chief of Staff Ronald Pofalla sat before a parliamentary committee on Monday, his prepared text was almost entirely marked up in yellow. Everything that he intended to present to the Parliamentary Control Panel, the body in Germany's parliament charged with keeping tabs on the country's intelligence agencies, was apparently important. He ran down the 15 items on his list, speaking without pause -- just as he did at his last appearance before the committee more than two weeks ago.

Pofalla appeared before the committee to clear the air. Chancellor Angela Merkel's conservatives hope to finally put a lid on the NSA scandal, which was set off by reports leaked by whistleblower Edward Snowden. The core of Pofalla's message was simple: The American intelligence agency and its British counterpart adhere to German law and have agreed in writing to do so. Pofalla went on to say that the rights of millions of Germans have not been violated, ostensibly in response to recent criticism by the opposition Social Democrats. The data that the Bundesnachrichtendienst (BND), Germany's foreign intelligence agency, has handed over to America's National Security Agency pertained to reconnaissance abroad and not to German citizens, he assured the panel.

It was a peculiar sort of political spectacle. Merkel's chief of staff and the government's official intelligence coordinator praised the "hard work" of the agency and quoted written assurances made recently by the American and British intelligence agencies to the German government. Pofalla painted a picture of a harmonious world of German-American intelligence cooperation. And it's this collaboration, he said, that has prevented terrorist attacks on German and US soldiers in Afghanistan.

If you subscribe to Pofalla's version of events, all the recent fuss is actually superfluous.

Only, there's a hitch in this rosy scenario. The BND and the NSA have agreed on pursuing a brand-new "no-spy pact." The agreement, says Pofalla, represents a unique opportunity to set standards for the future work of Western intelligence agencies.

Just last Friday, BND chief Gerhard Schindler sent NSA Director Keith B. Alexander a written request to launch discussions over a mutual no-spying pact. It is to be the placebo administered to the public at election time to pacify brewing concern and to say, "Look, everything is going to be just fine."

Yet the establishment of such a no-spying agreement implies that espionage has been allowed up to now, an unwitting confirmation of the information in the documents leaked by Snowden -- including the internal paper that SPIEGEL reported on this week: As a target of espionage, Germany ranks somewhere in the middle of the priority list, about on par with France and Japan. In the leaked document, the US notes a particular interest in Germany's foreign policy and economic situation, citing threats to the financial system and "economic stability" as high-priority subjects of interest when it comes to spying in the European Union.

The no-spying agreement isn't likely to make the NSA scandal disappear. On the contrary, Berlin will be faced with new questions: What should comprise such a pact? Will it only pertain to the work of foreign intelligence agencies? Or will it address the interests of citizens whose Internet data flow through American servers and can potentially be captured and cached? None of this has been definitively answered, all written assurances to the contrary.

Pofalla obviously anticipated what new questions might be raised by the envisaged agreement. It was he who carefully said that the US agency would not have made the offer, "if their assurance that they would abide by the law were not true." This is twisted logic -- logic that only Pofalla himself could explain.

But an explanation never came. Just like at his last appearance before the committee, the Chancellery chief declined to take any questions. After Item 15, Pofalla exited without a word. 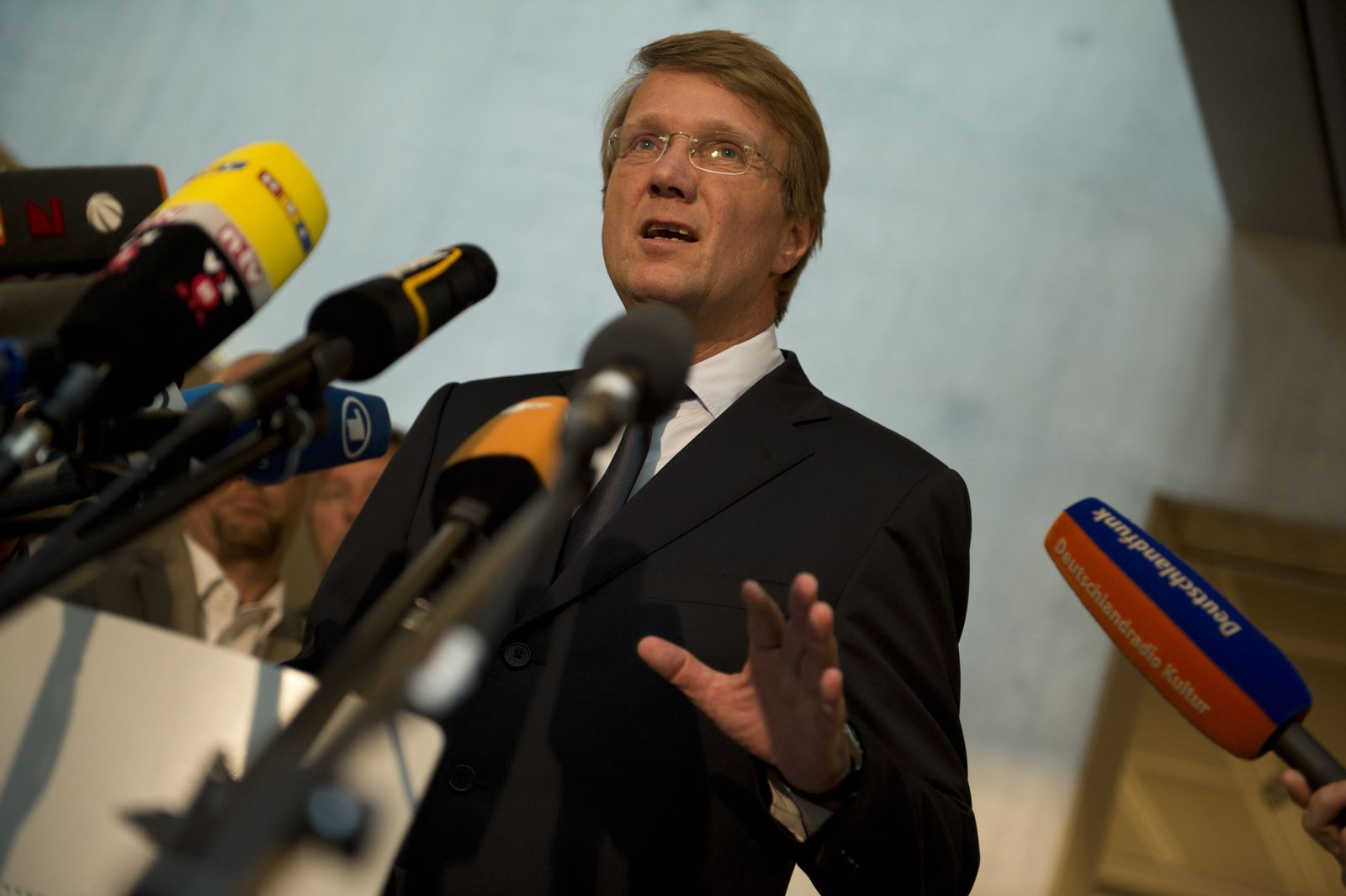 Chancellor Merkel's chief of staff, Ronald Pofalla, has been busy trying to calm Germans angry about US spying activities.