The meeting lasted for three hours, partially the result of the complex nature of the material being addressed. The oppressive heat hanging over Berlin this week didn't help.

"Mr. Prism is an important witness," Hans-Christian Ströbele said into the microphone, adding that he would love to ask "Mr. Prism" a few questions. Ströbele is the senior Green Party representative on the Parliamentary Control Panel, the body in the Bundestag assigned to keep tabs on the activities of Germany's intelligence agencies. And the hot weather would seem to be taking its toll. He was referring to Edward Snowden, the former US intelligence officer who revealed the full extent of American data surveillance operations to the world in June and who is still stuck in the transit area of Moscow's international airport.

When he was made aware of his slip-up, Ströbele grabbed his head. But he is far from the only one who is having a hard time keeping things straight these days. It seems that hardly a week goes by without the name of yet another top-secret computer program hitting the headlines -- combined with accusations, assertions and denials. The spying scandal focused on the activities of the US National Security Agency (NSA) has continued even as Berlin politics slows down for the summer break.

On Thursday, for the fifth time since the first revelations from Snowden were published in the beginning of June, the Parliamentary Control Panel met, and there were hopes that it might finally shed some light onto the true nature of Germany's cooperation with the NSA. Snowden, of course, wasn't present. Instead, Chancellor Angela Merkel's chief of staff, Ronald Pofalla -- who is the senior Chancellery official tasked with coordinating Germany's intelligence activities -- was there.

So too were the heads of Germany's domestic and foreign intelligence agencies, there to provide more information about the programs they use. According to those present at the closed-door meeting, the officials presented several different types of software that are already in use or are planned, spending extensive time discussing the program XKeyscore, the comprehensive surveillance software written about by SPIEGEL this week.

Gerhard Schindler, head of Germany's Bundesnachrichtendienst (BND), said that his foreign intelligence agency had used the program since 2007. But it was not, he said, according to meeting participants, used to collect data. Rather, he insisted, it was an analytical tool. He also stated that his agency's use of XKeyscore in no way represented a violation of German law. Hans-Georg Maassen, head of the Federal Office for the Protection of the Constitution, Germany's domestic intelligence agency, said that his agency had been using a test version of XKeyscore since 2012.

The acknowledgement marks a significant step forward in the German debate over US surveillance techniques. Even as the German populace has been extremely unnerved by revelations that the NSA monitors some 500 million data communications each month, Merkel's government has done little to answer questions regarding the extent to which Berlin cooperates with Washington on surveillance activities. This week's article in SPIEGEL also cited an NSA document indicating that the German was "modifying its interpretation of (privacy laws) to afford the BND more flexibility in sharing protected information with foreign partners."

Schindler on Thursday appeared to be taking such accusations seriously. He issued an official statement in which he denied trying to weaken German data protection laws. He did, however, confirm that his agency feels that some paragraphs of the "G-10" law relating to passing on data should be softened. That, Schindler said, is something that he also told his US counterparts.

In addition to testimony from Schindler and Maassen, officials also read a written statement from the NSA in response to a query from the German government. According to the statement, there are three separate Prism programs, all of them unconnected to each other. Meeting participants say the NSA response said that one of the Prism programs was only used internally. That program had thus far remained secret. Another of the programs was used by the Pentagon in Afghanistan. Yet another NSA tool -- vaguely described in the statement and allegedly "totally unrelated to the first" -- carries the name PRISM and "tracks and queries requests pertaining to our Information Assurance Directorate."

The NSA response, meeting participants said, focused primarily on the Prism program that whistleblower Edward Snowden made public -- a tool that allows the NSA to engage in the vast surveillance of electronic communication connections. In the response, the US intelligence agency vehemently denied that the program is used to indiscriminately collect huge quantities of data in Germany. The collection of data, the response said, is subject to court authorization and is primarily used to combat terrorism. Its use is "focused, targeted, judicious and far from sweeping," the one-page response says.

The document sounds reassuring, but so too have many denials issued in recent days. In fact, the NSA response says little about how the monitoring of 500 million data connections each month can be considered focused or targeted. Furthermore, the court the statement refers to, the Foreign Intelligence Surveillance Court (FISA), is secret and, according to US media reports, confirms virtually every surveillance request made by US intelligence.

Pofalla also tried to do his part to counter the recent criticism that he, Merkel and the rest of the government had done too little to clear up the accusations of vast US surveillance. And he seemed well prepared. He issued a statement that German intelligence activities, including cooperation with foreign agencies, are vital for the protection of German citizens. As an example, he mentioned the transfer of data in connection with kidnapping cases abroad.

Still, he was unable to conceal the fact that the central questions have not yet been answered. What exactly is the nature of NSA activity on German soil? Is the German government as oblivious as it has claimed -- and if so, why? Pofalla declined to answer questions from journalists following the Parliamentary Control Panel meeting.

Mostly, though, it was evident on Thursday that the issue is becoming a central one in the German election campaign ahead of the vote this September. Representatives of Merkel's coalition government noted that close intelligence cooperation with the US began following the Sept. 11, 2001 terror attacks -- at a time when the center-left Social Democrats and the Greens were running the country. The Free Democrats, Merkel's junior coalition partner, even said they would like to bring senior SPD member Frank-Walter Steinmeier in front of the Parliamentary Control Panel for questioning. Steinmeier was Chancellor Gerhard Schröder's chief of staff in 2001. The SPD and the Greens, for their part, once again accused Merkel's government of refusing to answer decisive questions about the Prism scandal.

She will have another chance. Pofalla is to appear before the panel once again in August. It remains unlikely, however, that Ströbele will be able to interrogate "Mr. Prism." 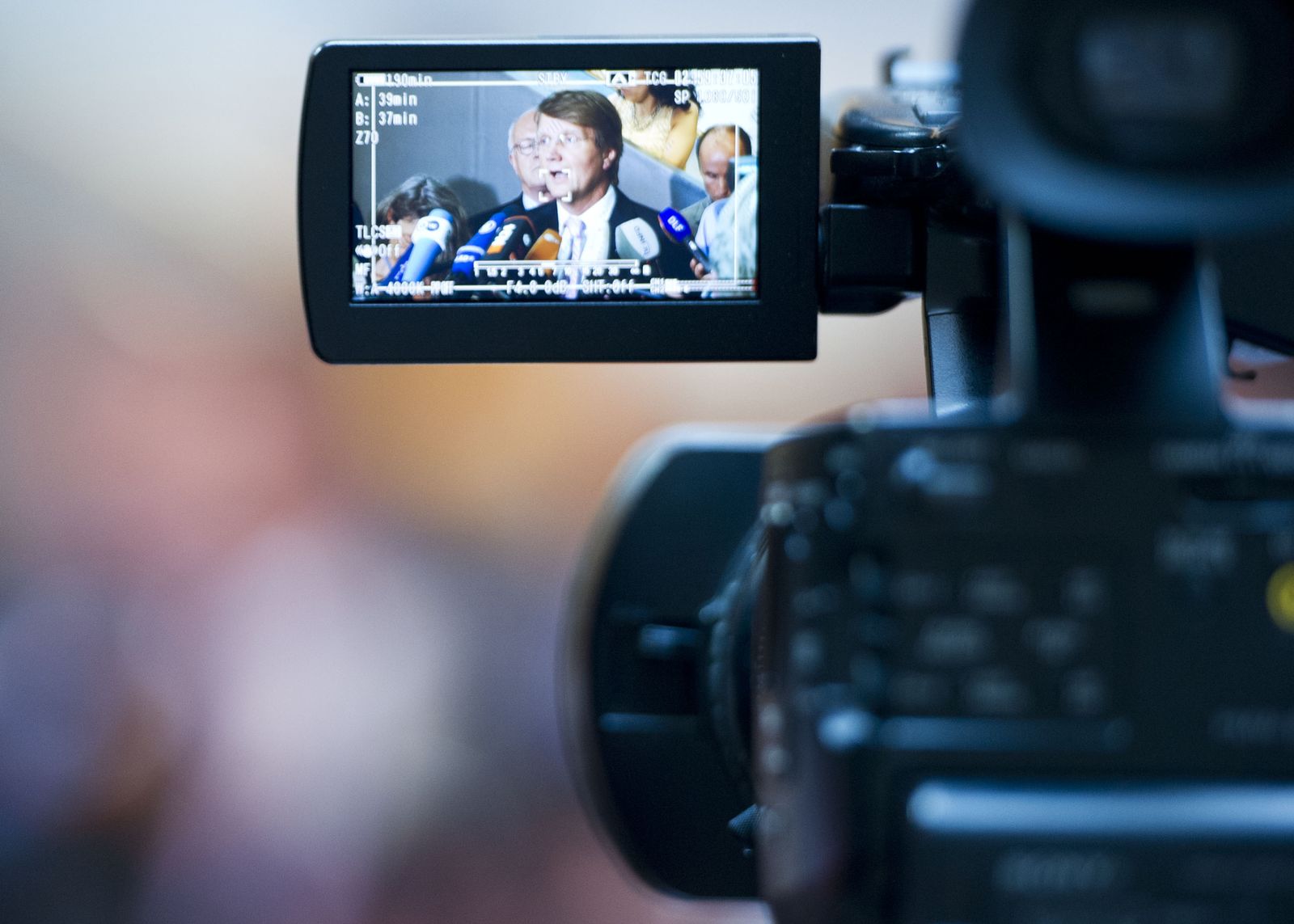