German Chancellor Angela Merkel responded sharply Thursday to reports that her cell phone has been the target of United States intelligence gathering. "Spying between friends, that's just not done," she said upon arriving in Brussels for a planned, two-day summit of European Union leaders.

The chancellor confirmed to reporters that she told US President Barack Obama by phone on Wednesday that there needs to be trust among allies and that "such trust now has to be built anew." Spying among friends is unacceptable, Merkel continued, "This applies to every citizen in Germany. Thus, as chancellor, I am responsible for enforcing it."

It is the first time that Merkel has personally commented on the spying allegations, which were brought to the chancellor's attention by a SPIEGEL inquiry. Her spokesman publicly raised the issue on Wednesday, forcefully calling on the Obama administration to clarify the claims. On Thursday, German Foreign Minister Guido Westerwelle took the unusual step of calling a meeting with the American ambassador to Germany, John B. Emerson.

'We Need to Take Measures'

Several other EU leaders at the summit in Brussels echoed Germany's concerns about US spying. "Facts are facts. We cannot accept this systematic spying, whatever it may be," said Elio di Rupo, the Belgian prime minister. "We need to take measures and I can't imagine measures at the national level. We need to take European measures."

Swedish Prime Minister Fredrik Reinfeldt said: "Our capacity to search for this kind of information is to hinder terrorism, criminal activities, the risk of war. That should be clear."

"This is serious," intoned Dutch Prime Minister Mark Rutte, "I will support [Merkel] completely in her complaint and say that this is not acceptable. I think we need all the facts on the table first."

The latest revelations come on the heels of a French newspaper report this week that the US National Security Agency (NSA) monitored millions of French phone calls, prompting Paris to summon the US ambassador for an explanation.

Meanwhile, Merkel is facing domestic political pressures, as she attempts to form a coalition government between her conservative Christian Democratic Union and the opposition Social Democrats before Christmas. 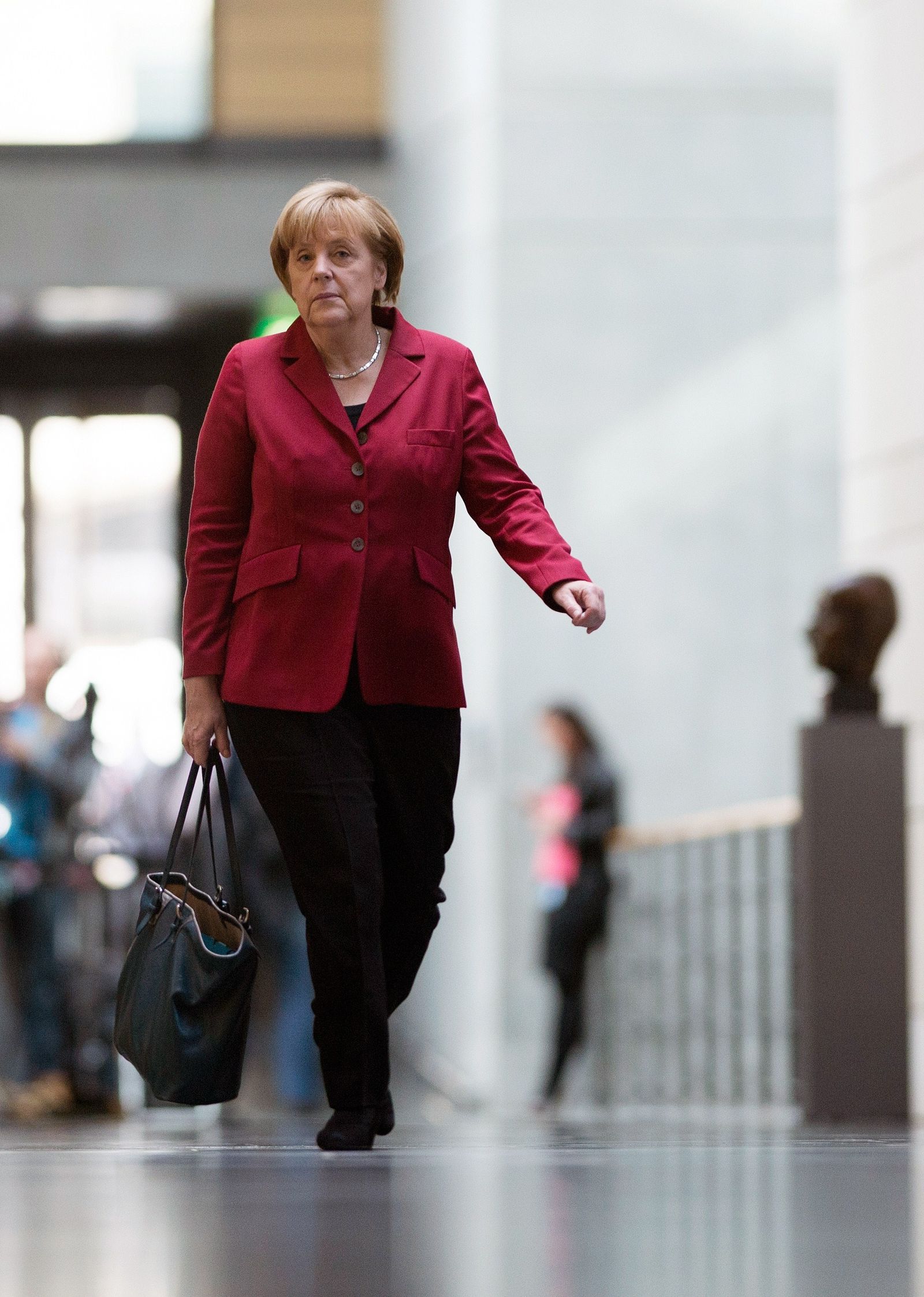 While leading coalition talks, German Chancellor Angela Merkel is also having to deal with accusations that American intelligence eavesdropped on her mobile phone.