How dooooooes she do it? German Chancellor Angela Merkel's hair and makeup always looks perfect, and this week she revealed how it holds up against her grueling work schedule.

While giving an interview with broadcaster ARD's youth radio station on Wednesday, Merkel was asked by a listener what she does to stay looking so fresh. Merkel answered that taking joy in her work, trying to get enough sleep and fresh air are important factors. Meeting new people and tackling new problems also keep her feeling good, she said.

But she also revealed that a stylist does her hair and makeup each day, and sometimes even a second time if necessary. "It's good that my hairdo holds fairly well for 14 hours," she added, "with the help of the related items."

Bulletproof hairspray among them, one can only assume.

It's not the first time Merkel has been asked about her appearance in the run-up to the Sept. 22 election. At a party event in Düsseldorf on Sunday, the chancellor credited the German cosmetic industry with doing a "proper job."

But she still likes to kick it at home au naturel with no makeup, she told the kids listening to ARD.

Entrenched gender roles being what they are, her challenger Peer Steinbrück is unlikely to be asked about how he maintains his drab look, much less his hair. But he doesn't have much hair to speak of anyway. 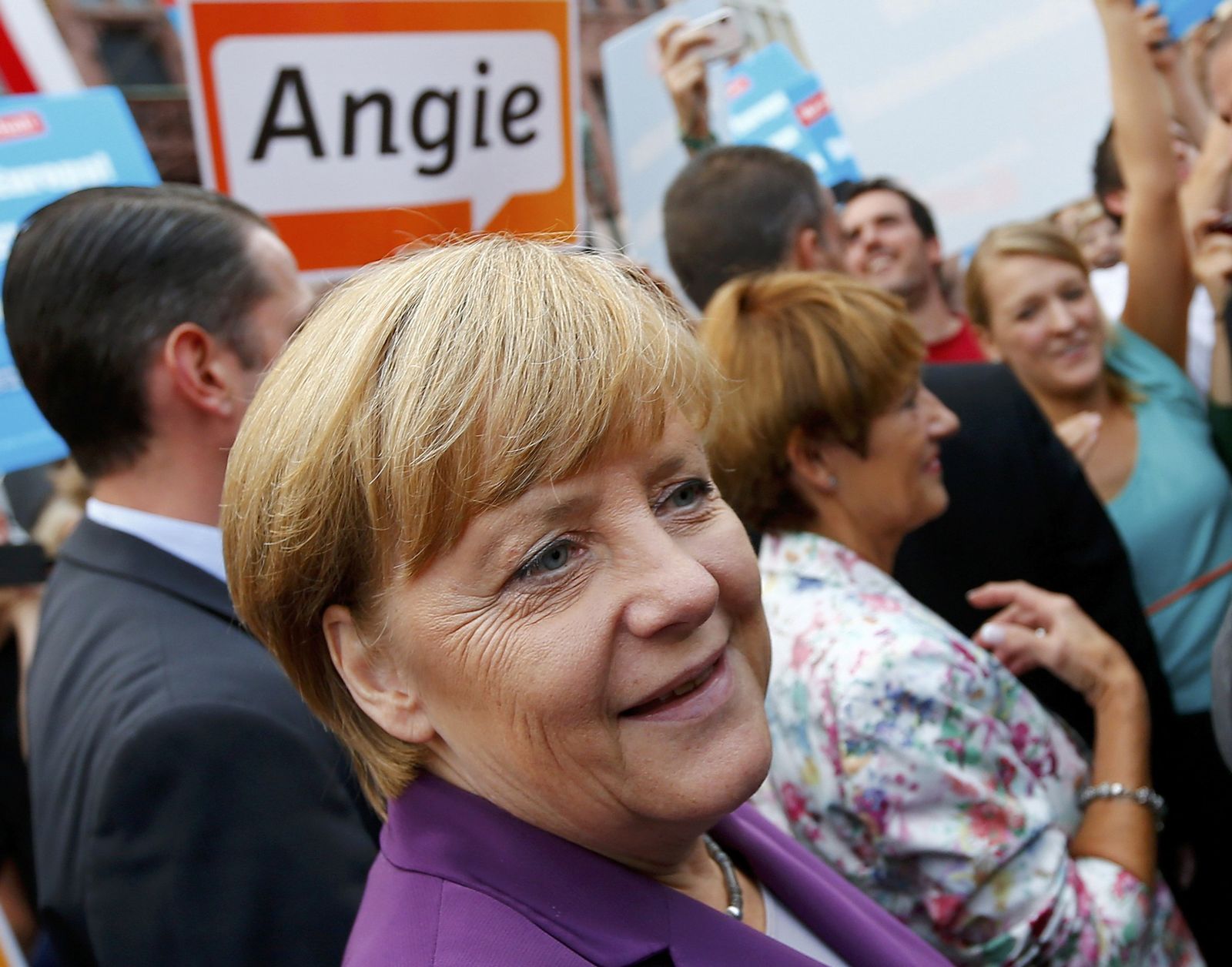