One certainly hopes that Chancellor Angela Merkel is having a relaxing summer vacation. Because once she gets back to Berlin from her trip to the mountains of northern Italy, she will need plenty of energy to quell the various brush fires that have flared up in her absence.

Unexpectedly, the ongoing euro crisis isn't the only issue that awaits her attention upon return, though. Her governing coalition, already notorious for internal bickering, has this week found something new to argue about: tax benefits for gay and lesbian couples in a civil union. On Monday, 13 lawmakers from Merkel's conservative Christian Democratic Union (CDU) released a statement demanding equality between heterosexual and homosexual couples when it comes to joint-filing benefits. Family Minister Kristina Schröder, likewise of the CDU, quickly threw her support behind the plan, saying that, because those in civil unions pledge lasting support of one another, "they live according to conservative values."

The issue is hardly controversial. A majority of Germans and virtually all of the country's political parties are in favor of equal tax rights for gay and lesbian couples who have entered into a civil union. Indeed, Vice Chancellor Philipp Rösler, who heads Merkel's junior coalition party, the Free Democrats (FDP), also indicated on Tuesday that he backed the move as well: "Those in a civil union bear responsibility for one another," he said. "It is time to equalize tax policy to reflect that."

But peace -- and survival -- in Merkel's coalition also depends on the Christian Social Union (CSU), the Bavarian sister party to her CDU. And so far, they are against the proposal. Several CSU politicians have carefully expressed their opposition and, with the party facing poor poll results ahead of a crucial election next year in the socially conservative state, immediate change seems unlikely.

There is also resistance within the CDU, most prominently from the Finance Ministry, led by senior party member Wolfgang Schäuble. The ministry told several media outlets on Tuesday that it "currently did not see a need" to extend joint-filing benefits to couples bound by civil union.

Germany introduced civil union for gay and lesbian couples in 2001, and they have since been granted further rights. Lately, however, it has largely been the German Constitutional Court which has broadened the rights associated with Germany's some 23,000 civil unions. Several years ago, inheritance tax laws were extended to homosexual couples, and just last week, the court ruled that homosexual civil servants and soldiers were eligible for the same family allowance benefits as heterosexual couples.

Next year, the court is scheduled to rule on joint-filing benefits as they relate to civil unions, and most observers believe the court will extend the privilege to gay and lesbian couples. But because Merkel's government has already been upbraided multiple times by the court, many would prefer a legislative solution prior to the ruling.

The opposition, led by the center-left Social Democrats (SPD), is not about to make things any easier for Merkel, though. SPD floor leader Frank-Walter Steinmeier announced on Wednesday that he would launch a multi-party parliamentary motion to extend tax benefits to civil unions. Just how Merkel will position herself remains to be seen.

"A group of parliamentarians, backed by Family Minister Kristina Schröder, is demanding equal tax privileges for civil unions. The idea's opponents consider the idea to be absurd…. But given the shift in societal attitudes, they will hardly be able to maintain their position. Increasing numbers of married couples remain without children -- often intentionally -- and yet are still able to profit from joint-filing benefits. The same is true of parents whose children have long since moved out of the house. As such, joint-filing benefits are not merely a tool to promote families. More than anything, the benefits reveal that married couples are seen as long-term economic units. Ultimately, partners take long-term responsibility for each other, even in the case of illness or unemployment. Same-sex couples accept the same obligations when they enter a civil union. As such, they should be extended the same rights. Taxation should depend on the couple's earning capacity, not on their sexual orientation."

"Whether the initiative of the 13 politicians will find success remains unclear. The fact that it might is not just the product of a slow change of heart in the CDU. Rather, it is also about the party's fear of yet another defeat at the hands of the Constitutional Court. In the next 12 months, the court will decide whether unequal treatment of married couples and those in civil unions when it comes to tax policy violates the constitution. … Experts expect the justices will demand equalization. If the government wants to avoid another embarrassing defeat, it must now extend tax privileges to civil unions. In any case, they won't be able to prevent it."

"Chancellor Merkel would likely welcome turning away from the anachronistic attitude to life partnerships. Many CSU members might still find the idea of men kissing to be repulsive, but such feelings are foreign to Merkel, a Protestant academic from the east. Furthermore, the issue fits perfectly into Merkel's campaign concept. She has shown a predilection for embracing her political opponents so tightly that they can no longer breathe. It would hardly be a surprise if she took on a leadership role in the fight for gay rights."

"Of course the 13 CDU parliamentarians are right. Gay and lesbian couples who have entered a civil union take on the same responsibilities for one another as heterosexual married couples. As such, the state should grant them the same rights. That includes joint-filing rights that the lawmakers have now demanded for homosexual couples."

"More interesting, however, is the question as to whether the proposal will find support in the governing coalition -- and with it a new paradigm shift under Chancellor Angela Merkel that would lead the conservatives further into the present. The FDP would support it immediately. And the chances within the CDU are also good."

"But the CSU is likely to balk. Given catastrophic public opinion polls in Bavaria one year ahead of elections there, party head Horst Seehofer is likely to be uninterested in a debate that calls into question the sanctity of marriage between a man and a woman."

"Already in 2009, Germany's Constitutional Court established that when it comes to pension rights in the case of a partner's death, the possibility that a relationship might result in the birth of a child is not enough to apply different legal standards to marriage and civil union. Inheritance tax equality followed shortly thereafter. Recently, the justices declared unequal treatment in family benefits for civil servants to be unconstitutional too. In 2013, they will likely forbid divergences in the application of joint-filing tax laws."

"As such, it is hardly progressive when a group of CDU modernizers seeks to take the same step ahead of the Constitutional Court. But it is still timely. Relationship constellations are so varied today that the state should no longer hand out benefits based on sexual orientation or the existence of a marriage certificate." 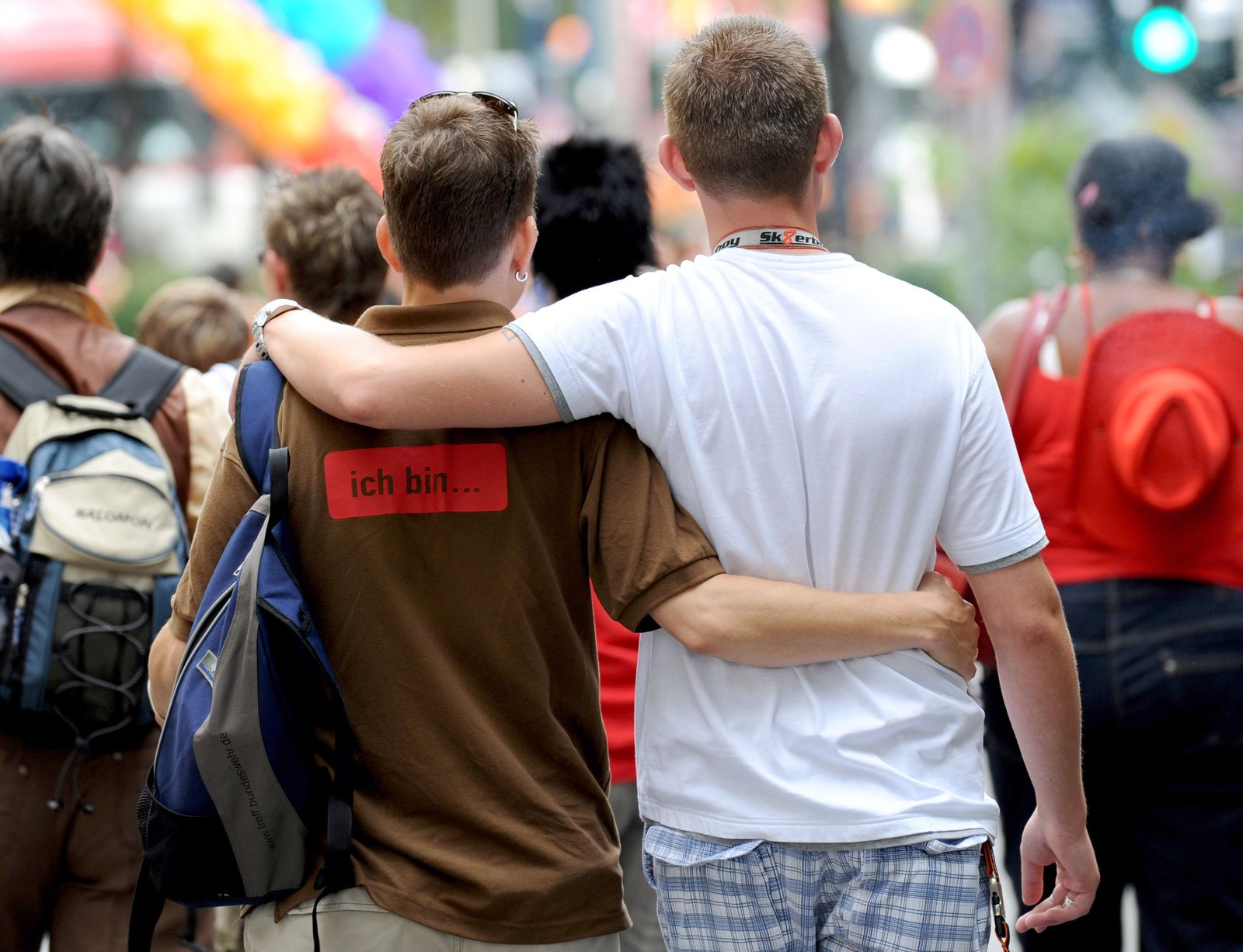 A group of conservative parliamentarians in Berlin has opened a debate on granting gay and lesbian couples in civil unions the same tax benefits as heterosexual married couples.