With federal elections taking place in September, a visitor to Berlin might expect the city to be a hotbed of controversy, with a lively campaign focused on the euro-crisis policies of incumbent Chancellor Angela Merkel and competing visions for the European Union of the 21st century.

That visitor would be disappointed. Even as Berlin is at the heart of a drama which still has the potential to tear the euro zone apart, the city is oddly detached. The euro is absent from the debate. Instead, the campaign ahead of the Sept. 22 general election has focused on US intelligence surveillance, the rising cost of energy, childcare facilities and Defense Ministry bumbling. And that is about it.

Since the euro crisis began, many governments across Europe have been swept from power. France last year saw a presidential campaign heavily focused on Europe, and calls for alternatives to austerity have grown ever louder. So why is it that Germany, the country key to solving the euro crisis, seems immune to this polarization of views on the future of economic and monetary union?

Partly it has to do with the Greens and the Social Democrats, two opposition parties struggling to differentiate their euro policies from Merkel's government, a coalition of her conservatives and the business friendly Free Democrats (FDP). Both the Greens and the SPD have supported all major euro rescue measures thus far. Even the Left Party, a stronger critic of the government, recently confirmed its overall commitment to the common currency. There is currently no anti-euro party in Germany parliament, with newcomers such as the euro-skeptic Alternative for Germany, media attention notwithstanding, yet to demonstrate their potential at the ballot box.

One reason is that Germans are still not feeling the pinch of the crisis. On the contrary, they continue to hear good news about strong exports, lower unemployment and economic growth. With the election looming, it is no surprise that the Merkel administration is wary of spoiling this mood of complacency by addressing the downsides of the "German model" for fellow euro-zone member states.

Another factor, however, is Merkel herself. Many observers abroad see her as the key to explaining German power. But it's not all about Angela. She has, in fact, been the beneficiary of a favorable economic and political environment -- a situation only partly shaped by her government. Indeed, a rare state of consensus exists among the wider German public on three of the country's major political battlefields: nuclear power, the shape of the social-market economy and Berlin's role in global security.

When it comes to the country's nuclear reactors, Merkel's government decided to gradually shut them down following the 2011 disaster in Japan. It was an opportunistic move following decades of campaigns by civic movements and the Green party. And it reinstated the nuclear phase-out policies of her predecessor Gerhard Schröder, who headed up a coalition with the Greens.

One decade ago, that same Schröder-led government coalition pushed through a heavily contested welfare and labor-market reform package, called Agenda 2010, to modernize the German economy. The eventual success of this program helped the Merkel government guide Germany through the crisis.

Finally, Germany's abstention from the United Nations Security Council vote on Libya in 2011, combined with its reluctance to arm the Syrian opposition, has created trouble for Berlin with some of its European and trans-Atlantic partners. Domestically, however, these decisions began healing the wounds opened by Germany's engagement in Afghanistan.

As a consequence, a majority of Germans do not feel particularly challenged when it comes to the overall political course charted by Merkel. Economically, they feel strong and they have placed their trust in the chancellor. Moreover, she comes across as diligent, hard-working and modest, which goes down well with the German electorate.

The view has been different on a European level, of course, with negotiations often crossing the line from "tough" to "acrimonious." Early in the crisis, Germany was blamed by fellow European countries for being too hesitant to lead. Later, after it took a firmer grip on the reins in 2011, there were complaints about both the style and substance of Berlin's guidance. That criticism, though, has failed to find traction domestically. The opposition has often criticized Merkel, saying she has done "too little, too late" and has moved "in the wrong direction." But suggestions that Berlin is increasingly playing to its own interests and lecturing others, all while ignoring the fact that it too would ultimately be hit by the crisis, are often met with incomprehension within Germany.

And the criticisms from outside the country -- it has become commonplace to depict Merkel as lacking a vision for Europe -- are also a function of the chancellor's leadership style. She is reactive instead of proactive. And her narrative is more global than European.

More than that, the EU for her is a vehicle for cooperation and not an end in itself; Merkel does not have an integrationist reflex. In her world, there is a strong role for governments and inter-governmentalism and she has learned in the course of myriad European summits over the years that both the economic strength and the size of Germany matter -- and that nation-state power is still important, despite decades of integration.

This raises an interesting question about her origins in East Germany. Does she, unlike politicians from former West Germany, lack an intuitive understanding of when she stretches German power too far? There are a number of indications that she has not quite found the right balance, particularly when it comes to smaller EU member states. Another chancellor might well take a different approach.

If she is re-elected, as opinion polls suggest she will be, Angela Merkel is unlikely to change course and probably won't present a full-fledged vision for a more integrated economic and monetary union. She is not the "guardian angel" of a federalist Europe. But with a renewed mandate she will have more leverage to do what it eventually takes to save the euro-zone -- carefully balanced with German interests.

And if Merkel loses? In the past, there was always a broad consensus within Germany when it came to the EU. But recent years have seen European issued politicized to an unprecedented degree. EU summits are no longer about rules and technical treaty amendments; they are about the kind of economies and societies member states want to build for the 21st century. Political orientation now matters, just as it does in the domestic context. Were the SPD and the Greens to win, Berlin would almost certainly change course.

Angela Merkel surely understands this new battlefield. What leaders discuss at the negotiating tables in Brussels is about fundamental choices on economic and social policy. Much of the German public has still not woken up to this new power game. 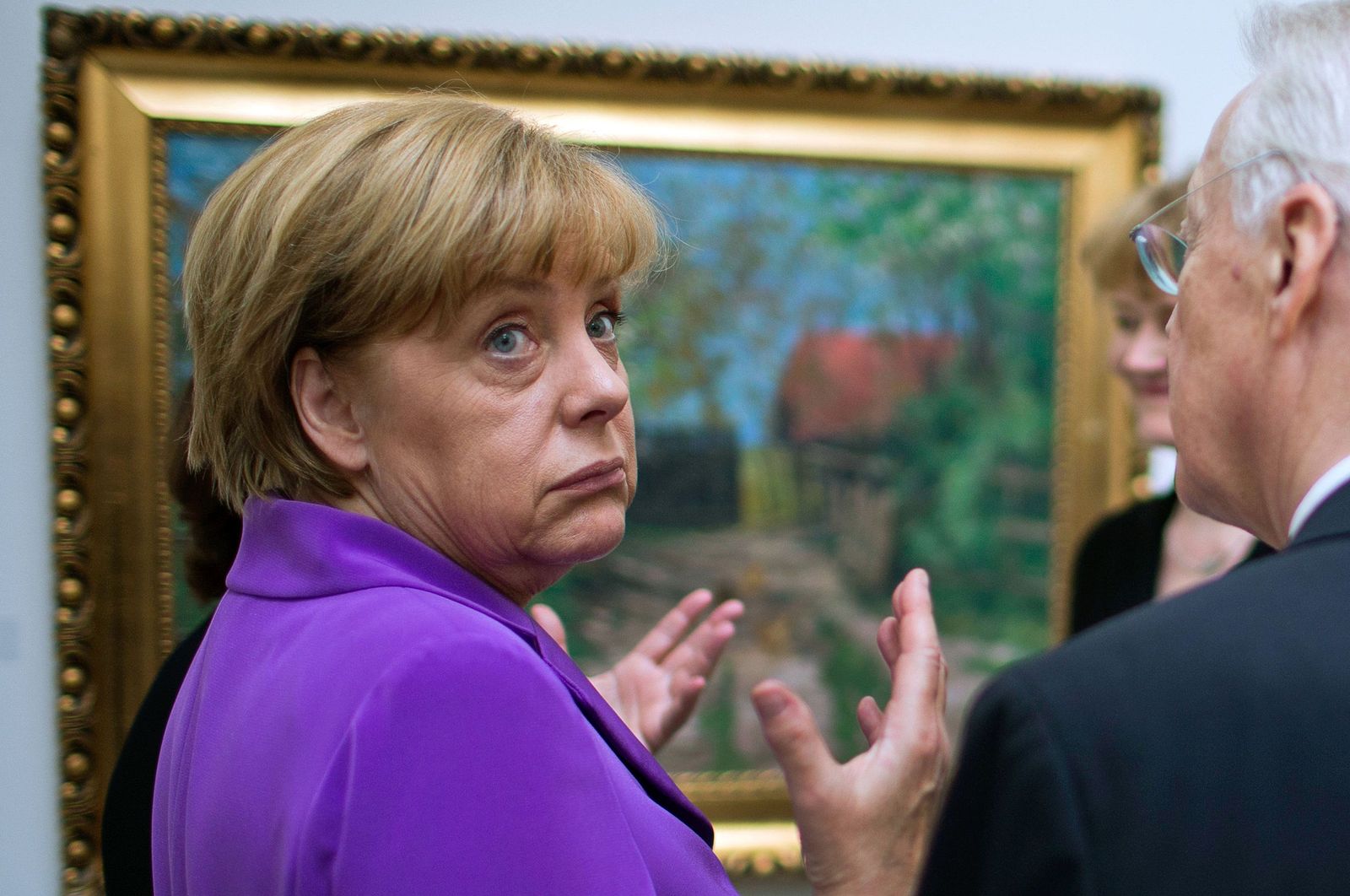 Merkel has benefitted from a lack of controversy this campaign season.