While Barack Obama's whirlwind visit to Berlin largely resulted in good publicity for the president, his German counterpart, Chancellor Angela Merkel, wasn't so lucky. A comment she made during a joint press conference on Wednesday has gone viral in Germany and been met with a wave of ridicule on Twitter.

When asked about her response to the Prism data spying scandal involving the National Security Agency (NSA), Chancellor Merkel commented that the Internet is "Neuland" -- uncharted territory -- "for all of us."

Within minutes, #Neuland was trending on Twitter, and as of Thursday morning, the meme continues to grow, inspiring custom images, gifs and countless cracks at the chancellor, who is up for re-election in September.

"A new era has begun -- The Internet has finally reached Germany!!" tweeted @S_ButterFinger.

"Angela Merkel at Obama meeting: 'The Internet is virgin soil [#Neuland] for all of us.' How distant can politics get?" added @jerryweyer on the social media platform.

Sigmar Gabriel, the leader of the opposition center-left Social Democrats, used the gaff as an occasion to poke fun at the Christian Democratic chancellor. "I actually feel quite good for the most part in this #Neuland," he tweeted on Wednesday.

Merkel's spokesman took to the Web in Merkel's defense, tweeting that she was talking about a "legal and political Neuland." 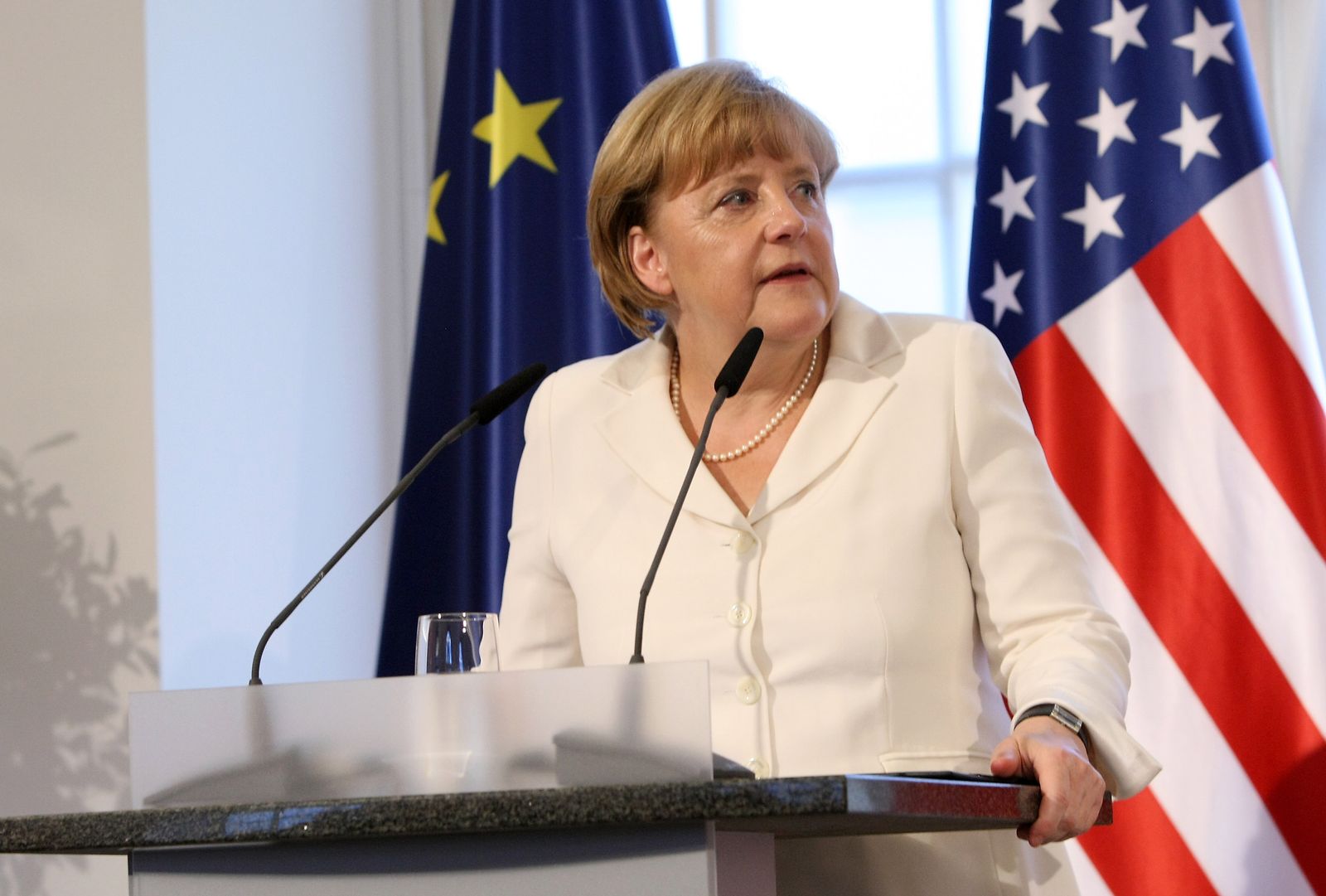