The current German government has rarely shown the kind of humility it has displayed this week, especially when it comes to nuclear policy. On Monday afternoon, a grim-faced Chancellor Angela Merkel faced the press and spoke of a "watershed for the whole world," and for Germany of course too. "Everything must be placed under review," Merkel said. "There must be no taboos." If there is any doubt, she said, safety must prevail.

The Japanese earthquake has caused a dramatic upheaval in German politics. The center-right coalition has put on hold the extension of lifetimes for the country's 17 nuclear plants. They were all due to be phased out by 2021, but Merkel decided to prolong their operation by an average of 12 years in a deeply controversial move last autumn. 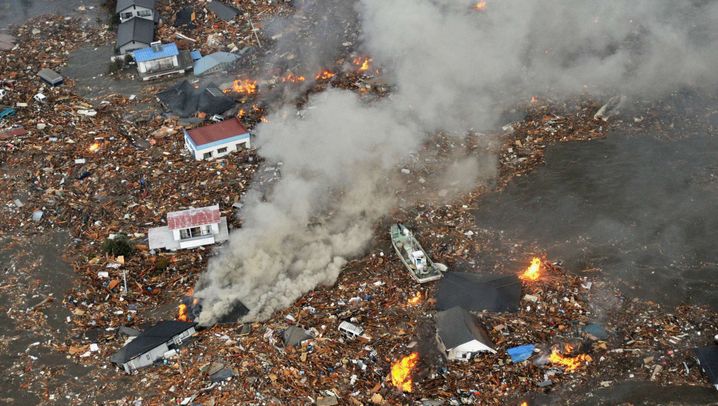 In the coming three months, experts will carry out new safety checks at all reactors. It remains to be seen what will happen then. But Merkel made clear that the Fukushima accident has fundamentally changed the picture.

In effect, her government has reversed -- at least for the time being -- the central plank of its program. The nuclear policy, part of a long-term energy plan aimed at converting Germany to green power by 2050, was whipped through parliament last autumn after a hard-fought debate, and in the face of angry protests from tens of thousands of anti-nuclear campaigners. Merkel described her energy plan as a "revolution."

But Japan has changed everything for her. The inconceivable has happened there. The mathematically calculable residual risk, always regarded as acceptable by the supporters of the controversial technology, has suddenly turned into real danger. The chancellor has pushed the emergency button.

Merkel announced on Tuesday that the seven plants that went into operation before the end of 1980 will be shut down during the safety review.

Among them are Neckarwestheim I in the southwestern state of Baden-Württemberg, where her conservatives face a difficult regional election on March 27, one of three state votes this month. The plant went into operation in 1976.

The opposition parties see this sudden nuclear clampdown as pure election tactics. They suspect the government is only trying to gain time with its moratorium until June 15, which will put it comfortably past the elections in Saxony-Anhalt, Rhineland-Palatinate and Baden-Württemberg this month.

The Baden-Württemberg vote is the most important of the elections for the Merkel's Christian Democratic Union (CDU) and their junior coalition partner, the pro-business Free Democratic Party (FDP). The conservatives have governed the rich state since 1953 and losing power there would be a major setback.

Opinion polls indicate a neck-and-neck race between the center-right and center-left camps. The new debate about nuclear risks has come at the worst possible time for Merkel, especially because the CDU governor of the state, Stefan Mappus, was among the most vociferous supporters of extending the lifetimes of nuclear plants.

Is the government's nuclear moratorium just meant to placate the public? The center-left Social Democratic Party (SPD) and the Greens now want to turn the Baden-Württemberg election into a vote on nuclear policy.

SPD leader Sigmar Gabriel and Greens parliamentary group leader Jürgen Trittin, initially hesitant about capitalizing on the Japanese tragedy, appear to have shed their misgivings and have launched an all-out bid to reinstate the nuclear phaseout they imposed in 2002 while in government. It was, after all, one of their main political legacies.

Gabriel, Trittin and other top members of the SPD and Greens, along with the leaders of the opposition Left Party, joined a demonstration by some 2,500 people in front of the Chancellery in Berlin on Monday afternoon. In 400 towns and cities across the nation, some 100,000 people demonstrated against nuclear power.

The opposition now plans to crank up the pressure on Merkel on Thursday when she will make a statement to parliament to outline her policy reversal. The SPD and Greens want to introduce a motion to stick to the 2021 phase-out once and for all, in the hope that some MPs from her coalition will embarrass Merkel by voting in favor. 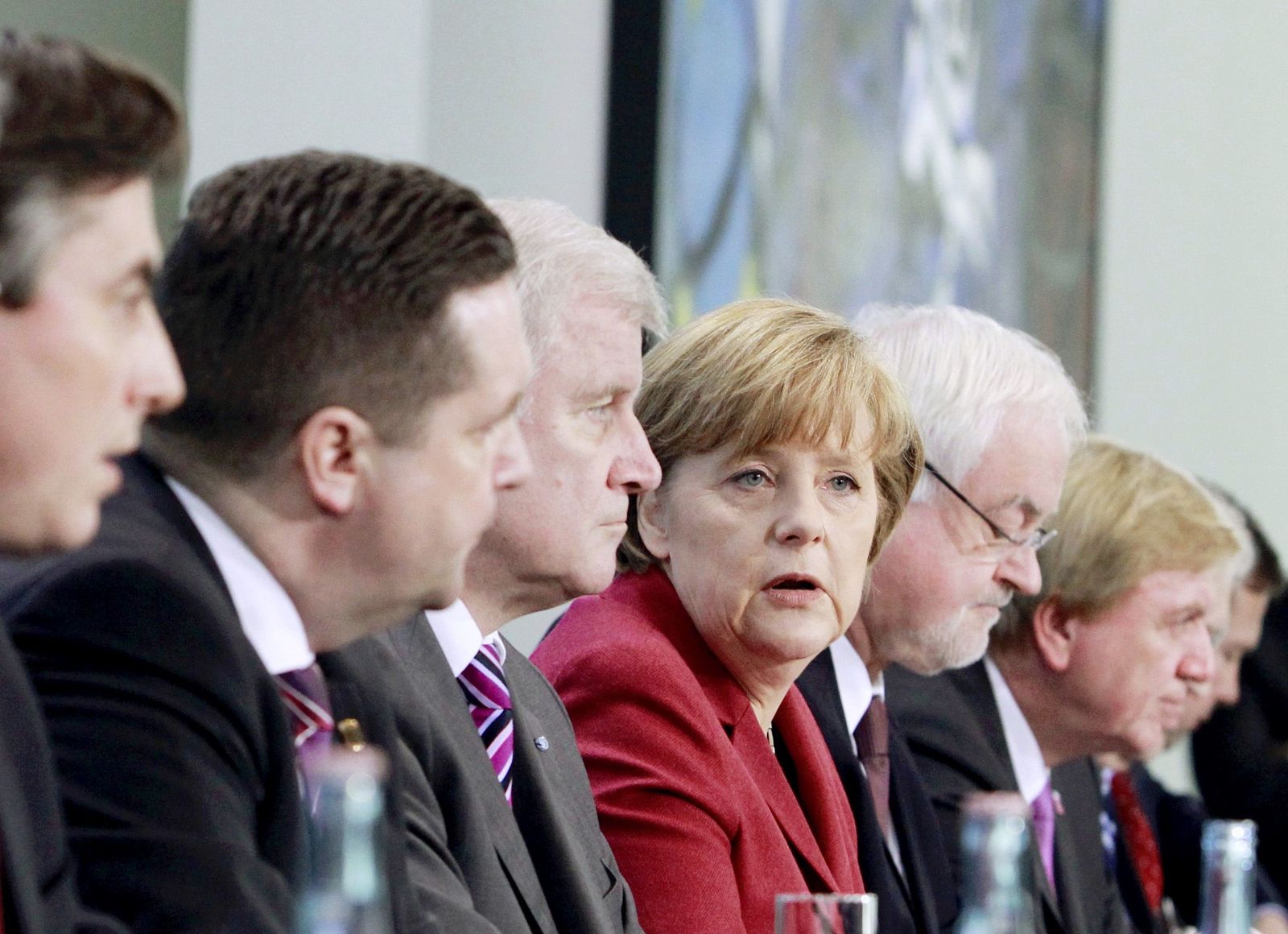 Chancellor Angela Merkel has put her nuclear policy on hold: "Everything must be placed under review."