In the autumn of 2008, German Chancellor Angela Merkel stated clearly: "In the long term, people cannot live beyond their means." At the time, the economic and financial crisis appeared to have reached its peak. Since then, though, the chancellor has lost her iron budget discipline.

Fast forward to April 2010. The end of the spiral of debts is nowhere in sight. It just continues to grow -- and soon it will grow further if Germany provides €8.4 billion ($11 billion) in financial aid to Greece. Initially, that assistance will only come in the form of credit guarantees from the federal budget for state development bank KfW, which will then provide the money in the form of loans to Greece. So they aren't technically debts. But what happens if cash-strapped Greece is unable to pay back its loan? Then Germany's deficit would grow in real terms by several billion.

Merkel and Vice Chancellor Guido Westerwelle, who is the leader of her coalition partner, the liberal Free Democrats and also Germany's foreign minister, have governed the country for six months now. They have shown little hesitation about running up new debts. "Never in the history of the Federal Republic of Germany has a government accrued debts as fast and as easily as the current government," writes the conservative Frankfurter Allgemeine Zeitung, which is a paper of record in Germany, in an editorial. Now the government is spreading Greece's credit risk to the "expense of the general public," the paper decries, before asking how much deeper the government is going to reach into taxpayers' pockets. Meanwhile, the mass-circulation Bild, noting that Greek people can retire at least two years earlier than Germans, asks on its front page: "Why do we have to pay for Greece's luxury pensions?"

Greek Bailout Could Be Far Higher than 8.4 Billion

Merkel is in a real fix. She has no "either-or" choice -- all she can do is try to muddle her way through an impossible situation. On Monday, she hinted in a meeting of her party's executive that the Greek bailout could cost Germany billions more than has so far been publicly stated. She told her fellow party members that it had to be assumed the KfW would need to make around €24 billion in credit available to Greece over the next three years. And that would just be Germany's share of the bailout.

Merkel's coalition government, which pairs the conservative Christian Democratic Union (CDU) with its Bavarian sister party, the Christian Social Union (CSU), and the business-friendly FDP, has done nothing in terms of the budget-tightening measures it pledged when it came into office.

To the contrary. In March, the government agreed on the highest package of new debt in the history of postwar Germany: €80.2 billion in debt.

When it comes to spending money, Merkel and her coalition have been extremely generous during the financial and economic crisis. Earlier this year, the government approved an €8 billion package of tax cuts, and a further €16 billion is expected to follow by 2012 -- at least that's what the FDP is pushing for.

There are always reasons to delay taking action -- like the pivotal state election to be held in North Rhine-Westphalia on May 9. The vote will determine whether Merkel's conservatives and the FDP are able to maintain their majority in the Bundesrat, Germany's upper legislative chamber which represents the interests of the states.

In that state election, top politicians from the CDU and FDP are trying to whitewash the situation. They claim they have trimmed around €6 billion from the debt package that had been planned by Merkel's previous finance minister, Peer Steinbrück of the center-left Social Democrats, whose party was voted out of office in 2009. But as pleased with themselves as they may be, most of the savings in the budget plans have come from cyclical economic measures. Unemployment, for example, has been far lower than the government originally anticipated.

And yet everyone knows that the pressure to make cuts will grow ever greater in the future. Under an amendment to Germany's constitution, the country's so-called "debt brake" clause will go into effect in 2011, and by 2015 the country will have to eliminate a structural deficit of €67 billion. Starting in 2016, annual deficit spending in Germany will be limited to €10 billion. So how will the country get by with only €10 billion in deficit spending?

Lately, German Finance Minister Wolfgang Schäuble has been murmuring that the "solution to the problem will also include cuts in expenditures as well as only permitting modest increases in some areas." It is a truth that is being slightly watered down. The only problem is that when these cuts do come, their scope is still unknown.

In June, Schäuble plans to meet with fellow members of Merkel's cabinet and their party's leaders in parliament to discuss savings and possible tax plans. Schäuble has said voters would perceive his plans "as fair." He has already pledged no cuts to pensioners, but also said they will have to live with the fact that "there will be no increases for quite some time to come."

The condition of the public sector budgets is clear. Only two years ago, Merkel wrote: "Every billion in new debt further reduces our room for maneuvering in the future." 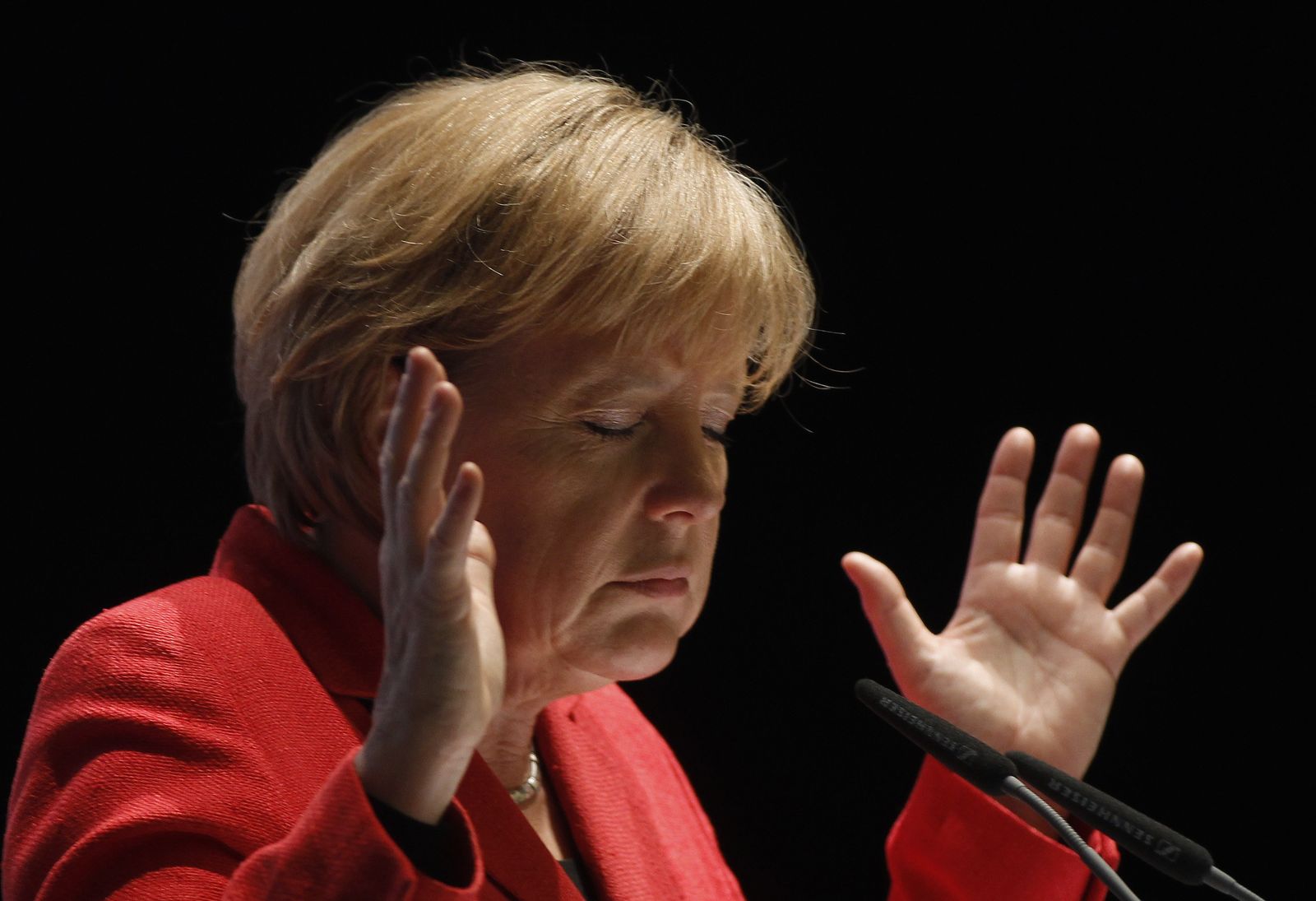 In a fix: The deficit spending package recently approved by Chancellor Angela Merkel's government was the largest in the country's postwar history.