It is tempting to believe that all is right in the world of Chancellor Angela Merkel as general election year 2013 gets underway. Just nine months before Germans go to the polls, her personal popularity ratings are sky high, with recent surveys suggesting that 71 percent of Germans have a high opinion of the chancellor. Furthermore, her conservatives enjoy robust 40 percent support, well ahead of any other party. And the candidate chosen by the opposition Social Democratic Party (SPD) to challenge her has thus far proven exceedingly prone to blunder.

Nevertheless, Merkel and her party have a problem. She needs a coalition partner in order to secure a third term in the Chancellery. And her Chrisitian Democrats face the same challenge ahead of a crucial state vote on Jan. 20 in the western German state of Lower Saxony.

But the party's preferred center-right allies, the business-friendly Free Democrats (FDP), are a mess. Not only do polls show that the party may have trouble clearing the 5-percent hurdle required for representation in parliament in both the state and national contests. But the FDP is engaged in a highly public squabble over the efficacy of its leadership.

"Without a doubt, the situation is dangerous for Merkel," says Gerd Langguth, a university professor in Bonn and prominent political analyst. "There are a lot of voters who are deeply disappointed in the FDP but who want to see the CDU continue governing."

The FDP sank to a new low over the weekend. Instead of putting aside a recent internal debate about the party's leadership, senior FDP members once again displayed their rudderlessness during an annual meeting on Sunday. "It tears me apart to see the condition of my party," said German Development Minister Dirk Niebel. "The FDP cannot continue on its current course." Just in case his wording wasn't clear enough, he added "our team is not yet correctly established."

Niebel's comments were very clearly aimed at FDP head Philipp Rösler. Currently in charge of the economics portfolio in Merkel's cabinet, Rösler took over the reins of the FDP in May 2011 following months of plummeting opinion poll results that saw foreign minister and long-time party boss Guido Westerwelle step down as its leader. The party, though, has yet to return to health. In Lower Saxony, surveys indicate that a paltry 4 percent are prepared to vote for the FDP. On the national level, support is just as weak. If the FDP fails to achieve the votes necessary for parliamentary representation later this month, many observers believe Rösler will be forced out.

That could be the only hope left for the FDP. Niebel is just one of many FDP leaders who has criticized Rösler publicly in recent months. A personnel change, though unlikely to boost the party to the historic 14.6 percent it received in 2009 general elections, could be exactly what the party needs.

"You can't completely write them off," says Wolfgang Muno, a political science professor at the University of Erfurt. "With the correct people the FDP could easily come back to where they need to be. Their message is the same as it has been for the last 20 years. They just need to have the right people."

For now, however, with the FDP train wreck continuing unabated, Merkel's position is not one of comfort. Unless her Christian Democrats -- which at the national level pairs the Christian Democratic Union (CDU) together with its Bavarian sister party, the Christian Social Union (CSU) -- are able to attract significantly more voters, she remains vulnerable to a center-left coalition usurping power.

"In the long term, the CDU's position is a bad one," says Muno. "The party is limited in the number of parties it can form coalitions with."

The Social Democrats, of course, seem to be doing all they can to ensure that the chancellor need not become overly concerned. The party's chancellor candidate, Peer Steinbrück, has spent much of the last month tripping over his tongue and his past. Immediately after he was officially tapped in the first half of December, questions arose about the significant sums he had amassed on the speaking tour after his stint as Merkel's finance minister came to an end in 2009. His handling of those questions caused many in the party to worry that he is out of touch with the working class the SPD seeks to represent.

Then, at the very end of December, he gave an interview to the influential daily Frankfurter Allgemeine Zeitung in which he managed to stumble not once, but twice. In answer to one question, he insisted that the chancellor's salary is much too low, making it seem as though he is running for the Chancellery primarily for the pay check involved. Under the complicated system of remuneration, Merkel receives close to €290,000 a year for her work on behalf of the government and parliament.

In the same interview, Steinbrück also said said that Merkel enjoys a "women's bonus," a claim that prompted a New York Times comparison of the SPD candidate to Mitt Romney and his "binders full of women" comment during the second presidential debate.

Steinbrück's gaffes have begun to make many in his party uncomfortable. And the SPD's preferred coalition partner, the Greens, are likewise getting nervous, concerned that the SPD candidate may have lost before the campaign has even gone into full swing.

Hint of a Solution

Nevertheless, the SPD together with the Greens are currently polling at 41 percent -- ahead of Merkel's conservatives should the FDP fail to get enough votes to field parliamentary representatives.

The center right is hoping that the vote in Lower Saxony can provide the hint of a solution to the conundrum. The CDU state governor, David McAllister, has strongly hinted in recent days that some of his supporters should cast their ballots for the FDP to boost it over the 5-percent hurdle.

Over the weekend, Merkel was at pains to sound optimistic when answering questions about her ailing coalition partner. The FDP would make it into the Lower Saxony parliament "under its own power," she said, before repeating the sentiment in reference to the general elections in the fall.

Political analyst Langguth tends to agree. "I know a lot of people who are not CDU voters but who want Merkel to remain chancellor," he says. "Voters think strategically, and that makes me relatively confident that the FDP will leap the 5 percent hurdle in the national elections. But voters want to know that their vote won't be wasted. They have to be confident enough that the FDP will be able to stay in government." 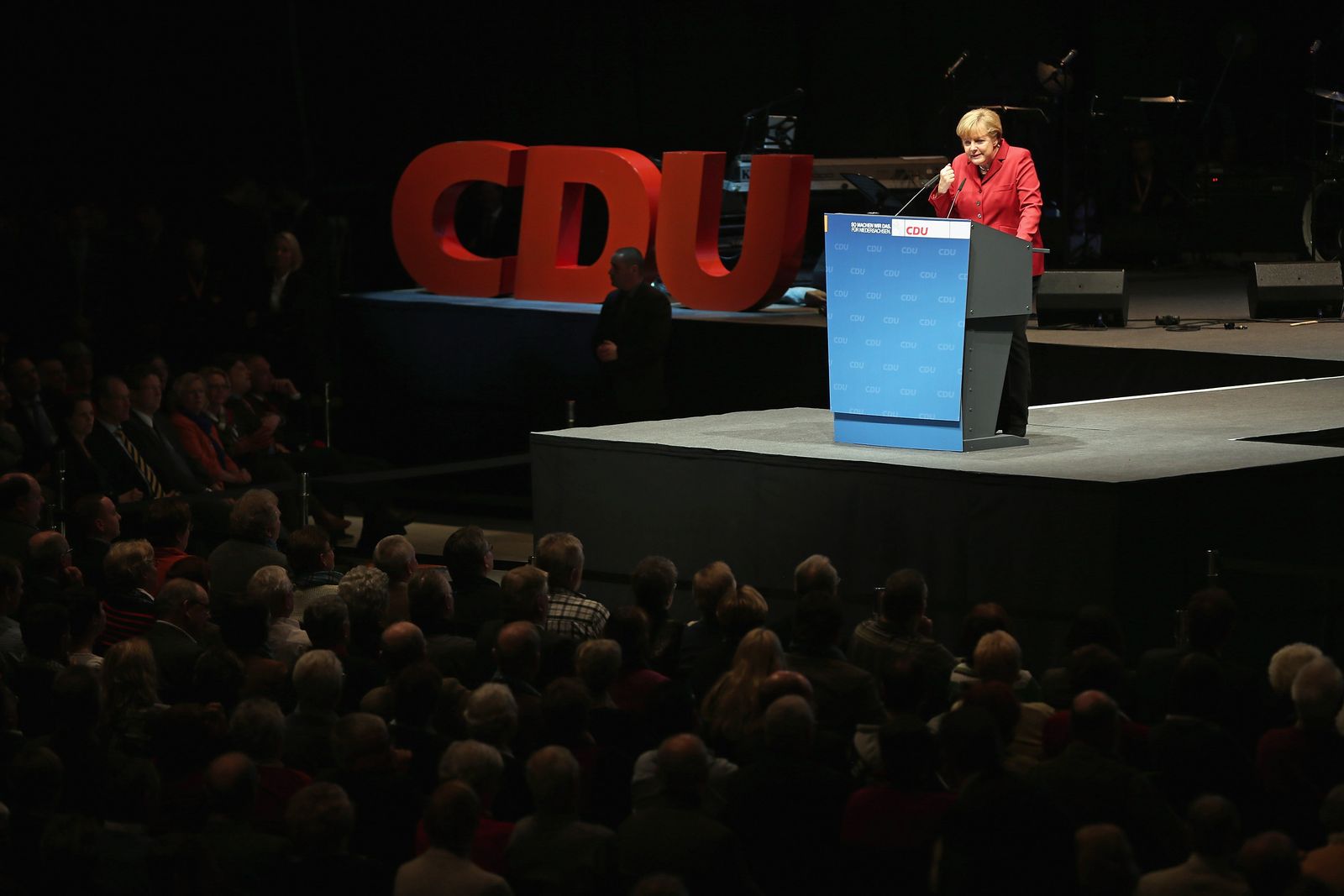 Merkel is extremely popular, but she needs a partner.