The pop star has left the stage and will now be replaced by two solid political work horses. Thomas de Maizière of Chancellor Angela Merkel's conservative Christian Democratic Union (CDU) and Hans-Peter Friedrich of the CDU's Bavarian sister party, the Christian Social Union (CSU), will be given the task of filling the gaping hole left by Tuesday's surprise resignation of Defense Minister Karl-Theodor zu Guttenberg, who stepped down after being caught plagiarizing significant passages in his Ph.D. thesis.

Thomas de Maizière, who is currently Germany's interior minister, will become defense minister. Hans-Peter Friedrich, the head of the CSU in the German parliament, the Bundestag, will take over as interior minister, essentially the country's man for law and order. The two men are expected to be confirmed in their new positions on Thursday morning by German President Christian Wulff.

In order to replace Guttenberg, Merkel shuffled her cabinet slightly and brought in a new face. For the chancellor, it was the most reasonable solution available. Above all, it was a way out of the quandary that Merkel and, in particular, CSU leader Horst Seehofer had found themselves in during the hours after Guttenberg's resignation. How could a politician who had been so popular with the people be replaced? It was clear to Seehofer that he didn't really have a realistic replacement within the leadership ranks of his own party.

Guttenberg's shoes were simply too big to be filled from within the CSU. Regardless who the party chose to replace the politician -- be it Guttenberg's own deputy in the Defense Ministry, the bland Christian Schmidt, Hans-Peter Friedrich or one of Seehofer's state-level ministers back in Bavaria -- none had the glamour of Guttenberg or the clout to implement the mammoth reforms that are being planned for Germany's armed services, the Bundeswehr. Any of them would have been sailing in rough waters.

'I Will Treat Myself to a Drink To Celebrate Tonight'

Instead, they came up with a clever swap. Because the CSU leaders available are too weak for the Defense Ministry, Merkel is handing over the more prestigious Interior Ministry to her sister party. That allows Seehofer to make up for some of the influence lost through the sudden departure of the political heavyweight Guttenberg. "I will treat myself to a drink to celebrate tonight," said Seehofer, who is also Bavarian governor, on Wednesday in Munich. After all, Seehofer's party is now receiving the more prestigious Interior Ministry without having to give up either of its other two ministries.

When Merkel first negotiated with the CSU to form a government in autumn 2009, she offered the Interior Ministry to the party, but said it would only have gotten two ministries in total -- a package that would include the Agricultural Ministry. At the time, Seehofer rejected the offer, partly on Guttenberg's advice. Instead, he negotiated for the Defense Ministry plus two other ministries. In a surprising development, the CSU's Peter Ramsauer was able to become transportation minister, Ilse Aigner became agricultural and consumer affairs minister and Guttenberg got the job of defense minister.

Now the CSU has lost Guttenberg, but it has improved its position by trading up for the Interior Ministry, giving it a better combination of ministries than before. And by having one of its own in the Interior Ministry, the CSU can also score points with voters back in Bavaria. During his time as interior minister of Bavaria, CSU politician Günther Beckstein attracted national attention and many fans in his home state with his hard line on security and terror issues. The politician would have loved nothing better than a promotion of his position to the national level.

Unlike Beckstein, Hans-Peter Friedrich does not exactly have a reputation as a hardliner. On the contrary, he is considered level-headed and liberal, and has so far shied away from picking political fights. He is likely to have a similar vision of the position of interior minister as de Maizière, who tended to take a low-key approach and avoided high-flying rhetoric about national security.

From a Military Family

Thomas de Maizière was one of the first names that came up in coalition circles on Monday when the search for Guttenberg's successor began. The 57-year-old is a long-time loyal confidant of the chancellor and an important, albeit mostly inconspicuous, pillar of her cabinet. Back when he was Merkel's chief of staff, during the 2005-2009 "grand coalition" of the conservatives and the center-left Social Democrats, he was always loyal to the chancellor and proved himself to be quietly effective.

De Maizière lacks the glamour of a Guttenberg entirely. But the conservatives' desire for such charisma is limited at the moment as a result of the defense minister's abrupt fall from grace -- even if there had been a suitable candidate with the necessary star quality. The CDU will trust de Maizière to carry out the enormous task of reforming Germany's military, the Bundeswehr, in a competent and dependable manner. He can also be expected to come across as a sober and down-to-earth defense minister in his role as commander-in-chief of the German armed forces.

Observers also expect that de Maizière will, like his predecessor, be able to score points through his personal contact with the troops. Guttenberg had successfully cultivated relations with the soldiers during multiple visits to the front in Afghanistan. And de Maizière already has personal experience with the military to draw on: His father was head of the Bundeswehr from 1966 to 1972.

De Maizière is considered a political all-rounder, as well. He began his political career in the 1980s when he worked for two conservative Berlin mayors, Richard von Weizsäcker (who would later become German president) and Eberhard Diepgen. He advised the last government of East Germany under his cousin, Lothar de Maizière, who was the only democratically elected East German prime minister. Later he served as chief of staff of the state chancelleries in Mecklenburg-Western Pomerania and Saxony. In Saxony, he also served as the state's finance minister, justice minister and interior minister.

It's no wonder, therefore, that de Maizière has repeatedly been touted in recent years as a possible successor to Finance Minister Wolfgang Schäuble, who has had health problems. Schäuble's condition has since stabilized, but some in the coalition government are still worried about the consequences of a possible relapse.

But if that happens, they will have to find someone else to fill his shoes. Thomas de Maizière is no longer available. 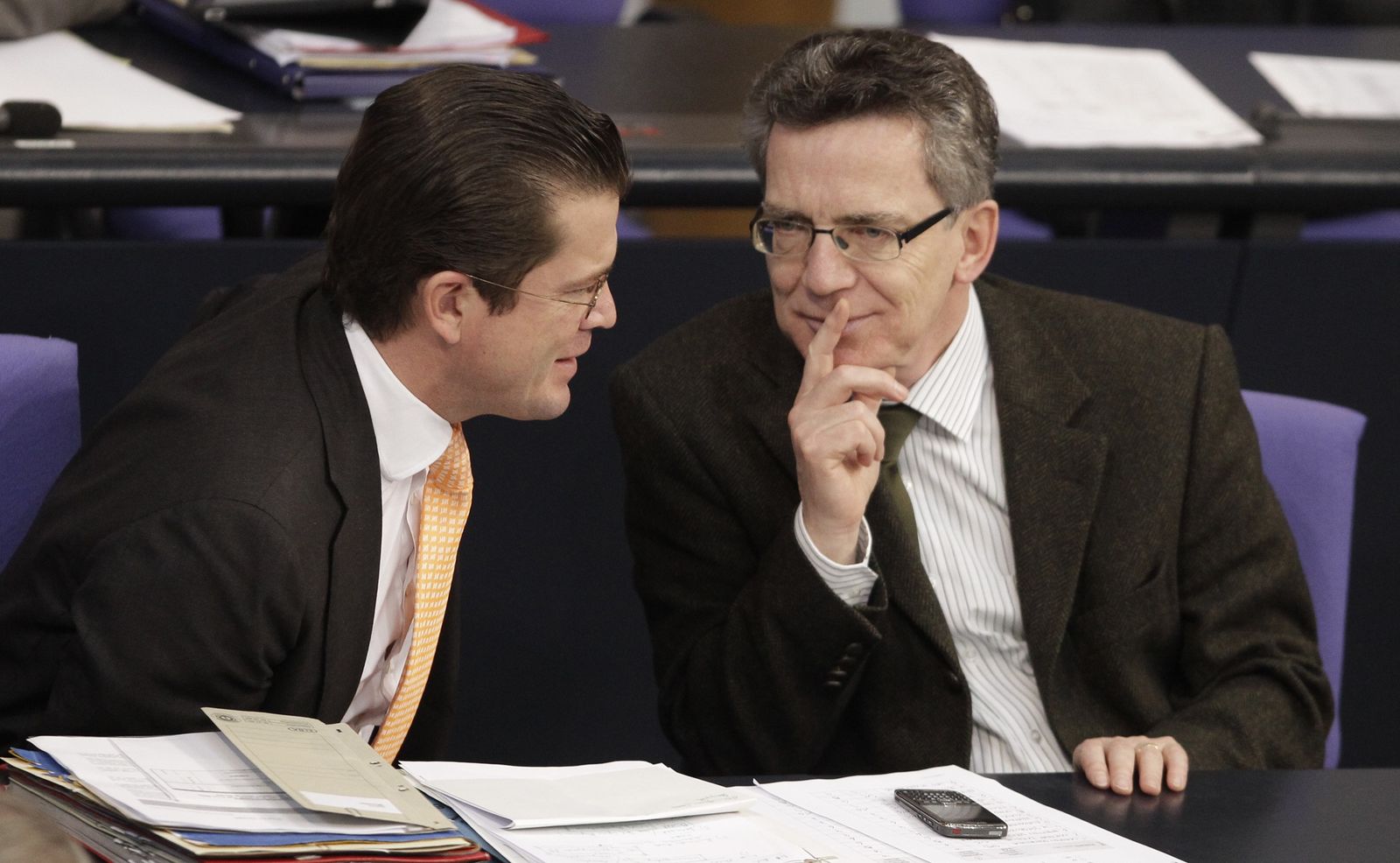