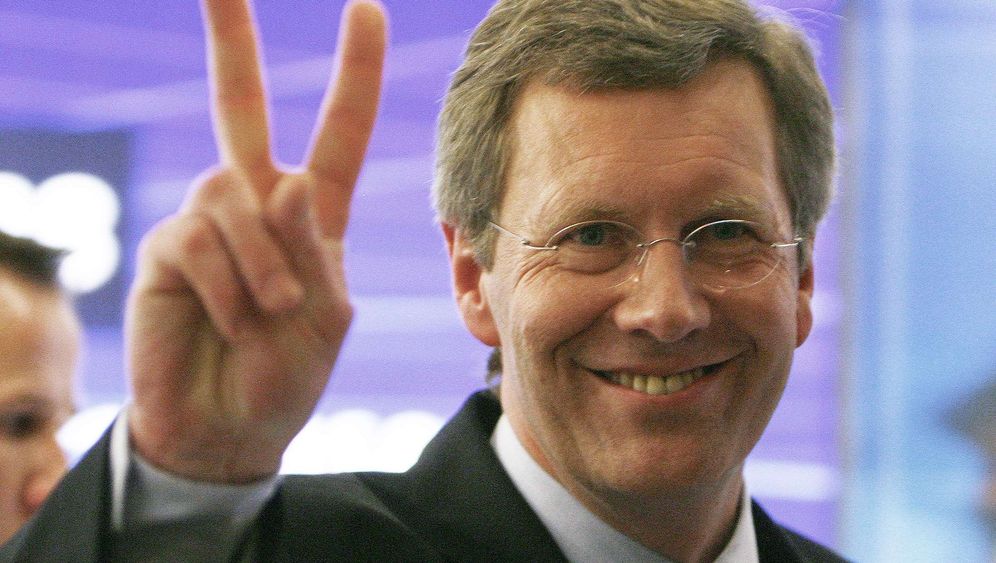 Let's get one thing clear right at the start: Angela Merkel's choice of Lower Saxony Governor Christian Wulff as her candidate for German president is not a bad one. Wulff, who was announced as the coalition government's candidate on Thursday evening, is likeable as a person. He is a successful politician and knows the business of politics well. Unlike his predecessor Horst Köhler, who unexpectedly resigned on Monday in reaction to criticism of contentious remarks he made on Germany's mission in Afghanistan, Wulff will not run screaming from the room at the first sign of criticism.

Those traits are already worth a lot. It could be that Wulff -- whose election as president is practically certain, given that the governing parties have a comfortable majority in the body that chooses the president -- could even prove himself to have previously unsuspected talents in his new office, perhaps as someone who builds bridges and sparks new initiatives. It's true that the man has not yet shown a huge capacity for such things, but he is only 50. Who knows what the future might bring? In the past, people have certainly underestimated Wulff on occasion.

The choice of candidate is not, however, the bold step that many Germans were hoping for. The "wow" factor is missing. The new president would be but a sheep in Wulff's clothing.

Out of Merkel's Control

What is much more interesting than the new candidate, however, are the circumstances under which he was nominated. Many people are asking themselves what happened exactly. Wasn't Labor Minister Ursula von der Leyen, who on Wednesday was widely reported to be Merkel's favorite for the job, supposed to become Germany's new president?

Things slipped out of Merkel's control, even if the chancellor naturally wants to put a different spin on what happened. Her famous skill of outwitting her opponents was nowhere to be seen. Instead, she allowed one of her most popular ministers to be publicly portrayed as a shoo-in for president, only for her to be suddenly withdrawn from the race. That's hardly good political management.

Merkel found herself in an unenviable situation. In the middle of a number of serious crises affecting the global economy, the European Union and her own government, Merkel had to look on as the German president threw in the towel. It's not hard to imagine what Merkel has been saying privately about Horst Köhler, who landed her in this mess. The chancellor was under considerable pressure to act swiftly. Any dithering would likely have heightened the presidential crisis, which wouldn't have made matters any easier.

Christian Wulff wanted to be president and made his desire clear. Merkel could not get around that fact. Was he really her first choice? That's something that can be seriously doubted.

An Offer She Couldn't Refuse

When Wulff said yes, Merkel also had to agree. According to the internal logic of Merkel's conservative Christian Democrats (CDU), Wulff, as a longtime state governor and deputy head of the CDU, had a greater "right" to be president than the relative newcomer von der Leyen, who only joined Merkel's cabinet in 2003. Within the CDU, there is a broad coalition supporting Wulff, and Merkel was forced to take their wishes into account. They include:

Should Merkel have tried to take them all on? Of course not. Instead, Merkel decided to make a virtue out of necessity, and positioned herself at the head of the pro-Wulff faction. That way she avoided having to engage in a battle of wills.

And why should she? She can certainly use von der Leyen in her cabinet. A major reshuffle in these troubled times would have cost her a lot of energy. Furthermore -- and this is something that is much more comforting for the chancellor -- installing Wulff as German president would mean Merkel has sidelined the last of her potential intra-party rivals. Perhaps the Christian Democrats will succeed after all in selling the whole sorry mess as a victory.