Now that Ireland has become the second country in the euro zone to ask for a bailout from the European Union, and given that Portugal may not be far behind, politicians in Germany have a problem. While the details of the rescue package for Ireland are not yet clear, one thing can be regarded as reasonably certain: As the strongest economy in Europe, Germany will once again be called upon to step up to the plate.

Germany will be the largest guarantor of the bonds that the European Union rescue fund, which was set up in the spring, will likely issue to borrow money to help stabilize Ireland. Unofficially, there is talk of guarantees worth an estimated €90 billion ($122 billion), with Germany's share possibly amounting to around €25 billion.

has yet to make an official statement on Ireland's request for help. But it won't be long before she has to explain to the German population why a bailout for is necessary. And she knows full well that skepticism about Europe and its common currency has been growing, especially since the The latest developments in Ireland are only likely to add to those doubts.

The German chancellor recently issued a sober warning about the need to support the common currency. "The way we address the issue of a stable euro will determine the health of the economic and monetary union, the future of the European Union as a whole and therefore also our future here in Germany," she said.

On Monday, Merkel defended her position behind closed doors to the parliamentary group of her conservative Christian Democratic Union (CDU) and its Bavarian sister party, the Christian Social Union (CSU). According to sources who took part in the meeting, she said that aid for Ireland was necessary, but had to be tied to conditions. It was important to atone for the sins of the past, she apparently said.

For some time now, Merkel and her strategists have been concerned about the possibility that a euroskeptic party in Germany could at some point profit from the general mood of discontent regarding the EU. In that respect, Merkel sees the case of Ireland as being about much more than just the technical details of the aid package. For her, it is also about the question of who will be the opinion leader on EU issues.

The mood in the German media landscape is not exactly sympathetic to Merkel's position. "Euro Alarm -- What the Bankrupt Irish Will Cost Us," read a recent headline in the influential tabloid Bild. During the Greek crisis, the newspaper caused an international furor with its provocative headlines. Now the Irish are worried they will be next in the German media's pillory. "The German government is taking a completely different position in that respect," said government spokesman Steffen Seibert on Monday in response to a question from a British journalist.

In the Chancellery, the official position is that Ireland is not Greece, and the countries are not comparable. "We should consider things country by country," said Seibert, adding that it was "completely wrong" to treat groups of countries as if they were all the same.

The chancellor is waiting before making any statements about the latest developments. The European Central Bank and the International Monetary Fund want to present proposals for how to deal with the situation in Ireland during the course of this week. Only then is Merkel likely to address the public.

But the chancellor's basic take on Ireland can already be perceived and can be summed up as follows: We are better equipped to deal with the current crisis than we were in May, thanks to the new EU rescue fund, and we want to work within the EU to set up more crisis mechanisms for the future.

For Merkel, the new situation in Ireland provides further evidence of the need to involve private-sector investors -- i.e. the banks -- in a future permanent crisis mechanism, as she has called for. In recent weeks, the chancellor has been the target of criticism from other euro-zone leaders, because they feared that Germany's plan to involve the banks could in turn raise their borrowing costs on the markets. There were also critical voices from within the European Central Bank.

But Merkel is determined to stand firm on the issue. Speaking on Monday, Merkel's spokesman Seibert reiterated the chancellor's position, saying that the current situation shows the need to involve the banks in a future mechanism after the current EU rescue fund expires in the summer of 2013. Involving the private sector was "necessary, useful and, above all, important to citizens," he said, adding that it was "something that politicians should keep clearly in mind."

In order to secure popular acceptance for a bailout, Merkel and her colleagues want to put pressure on Dublin to implement a tough reform program that would also address the issue of government revenues. Ireland's low rate of corporate tax, which is just 12.5 percent, has attracted many companies to the country. For the time being, the German government has not revealed what it wants from Dublin in terms of concrete demands.

But many people in Merkel's conservative-liberal coalition want Ireland to raise its tax rate. "It is unacceptable that countries such as Ireland poached companies in Europe through low tax rates only to rely on aid from other countries during a crisis," said Michael Fuchs, a CDU expert on small- and medium-sized enterprises. Ireland must take action on both spending and revenues and aim for a "European level" for its corporate tax rate, Fuchs told SPIEGEL ONLINE.

Some members of the business-friendly Free Democrats, the junior partner in Merkel's coalition, see it differently, however. FDP financial policy expert Volker Wissing told SPIEGEL ONLINE that the priority should be the tightening of the euro zone's stability pact, rather than a change in Ireland's corporate tax rate. "The FDP sticks to its demands for an automatic sanction mechanism (for countries that break the stability pact's deficit rules) as well as a bankruptcy procedure for euro-zone countries," he said.

As well as bearing the wishes of her coalition in mind, Merkel also needs to keep an eye on the opposition. Sigmar Gabriel, the leader of the center-left Social Democrats, is looking to make political capital out of the euro's latest woes, just as he did during Greece's debt crisis. He accuses Merkel of concealing the truth from voters and damaging Europe. "Those countries that have benefited most from the common currency -- such as Germany, the world's second largest exporter -- must ensure that the poorer countries in the euro zone are helped," Gabriel recently said.

But Merkel can take solace in one thing: The emergency funds for Ireland do not need to be approved by the German parliament, the Bundestag. The parliament already passed the euro rescue fund at the height of the Greek debt crisis, effectively clearing the way for help for Ireland too. This time around, the German government only needs to inform the parliament's budget committee of its plans. 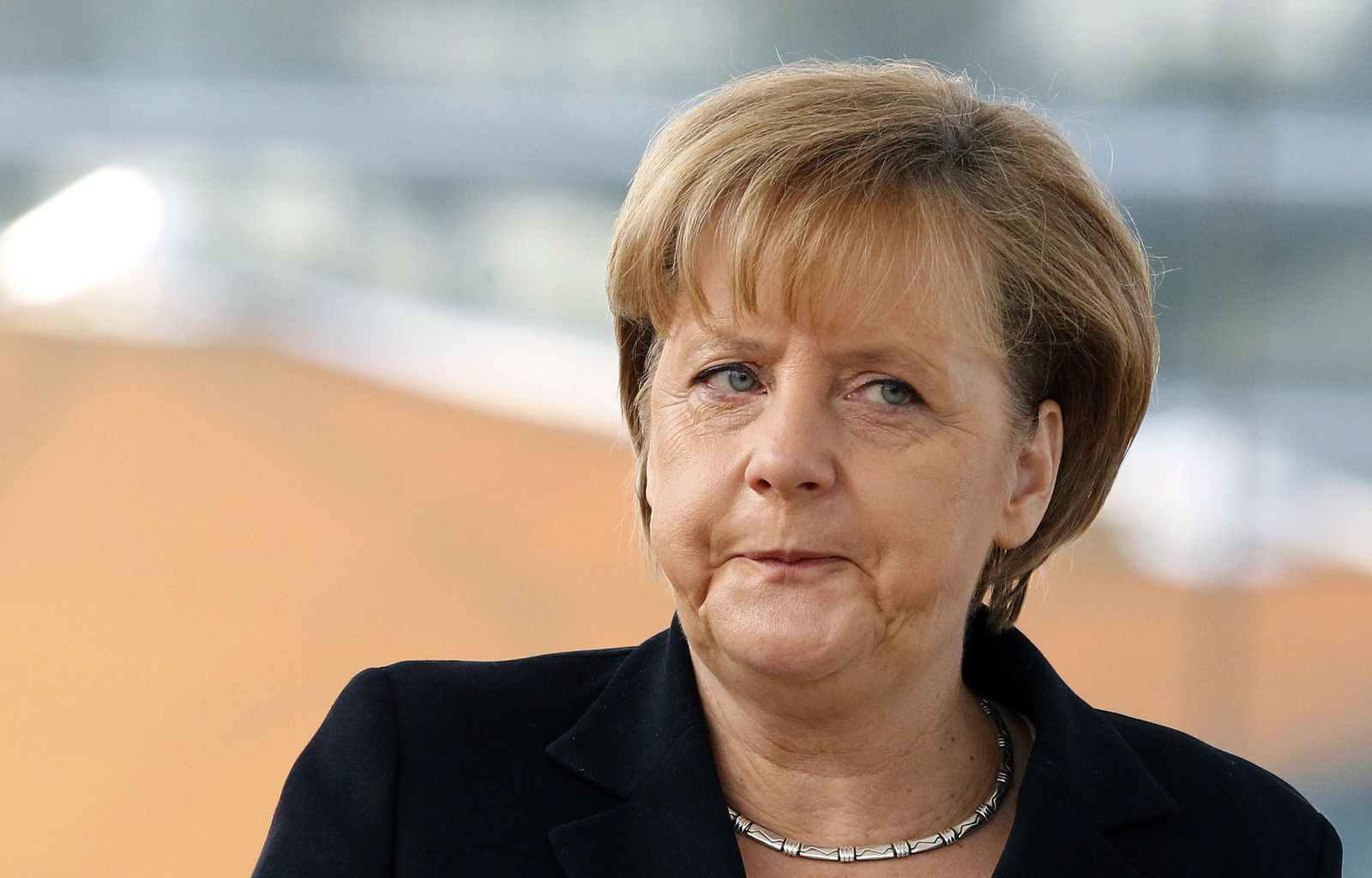 Merkel will have to persuade voters that a bailout for Ireland is worth it.