The late German sociologist Niklas Luhmann defined trust as a "mechanism to reduce social complexity." In plain language, that means that we have to intuitively place our trust in others, because the world around us has become so complex and fast-moving. But we need something in return: Those in whom we place our trust should also act on our behalf, in the way that we expect.

Trust is the political catchword of the day, and trust in politics has become an extremely scarce resource in Germany. People are constantly trying to restore trust, strengthen it or gain it. That scarcity is a problem. Indeed, there are currently three crises of confidence affecting German politics.

The first crisis of confidence is a general one between politicians and voters.

People have grown apart. The opposition may be celebrating the fact that the German government -- which comprises Chancellor Angela Merkel's conservative Christian Democratic Union (CDU), its Bavarian sister party the Christian Social Union (CSU) and the business-friendly Free Democratic Party (FDP) -- is faring so poorly. Politics as a whole, however, has suffered as a result of the events of recent months. The euro crisis, the financial markets crisis and the recent resignation of Germany's president, Horst Köhler, have left many voters at a loss. Isn't preventing these kinds of problems the job of our elected representatives in the first place? And how could it be that the president of Germany would step down in the midst of such a dire situation? And why, of all people, has a colorless CDU footsoldier now been selected as the government's candidate for the position of president?

These are the questions currently being asked by voters. And the answers to each of them are similar: Germany's politicians are to blame. That answer is exaggerated and overly general. But the sentiment is certainly there. It's the only way one can explain the fact that the conservatives and the FDP are falling in the opinion polls and also the fact that, paradoxically, the largest opposition party, the center-left Social Democrats, have failed to profit from the government's slip in popularity.

The second crisis of confidence is between the government and the people.

At the beginning of their term in office, the conservatives and the FDP made a number of big promises that they couldn't keep. They held out the prospects of tax reform, but they had no money to pay for it. They gave what were tantamount to handouts to lobby groups and, in doing so, further increased government spending. They acted as though everything was under control, and any important decisions were delayed until after a key state election in North Rhine-Westphalia. To make a long story short: They gambled away a considerable amount of trust.

Now the government wants to win back that trust. It wants to be responsible, reliable and serious. It has made a start with the new savings package. Of course anyone can dispute or debate the merits of any of the individual austerity measures -- and when it comes to that kind of discussion, Germans and their unions are world champions. So be it. What matters at the end of the day, though, is that this government is actually doing something. On Monday, it began to govern, eight months after it got elected. Finally.

It is also clear to everyone that the real work is yet to come. So far, all that has been announced is just the outlines of a plan -- many details haven't even been addressed yet. And the planned savings could erode quickly if they fall into the hands of lobbyists before being approved by the German parliament. And that will be the challenge for Chancellor Merkel's coalition government: It can only win back trust if it actually follows through with the actions it has announced.

That leads us on to the third crisis of confidence, which exists between the governing parties themselves.

This coalition government is its own worst enemy. Leading politicians in Germany's governing parties call each other the kinds of names used on a school playground -- or even worse -- when the microphones are switched off. The crisis of trust between the government and the people is accompanied by a crisis of trust between politicians themselves. The CDU, CSU and FDP are all fighting for the trust of the people -- each unto his own, but never together. This government is not playing as a team. If German national soccer trainer Jürgen Löw had to take this side to the World Cup in South Africa, he'd be in a state of panic.

The big question is whether Merkel and her cronies will be able to bring these crises under control.

The prognosis doesn't look good. Plans for major reforms in the areas of health care, the German military and the tax system have yet to be decided on. These issues provide plenty of new fodder for conflict.

The upcoming presidential election could also create new problems. If, against all expectations, Merkel's candidate Christian Wulff fails, because members of parliament from the coalition parties defect en masse to the opposition candidate, Joachim Gauck, then the current government's days in office could be numbered.

Niklas Luhmann calls trust "a risky advance payment." That's something that every voter who places his or her trust in a politician has to recognize. Anything else would be naïve.

But one's trust can also be betrayed. When that happens, the politician in question gets kicked out at the next election. That's what we call democracy. 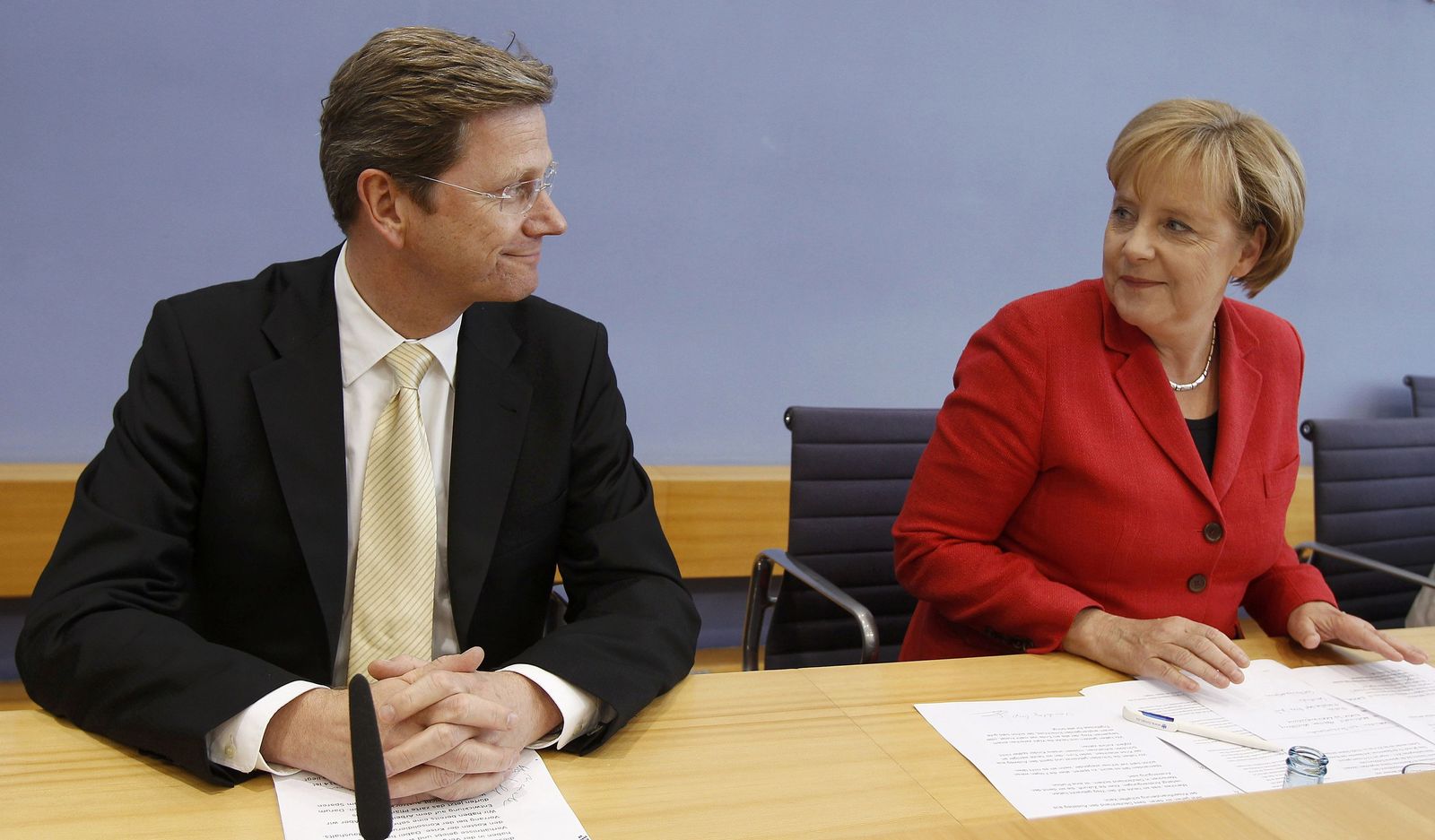